The camp only runs for two weeks. It's not nearly enough time to master the language, but that’s not the point. 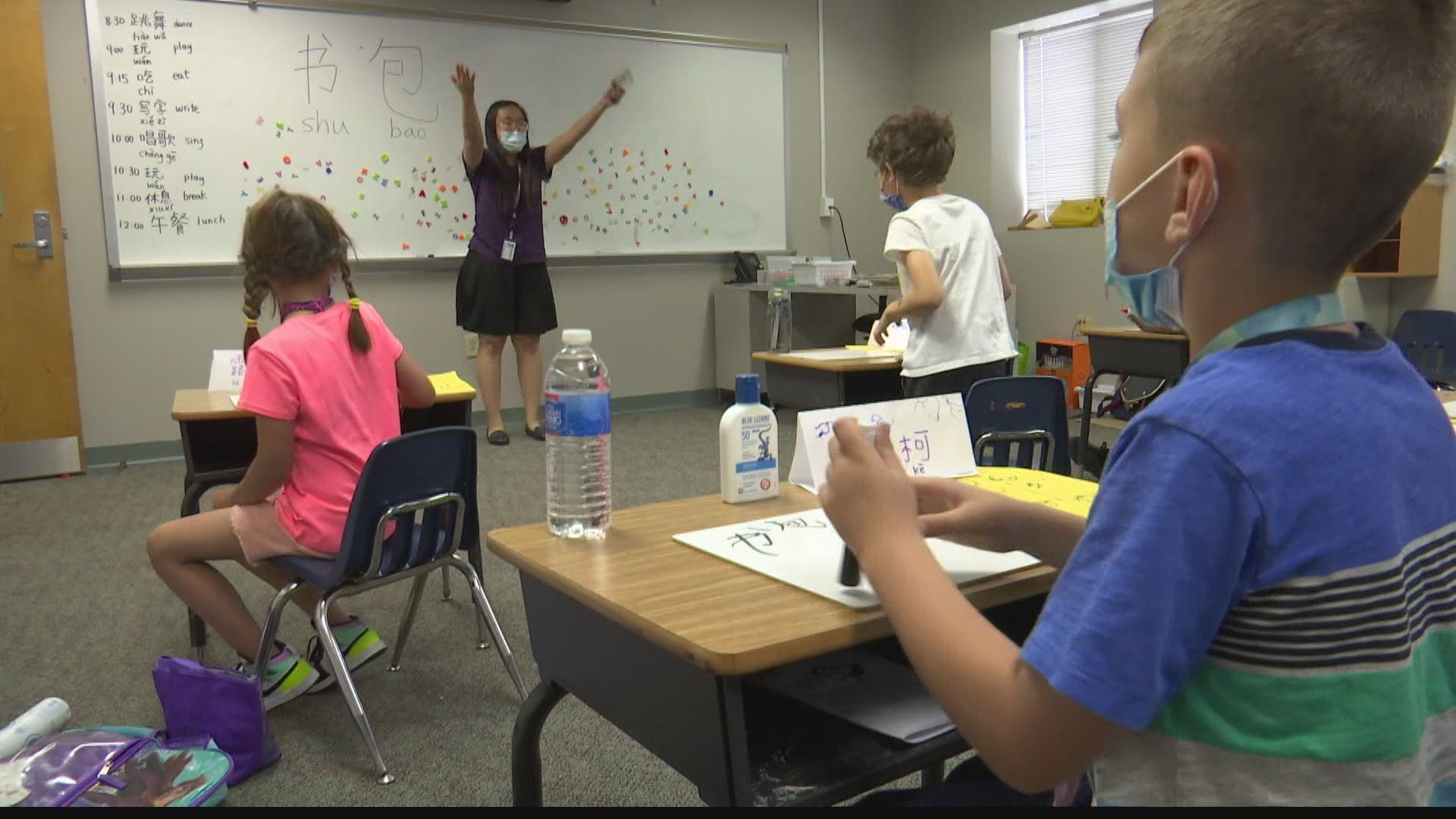 INDIANAPOLIS — The International School of Indiana is in the midst of its brand new Summer Language Camp that runs June 14-25.

“They don’t maybe reach the height of it, but they can communicate, they can speak, and I feel like they can say, 'I speak a language a little bit,'” said Arabic instructor Ebrahim Bamanger.

On top of Arabic, the camp also offers Mandarin classes.

“The power of this is the exposure so that then they can go on and choose if they’d like to delve in with more fluency either at a school like ours or other locations learning these languages,” said Elizabeth Head, the International School of Indiana's Head of School.

The camp's instructors are professors from Indiana University's Hamilton Lugar School of Global and International Studies. It only runs for two weeks. It's not nearly enough time to master the language, but that’s not the point.

“One thing I really would like my students to hopefully take away from these two weeks would be Mandarin, or Chinese, whether it’s in terms of history, culture, people or language," said Mandarin instructor Ting-Han Chang. "They're diverse in many ways, and I think it's important to have some of that knowledge."

The camp is available to any students as old as seniors in high school and as young as pre-kindergarten.

“Here at ISI, we develop children all the way through with languages as well because it helps Indiana to be more globally minded, more international," said Head. "It recruits workforce development for the state of Indiana, and then, we can also send people around the world professionally and personally with these different talents and skills.”

In addition to this camp, the International School will host an additional camp that runs from June 21 through July 2 that teaches Portuguese.