Fire at auto yard on Indy's south side damages 40 cars

It took firefighters more than 90 minutes to get the fire under control. 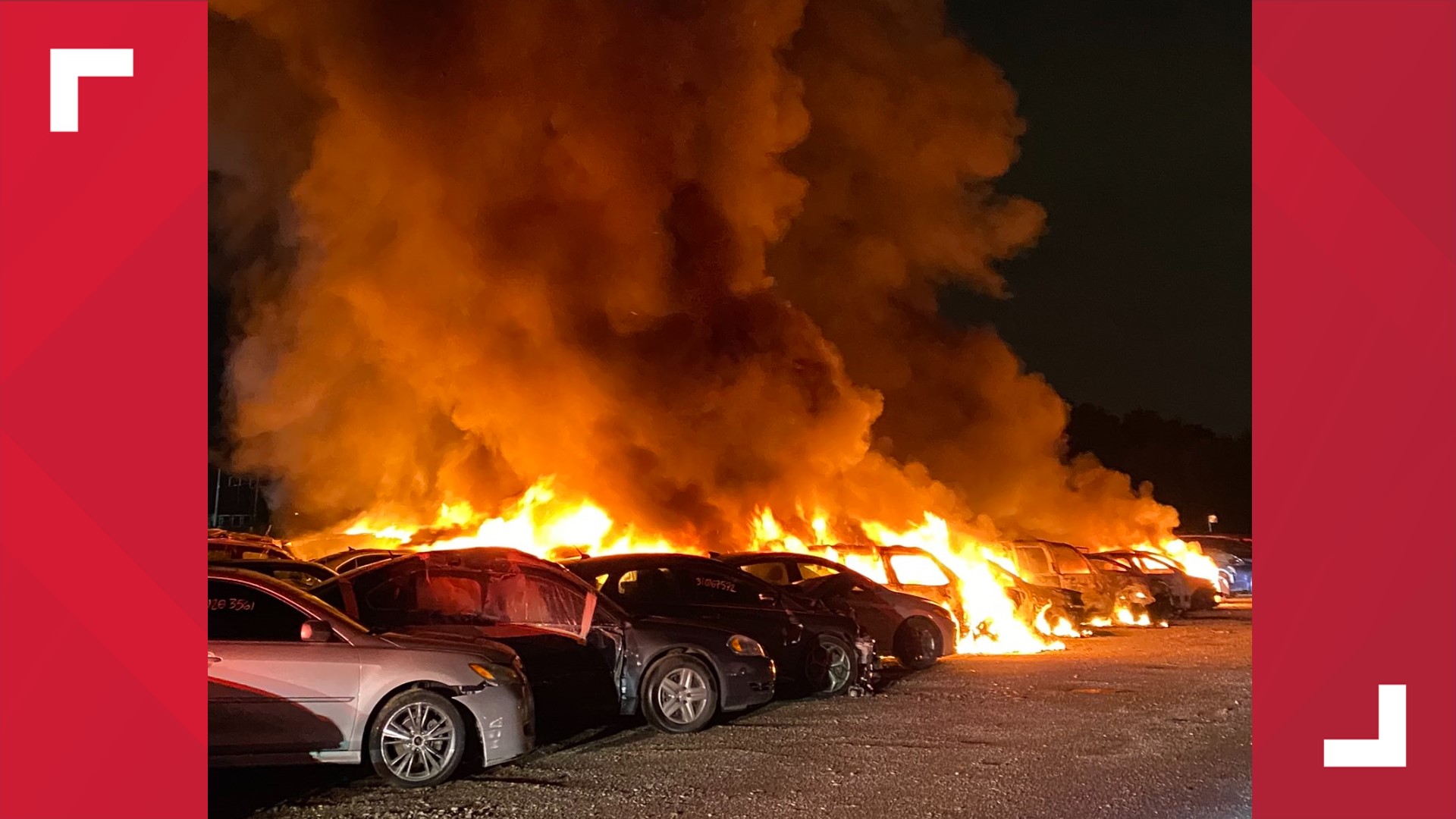 IFD arrived to find approximately 40 cars on fire and were able to get the fire under control just before 3:30 a.m.

According to an IFD spokesperson, reports of explosions heard were from magnesium products, tires and fuel tanks from the vehicles.

There were no injuries reported in the incident.

IAA is looking into the possibility of a lightning strike as heavy storms recently passed through the area. The business had been closed since 6 p.m.