Indy's SoChatti makes chocolates with beans from around the world

The owners call it "a chocolate experience." 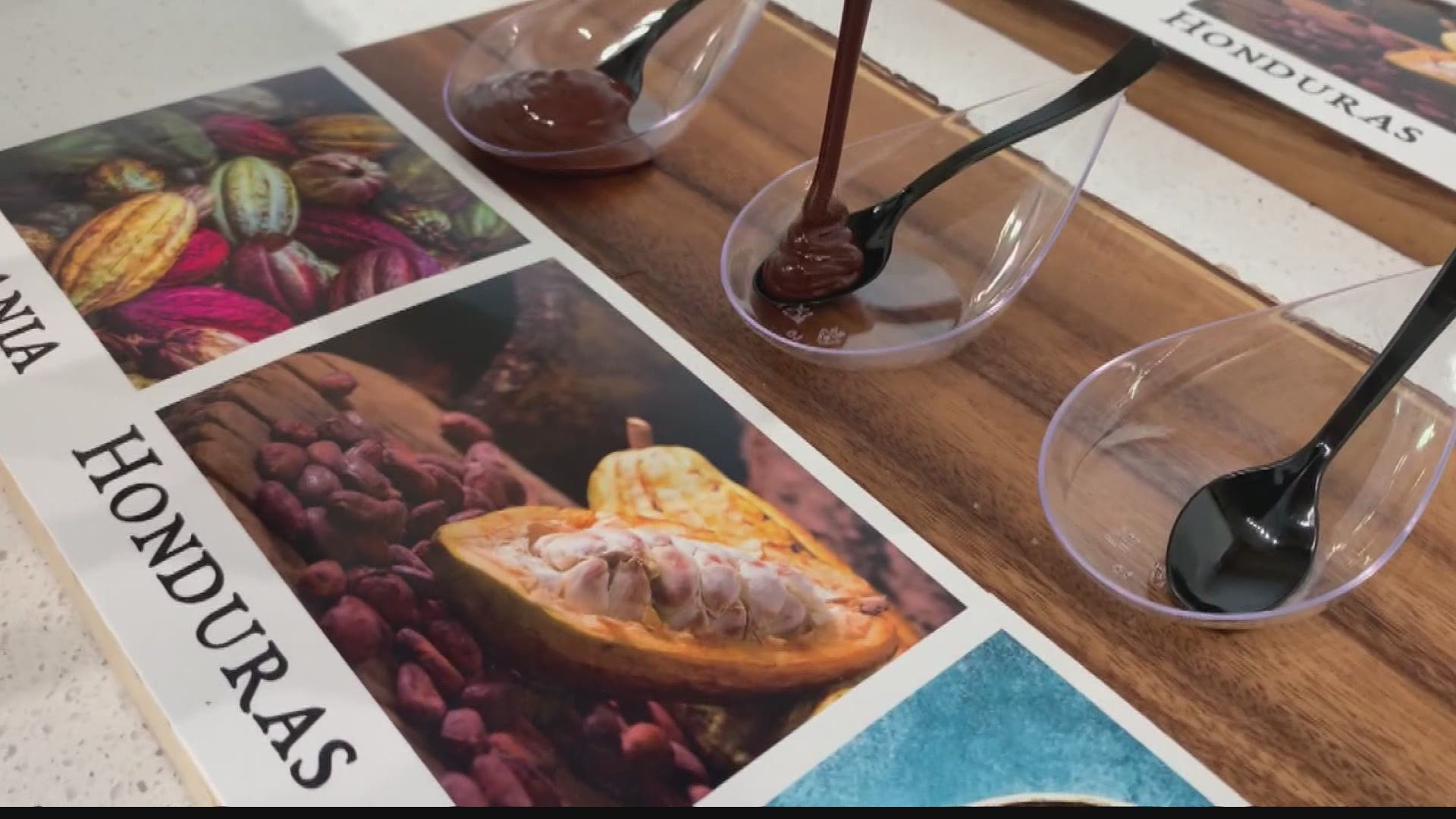 INDIANAPOLIS — It’s been nearly 50 years since the release of the original "Willy Wonka and the Chocolate Factory" and its peek inside the magical world of sweets.

The 1971 movie probably changed the way many imagined the process of making candy, even though most of us have never actually seen a real-life chocolate factory.

But did you know there was one right here in Indianapolis?

The owners of SoChatti call it “a chocolate experience.”

Think wine tasting, but chocolate. That's the concept of SoChatti, a sweet getaway offering chocolate from beans grown all over the world, but made in downtown Indy.

Owner Matt Rubin teaches all things cocoa. Oddly enough, Rubin said he wasn’t a fan until his wife found out she had a milk allergy.

"I was in the process of throwing away her chocolate stash, and she broke down," Rubin said. "I spent two days doing research and made some chocolate at home, and it went from a hobby to a business in about eight months."

The recipes are no doubt unique, but their signature is a chocolate warmer — kind of like a Keurig, but for chocolate!

“Some people, at two in the afternoon, will drizzle it over their fresh fruit and have it with a cup of coffee. Some people will just put it all over their breakfast," Rubin said.

Gavin Harp is trying it out to make a signature drink at a nearby distillery.

“It's a dark chocolate from Tanzania,” Harp said. "We were looking for that almost fruity deep chocolaty flavor."

And it’s all made in-house.

It's been a sweet success, shipping to customers as far as South Africa and Paris. And though Rubin says no two "chocolate experiences" are the same, this is the sweet impact he hopes it has.

“I really want them to walk away with the power to be their own chocolatier and having the hunger to explore different origins of chocolate,” he said.