13News reporter Carlos Diaz takes a look at our history and found words from 1968 that still apply to current events. 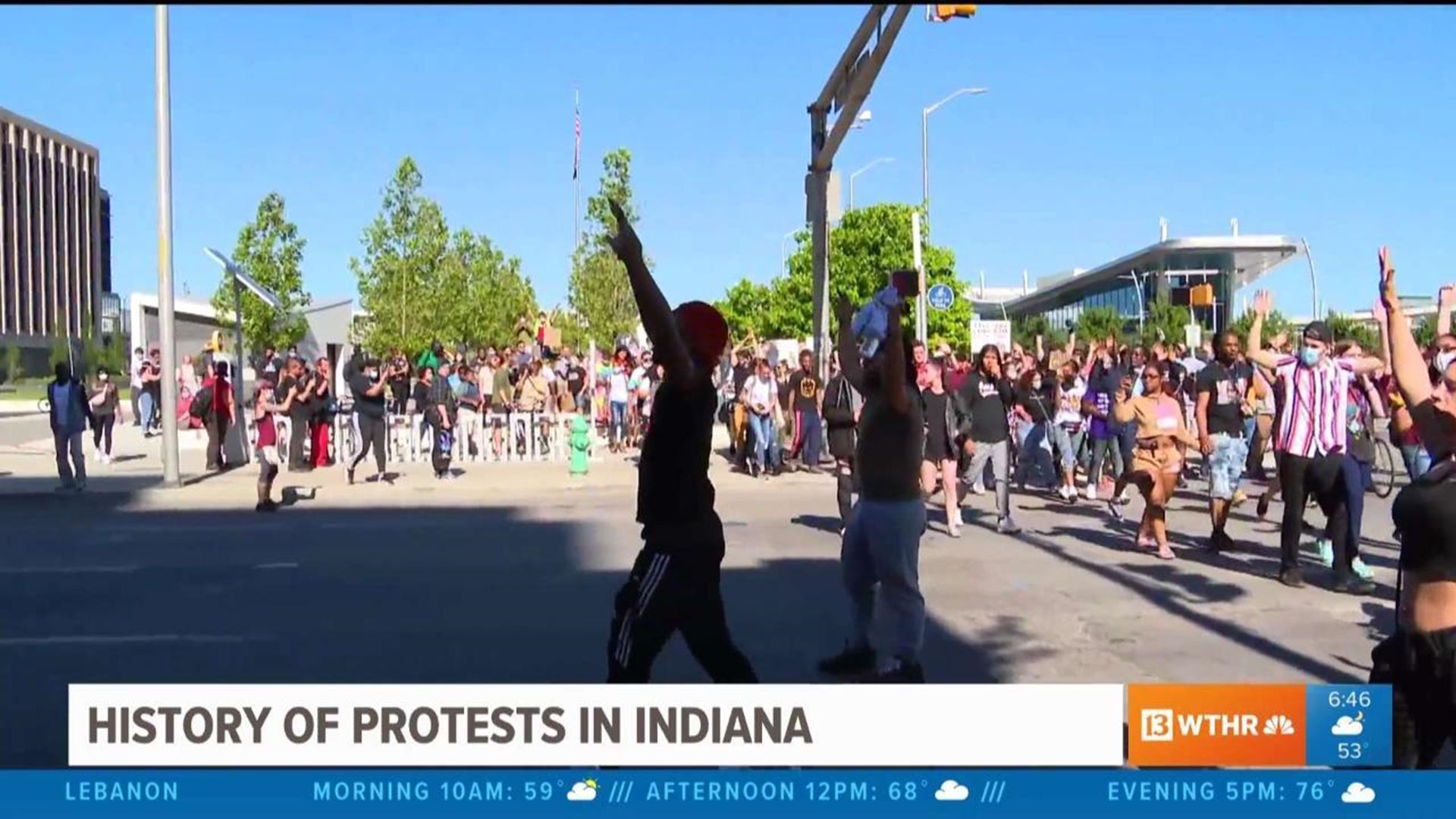 INDIANAPOLIS (WTHR) — Protests seen across the country this weekend evoke memories from more than 50 years ago, when outrage over the assassination of Dr. Martin Luther King Jr. resulted in similar demonstrations.

Indianapolis remained mostly peaceful Sunday, but that wasn't the case for most of the weekend.

13News reporter Carlos Diaz took a look at our history and found words from 1968 that still apply to current events.

Sen. Robert F. Kennedy spoke in downtown Indianapolis on April 4, 1968 — the day King was killed. Today, at MLK Park, stands the Landmark for Peace Memorial, where Kennedy's words from that day are written in stone.

"For those who are black...you can be filled with bitterness, with hatred, and a desire for revenge," the monument says. "We can move in that direction as a country, in great polarization — black people amongst black, white people amongst white — filled with hatred toward one another. Or we can make an effort — as Martin Luther King did — to udnerstand and to comprehend, and to replace that violence, that stain of bloodshed that has spread across our land, with an effort to understand with compassion and love."

Kennedy went on to say the country needed love, wisdom and compassion in place of hatred, violence and lawlessness, and justice for those who are still suffering.