If practice makes perfect, then some students from Pleasant Run Elementary School have their sights set there. 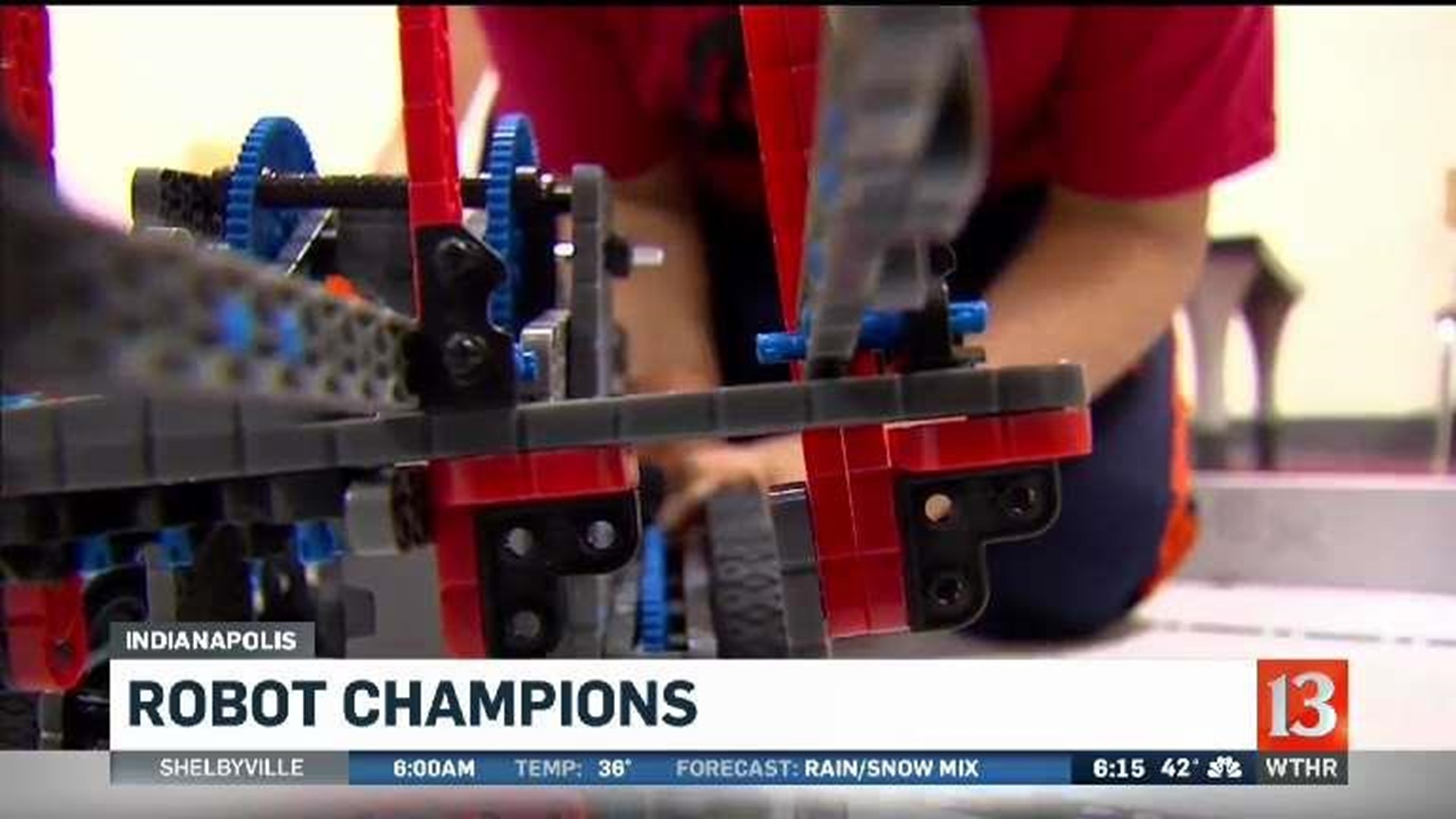 INDIANAPOLIS (WTHR) - If practice makes perfect, then some students from Pleasant Run Elementary School have their sights set there. The Panther Bot, five 4th graders who make up the school’s robotics team, have had quite a meteoric rise this year, a rise that’s landed them on the world stage.

It all began with a starter kit to build a robot last September, but in the hands of the Panther Bots it became so much more.

The team has been studying engineering this year and went through four different robot models before they found the one that worked for them. Not only did it work, it’s had them winning awards at competitions all across the state this school year.

The design, research and presentation have earned them several major awards including one at the state competition last month and the opportunity to compete with students from all over the world next month at the Vex World Championship in Louisville.

The journey hasn't always been easy. Their coach says some of the students ran in to racism at the competition with people telling the Latino students on the team to go back where they came from.

The students say they haven't let that stop them. It’s only fueled them to work harder.

“I feel like what they say doesn't affect us,” said 10-year-old Elijah Goodwin.

“When you are a good team, people are going to hate you for being good and I think what people say can make you greater,” he added.

The students have one other big hurdle to clear though to even get to the competition, money.

They're trying to raise $8000 to cover the cost of travel, food, hotel stays and registration for the competition.

They’ve started a Go Fund Me page to help them their efforts.

The simple truth, according to their teachers is that the families of these students just don’t have the money to spare.

So they're trying to find it another way.