Some Indianapolis residents spent part of their Labor Day trying out the city's new Red Line. 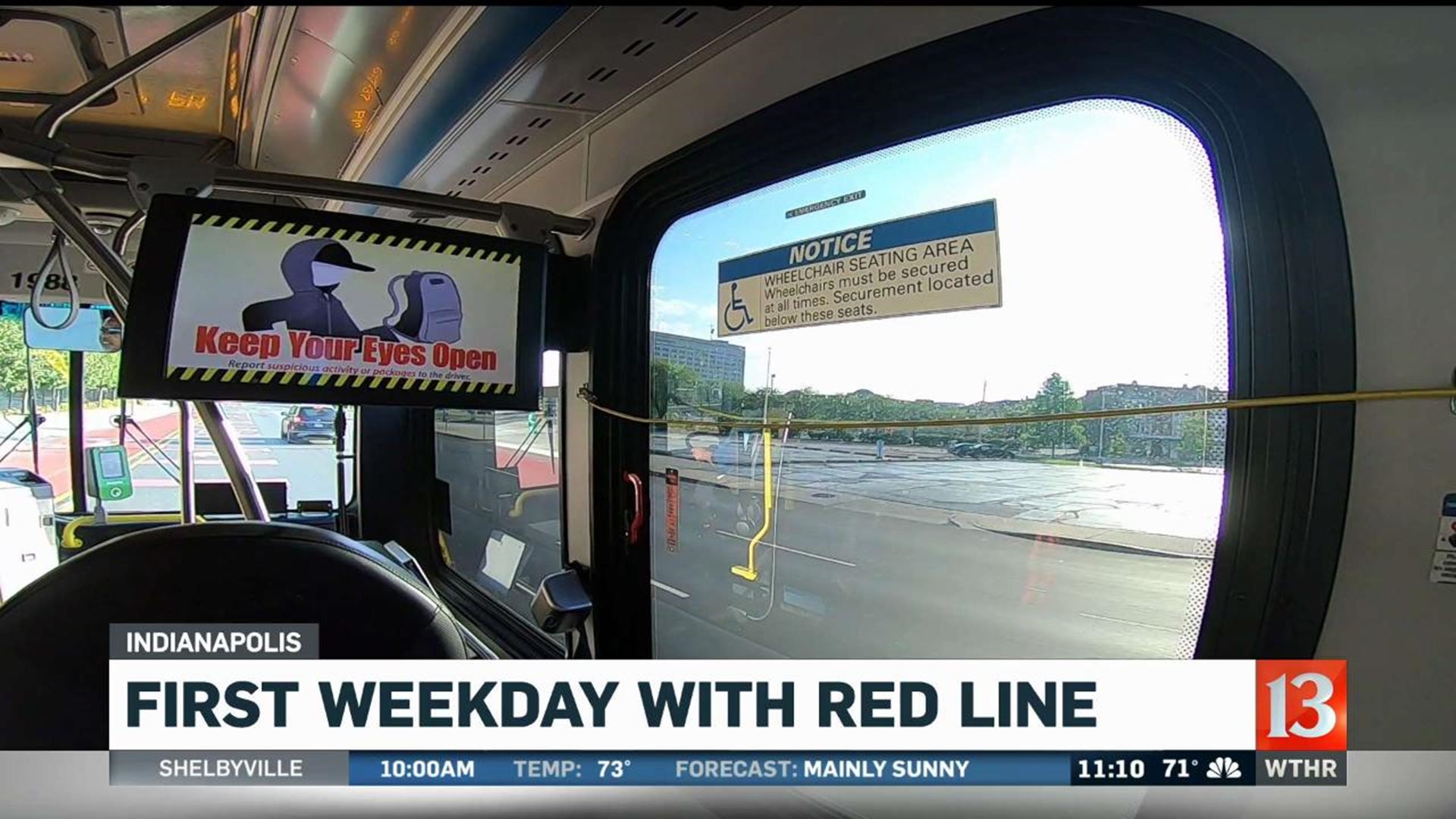 "It was good, I liked it," one man said at the stop on Vermont and Capitol Avenue.

IndyGo didn't have official numbers about how many passengers took the new buses Sunday and Monday, only stating that each bus holds 100 passengers and many times were at capacity throughout the weekend.

"It's great to have more public transportation for the city. We need more options for people to get around," said another rider.

Over the holiday weekend, eight buses ran on the Sunday schedule from 7 a.m. to 10 p.m.

This week, that's expected to go up to at least 14 buses with hours of operation going from 5 a.m. with the last pick up at 1 a.m. in some spots.

"I think we would jump on the Red Line to go to Fountain Square sometimes for sure," said another woman.

IndyGo is asking for patience as they work out the kinks, explaining that they expect there to be delays and some challenges for the first few weeks.

Throughout the week, 200 volunteers are expected at stations across the city to answer any questions from riders.

"I think they're going to give it time for everybody to adjust and everybody to understand the way it's supposed to be on the platform. So I think it'll work real good," said Jowanna Peterson.

Even folks that have their own vehicles, say they plan to use the Red Line when they don't want to deal with parking.