Come Monday, you're going to have to find another way home if you take the Ditch Road Bridge over Interstate 465. It will closed for months as INDOT rebuilds it. 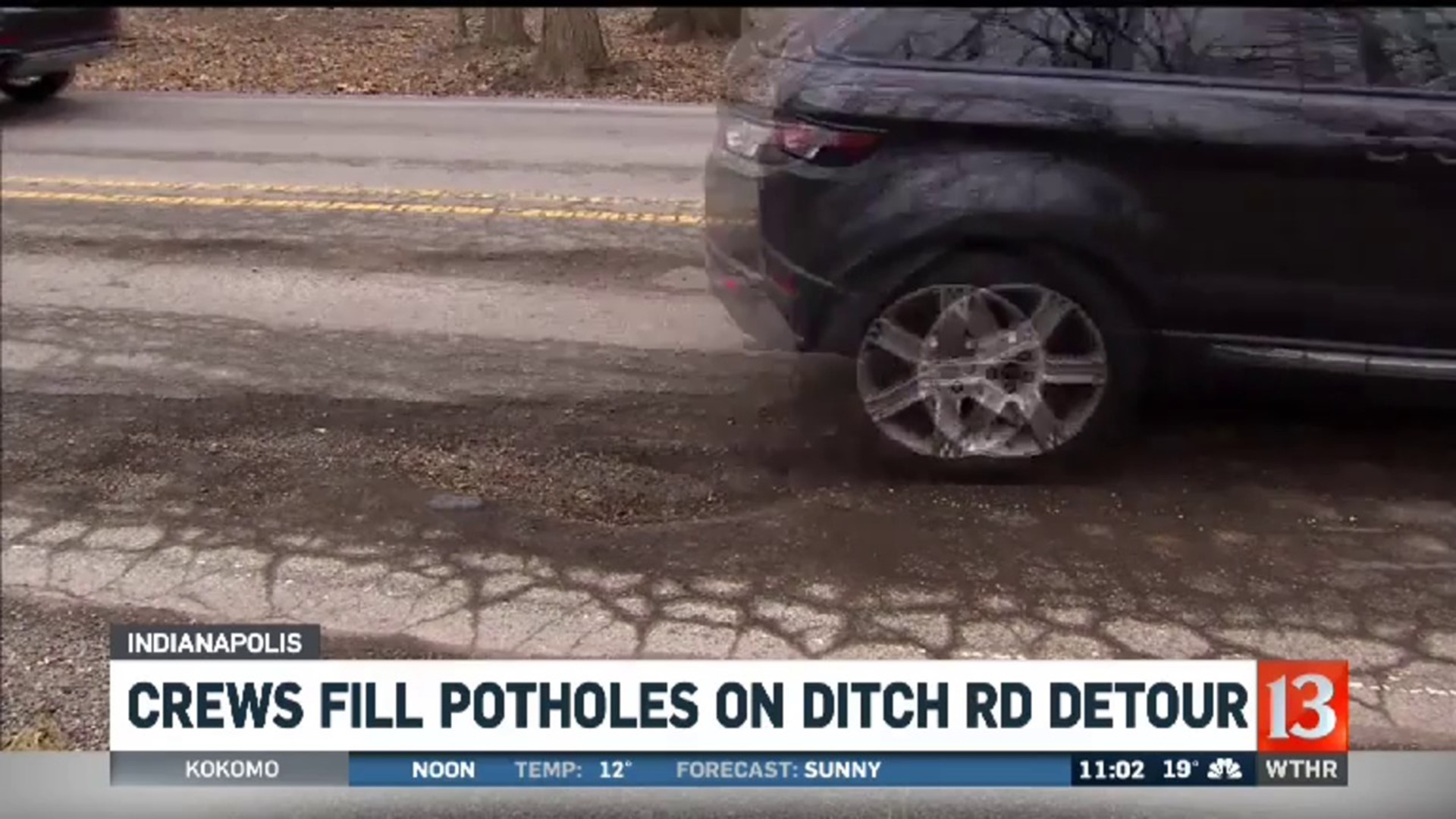 INDIANAPOLIS (WTHR) — Come Monday, you're going to have to find another way home if you take the Ditch Road Bridge over Interstate 465. It will closed for months as INDOT rebuilds it.

The signs warning drivers of the closure are already up, but what you won't find are warnings about the detour route.

As Adele Carr said, "One person will drive around the potholes and the rest of us will follow and there's a big reason for that."

INDOT recommends people who normally use Ditch Road to cross I-465 use Spring Mill Road instead. But as Carr pointed out and we quickly discovered, there are stretches of Spring Mill littered with large ruts and potholes — some 6 to 8 inches deep.

Aaron Girson, who lives along the well-traveled north side thoroughfare said, "You'd think there would be a better way to detour around that because it's in such bad shape already and I'm concerned we will have further problems with people damaging their cars and swerving to avoid potholes."

Minutes after talking to him, we saw and heard a driver blow out a tire after hitting a crater in front of of Girson's house.

Though the crew moved across Spring Mill, continuing to fill potholes on 91st, a spokesperson for DPW said they would be back to fill the Spring Mill Road craters, and hopefully be done before Monday.

If not? At least one driver wasn't worried.

"They're potholes, we can manage it. We won't let potholes be the deterrent of which direction we go...we got to go where we got to go," Mary Black said.

An INDOT spokesman said the Ditch Road bridge, which sees about 12,000 vehicles a day, is expected to be done by Sept. 30.