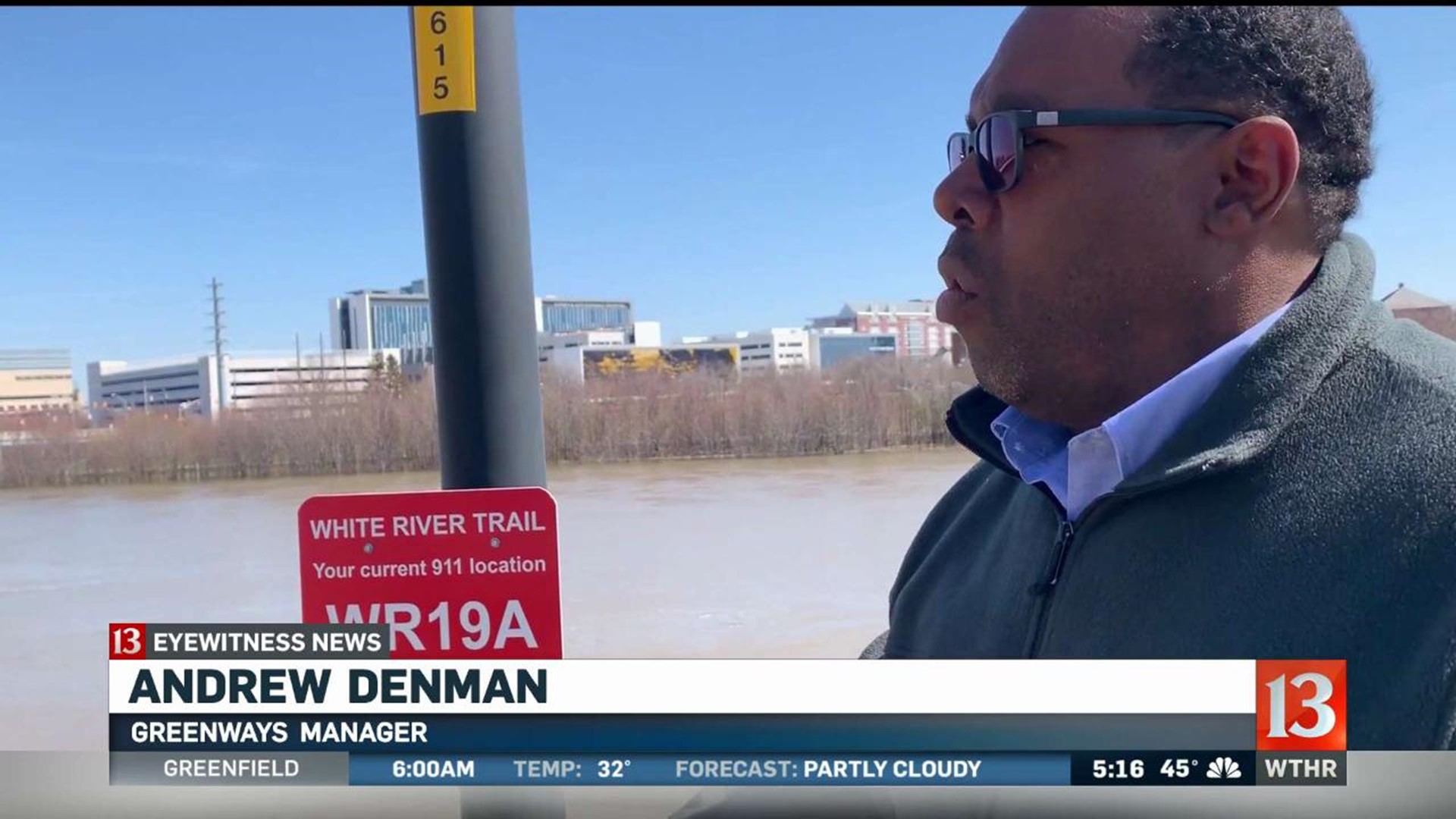 INDIANAPOLIS (WTHR) - You may have noticed some changes along two popular Indianapolis trails.

The emergency call boxes along the White River Trail and Monon Trail have been removed and, replaced with new "locator" signs.

Several of the boxes, which offered a direct link to 911, hadn't been working for months. As Eyewitness News first reported in September, three of the six call boxes the city had maintained had paper signs noting they were "temporarily out of order."

Indy Parks also had four call boxes on the Monon, all south of 38th Street. Two of them were also out of service.

"Yeah, I'm a little surprised, but guess it's run at your own risk," said one Monon user at the time.

Seven months later, all ten call boxes have been removed and replaced with small red signs. They include the trail name at the top and the "current 911 location" designated by a marker. For instance, "WR19B" followed by "Dial 911 for emergency assistance."

"These signs have GPS markers in the 911 system, so anyone who has an issue calls 911 and gives that number, they could find you," said Andre Denman, Indy Parks Principal Park Planner and Greenways Manager.

Denman said they switched to the new signs because some of the call boxes were up to 30 years old and often in need of repair with sometimes hard-to-find parts. He added, "Most people have a cell phone and can get to that quicker than getting to a call box."

He also said most of the calls being made from the boxes were prank calls.

"People pushing a button, playing games," he said. "Actually, we had more calls from crews and service people checking (on the call boxes) than we ever had emergency calls."

Rodney Rowe and Brian Cole rode past one of the call boxes recently removed from the Monon Trail. Neither noticed it was gone or the red sign now in its place.

"I'd rather have a call box," Rowe said. "I feel more safe. Not everyone has access to a cell phone."

"I kind of like the new system. You won't have problems with the boxes out of service or if you don't happen to have an accident right next to one," he said.

Denman said the plan is to have those locator signs along every trail in the city, installed every quarter-mile or so. He said the hope and expectation is that they will be far more reliable than the call boxes.