Indy group heads to the border to help migrant women

Julie Sommers Neuman spent much of Friday getting ready for her trip to Southern Texas. 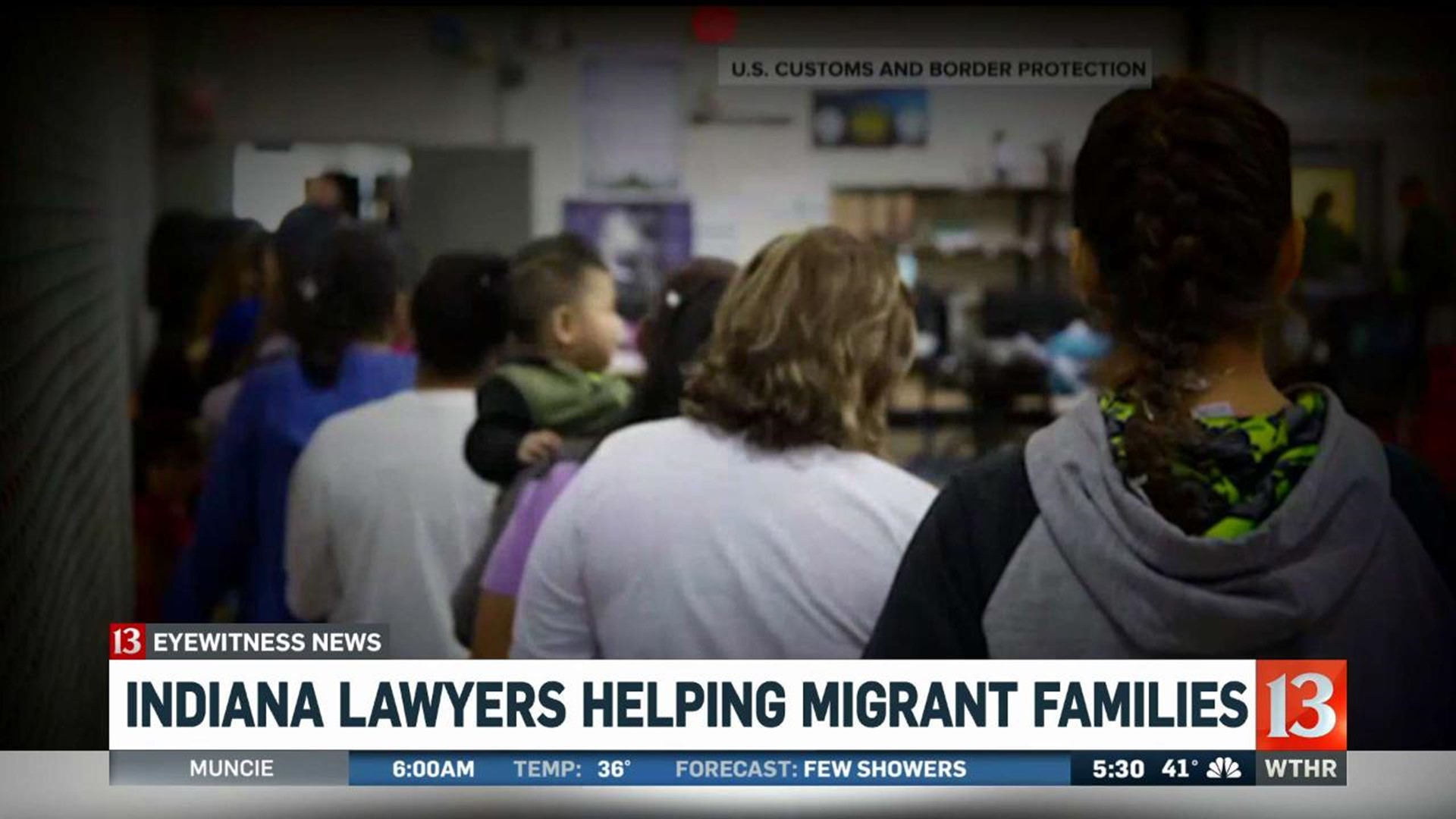 INDIANAPOLIS (WTHR) - Julie Sommers Neuman spent much of Friday getting ready for her trip to Southern Texas.

Neuman is one of 16 people from Central Indiana headed to Dilley, Texas for a week. Dilley is home to the country's largest detention center for women and children. Neuman, along with seven other attorneys and even interpreters, is going to help migrant women apply for asylum.

It was a trip prompted by coverage of immigrant children being separated from their parents at the border last summer.

"I just remember sitting in bed watching and being personally touched and thinking I have to do something," Neuman said. "Just seeing the mothers in such pain because they couldn't stay with their children an not knowing where their children were...and I'm sure their first reason for being here was trying to get their children out of danger."

Neuman, a mother two and executive director of the Coalition for Our Immigrant Neighbors (COIN), helped organize the trip thru the CARA Pro Bono Project, which has been offering legal aid to those at the Dilley facility.

"We're all going because we want to help. It's people, women and children and it's there but for the grace of God I go," she said.

Maria Pimentel-Gannon is going with her husband. She's one of the interpreters. Asked why she wanted to go, Pimentel-Gannon got choked up and said, "I have two kids...I can't imagine being separated, being kept from them and not being able to do whatever I could" to help them.

The group will spend a week in Dilley and Neuman expects it will be exhausting physically and emotionally. She said they were told they will likely work 12-15 hour days, seeing at least ten women a day each attorney helping up to ten women a day prepare for their interview with an immigration judge.

"We will be the first and only lawyers they've seen," she said. "Probably by the end of the week each of us will have met 100 women. Each will tell stories of why they left their country to cross the border to find a better life here and some 90% of them have been sexually assaulted at some point. That's the baseline and it gets worse from there."

Security is tight at the privately run facility which has beds for up to 2,400 women and children. Neuman's group and other volunteers must go thru background checks, pass thru security each day they arrive and leave their cell phones behind.

Additionally, they can't touch or hug the women, offer tissues, bottled water or anything else to those they're helping.

Maria Pimentel-Gannon said, "I realize I can't give them anything, which is kind of sad but I can give them my love and listening and my best as an interpreter."

She and Neuman do hope they can pass on letters written in Spanish by women in a near east side church's prayer group.

One read, "we want to let you know what a strong, brave person you are. You have many who support you and care for you."

Another said, "May God bless you that you be well. We hope you can be released soon and they treat you well. We are praying for you."

Neuman knows immigration is an explosion topic, but said the trip isn't and shouldn't be political. She said for her it's a humanitarian issue.

"These are people," she said, "and I think if you learn from them one at a time, you see this is a crisis, but it's not a political crisis in any way."

While Neuman and Pimentel-Gannon may never know the fate of those they meet, they said they're just glad to have the chance to help.