The Graham family knows firsthand how programs like "Hidden Heroes" can make a difference in a military home. 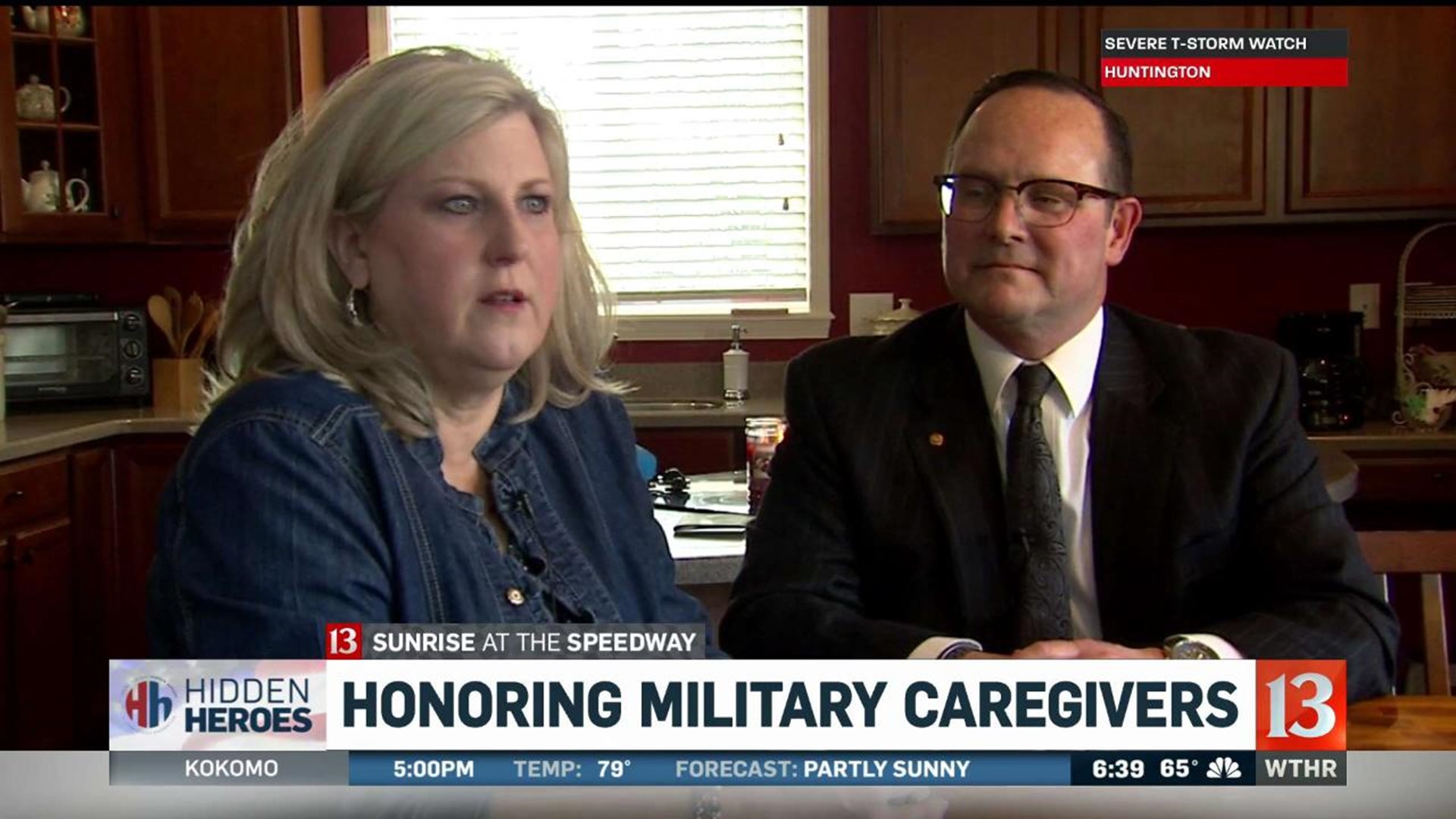 INDIANAPOLIS (WTHR) — As former Sen. Elizabeth Dole and Tom Hanks visit Indianapolis to honor and celebrate the "Hidden Heroes" in the community, one local family is showing its gratitude for the work of organizations like the Elizabeth Dole Foundation.

The Graham family knows firsthand how programs like "Hidden Heroes" can make a difference in a military home.

Lt. Col. Rick Graham served 30 years in the Army National Guard before retirement. He was a joint operations planner, a helicopter pilot and a paratrooper. After a while, he and his family got used to deployments, but they admit, they first one was tough.

"The first deployment was hard on all ofo us," Rick's wife, Angie said.

Rick said during that time, he had three deployments in a short time. The family was getting little notice on when he would leave, but Angie stepped up to the plate to take care of the home.

Angie said they didn't have any family where they were, so everything was up to her. While Rick was off protecting the country, Angie was raising their three children and keeping their home together.

Now, Angie is the member service coordinator for the American Legion Auxiliary Headquarters. She's grateful for organizations like the Elizabeth Dole Foundation, which helps 5.5 million military caregivers who care for America's wounded veterans.

"To have a foundation that recognizes that you are keeping those plates spinning, it's just so encouraging to me," Angie said.

"Military wives, they're the type of person that's not going to ask for help. They're just going to muscle through it and do it themselves," Rick said. "I usually tell people, when your grass needs to be cut, so does that spouse who's home alone."