Indy Eleven fans remember one of their own in special tribute 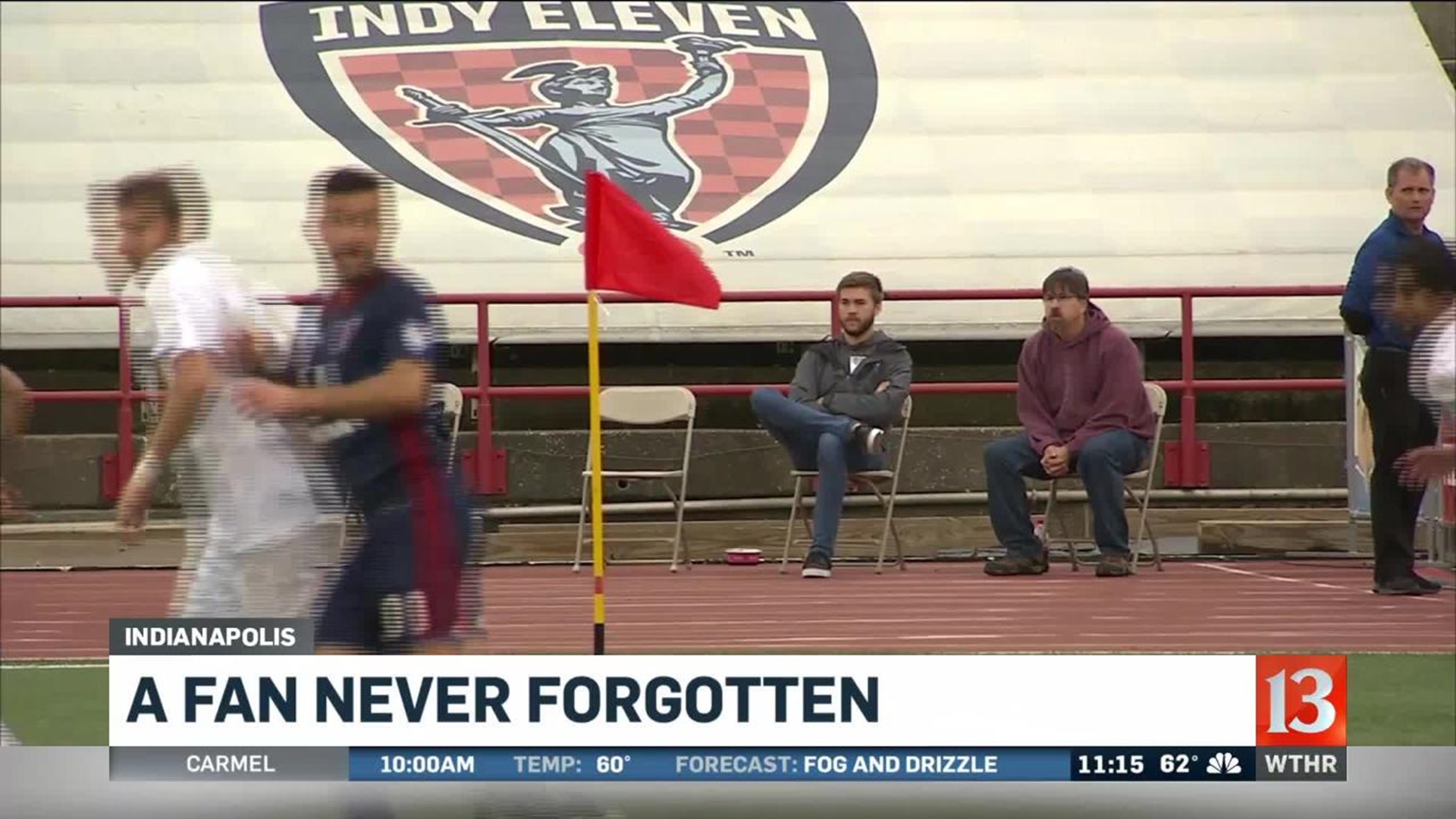 INDIANAPOLIS (WTHR) - Holding a beer and wearing a team jersey in a light drizzle, Jackson Schwier remembered the last time he'd come to a tailgate before an Indy Eleven game.

It had been been with his older brother Drew.

"Last time we really hung out was in this parking lot," said Jackson.

That moment was less than two weeks ago.

"It's hard to imagine just hanging out with someone and then a couple weeks later, they're gone," said Jackson.

Someone shot and killed Drew Schwier last week during an apparent robbery outside his east side home.

So far, police do not have any suspects in the young entrepreneur's death.

"Obviously, we want them to be caught and serve justice, but that's not our focus right now," said Jackson.

Instead, Drew's family and friends are celebrating Drew's love of soccer and his passion for Indy Eleven.

He would have been so happy to see all of this--brother of murder victim Drew Schwier at Indy 11 tribute to him at tonight's match pic.twitter.com/IPUdKHyTwZ

"He was ecstatic when a soccer team was coming to Indianapolis. That was his passion, so instead of supporting teams in other states, he had one in his backyard," said Jackson.

Jackson said his older brother never missed an Indy Eleven game, always sitting in a section called "The Brickyard Battalion." It's where the hardcore fans watch the game and never stop cheering.

"The only people you hear in the games is the Brickyard Battalion," said friend James Thomas.

"Drew was probably one of the people you could hear over everybody else. He was really loud," Thomas added.

"Ladies and gentlemen, at this time, please direct your attention to midfield as we celebrate the life of Drew Schwier," the public address announcer said to the crowd at Carroll Stadium.

The stadium went silent as Drew's family and friends walked onto the field.

Drew's picture cheering at a game flashed onto the big screen just above the Brickyard Battalion section.

"Drew was a passionate fan, friend, brother and son and he will be sorely missed by the Indy Eleven community. We ask that you please stand with us in memoriam of Drew Schwier," said the announcer.

"He would have been so happy to see all of this," said Jackson. "I think he'd be humbled. All of his friends and family are here and just in remembrance of him."