Community leaders in Indianapolis are calling for continued eace in the streets even as people plan to protests linked to Minneapolis. 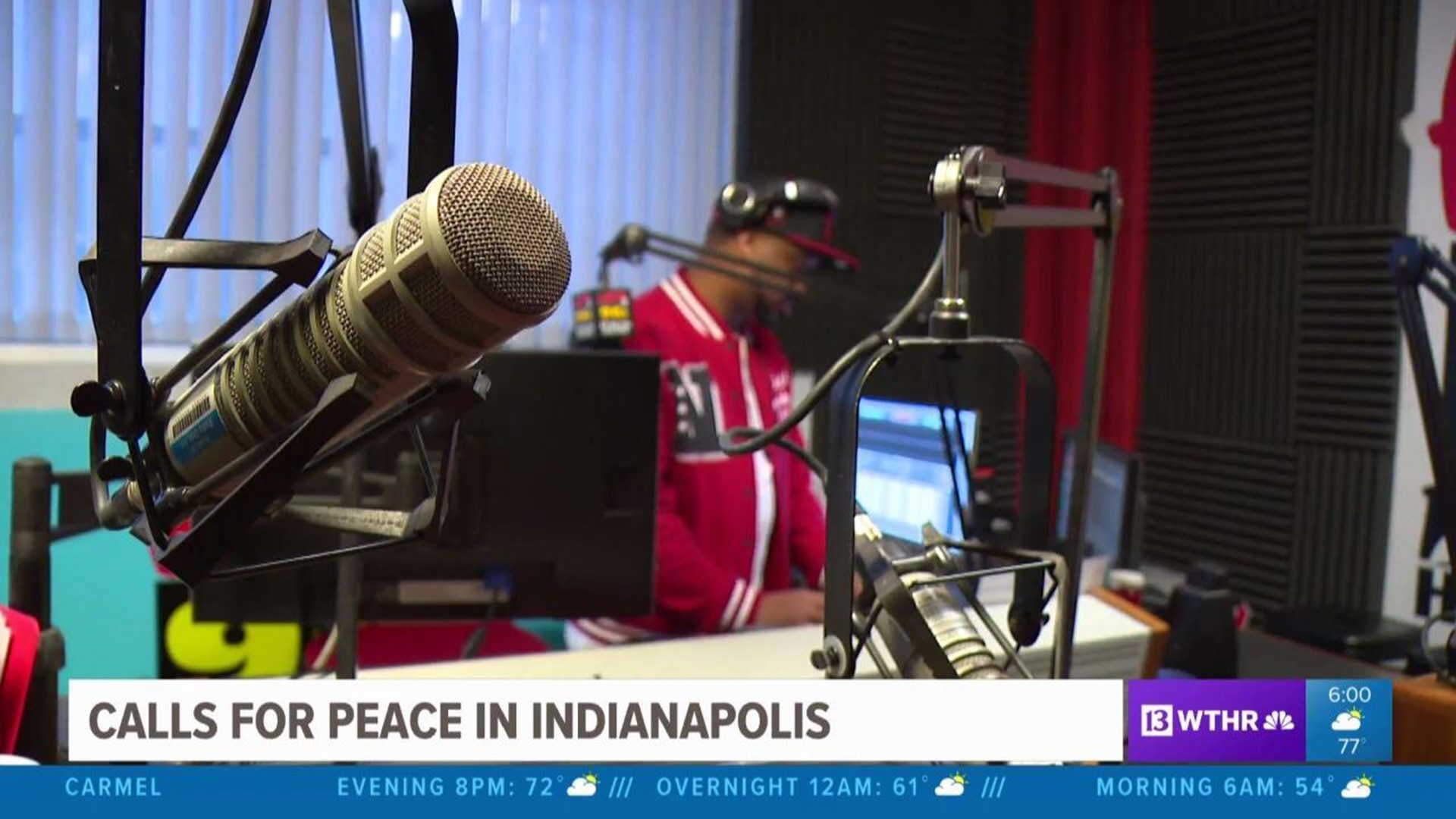 INDIANAPOLIS (WTHR) — Community leaders in Indianapolis are calling for continued peace in the streets even as people plan to protests linked to Minneapolis.

The pastor at New Direction Church on East 38th Street is asking people to stay calm, and he's not alone — so are police and a local disc jockey.

Germaine "BSwift" Russell is the afternoon drive Radio One Personality who has quickly connected with his listeners by giving them a voice HOT 96.3. BSwift is known to challenge young people and have candid conversations on the air about controversial issues impacting the metro area. He has the attention of many city leaders and other community leaders.

Russell usually starts his day at home working to get a pulse on what Indy is talking about and what Indy young adults need to know. Friday morning topics on social media quickly got his attention.

“I started seeing stuff on social media so that kind of raised my concern a little bit,” Russell said.

When the DJ woke up to disturbing social media posts about doing copy cat riots in Indy like those happening across the country, he immediately thought about what to do. The popular radio personality supports having protests in his city as long as they are peaceful. He by no means supports anything that is destructive or that will lead to chaos and injury of innocent people trying to voice their concerns the right way.

"To be heard sometimes I think you need to be seen,” he said. “I am all for it. But I don't think you have to tear up anything to be heard or to be seen."

The city of Indianapolis witnessed ongoing demonstrations earlier this month at 62nd and North Michigan Road after the police involved deadly shooting on the Northwest side. Now the world is watching cities like Louisville, Kentucky deal with violent protestors angry about the George Floyd murder.

Peaceful protests in Columbus, Ohio have also turned into violent riots where demonstrators have clashed with law enforcement officers.

Pastor Kenneth Sullivan, Jr. at New Direction Church has had a lot of influence on young adults in Indianapolis. He agrees with Russell that it’s very important for people to be heard especially by law enforcement. Sullivan stressed now is the time for every police officer to speak out against what happened to George Floyd at the hands of Minneapolis Police. Several days of demonstrating against the now labeled murder case went from protest to rioting.

“There is a difference between protesting and rioting,” said Pastor Sullivan.

He also believes there are voices that need heard on the streets of Indianapolis. But he urges people not to be lured into violent protests like other cities are dealing with coast to coast.

“So very unfortunate, so much injustice, but we have to be careful not to play into a negative narrative that reinforces certain stereotypes,” said Sullivan.

While Sullivan suggests also using social media to protest, Russell offers the airwaves for people to speak out. Radio One has an ongoing campaign called "STOP THE MUSIC" that has been effective in allowing people to share feedback on city issues.

“If me opening up the phone lines saying how do you feel about this what should we do? I am fine with people calling to the radio station saying they this is what we should do Swift because that's what it's here for. It's for the people, “ Russell said.

IMPD Police Chief Randy Taylor sent several tweets Thursday speaking out against the Floyd murder saying there is no justification to the actions captured on video in Minneapolis.

Pastor Sullivan plans to go on social media to ask other pastors to join him in asking people to stay calm.