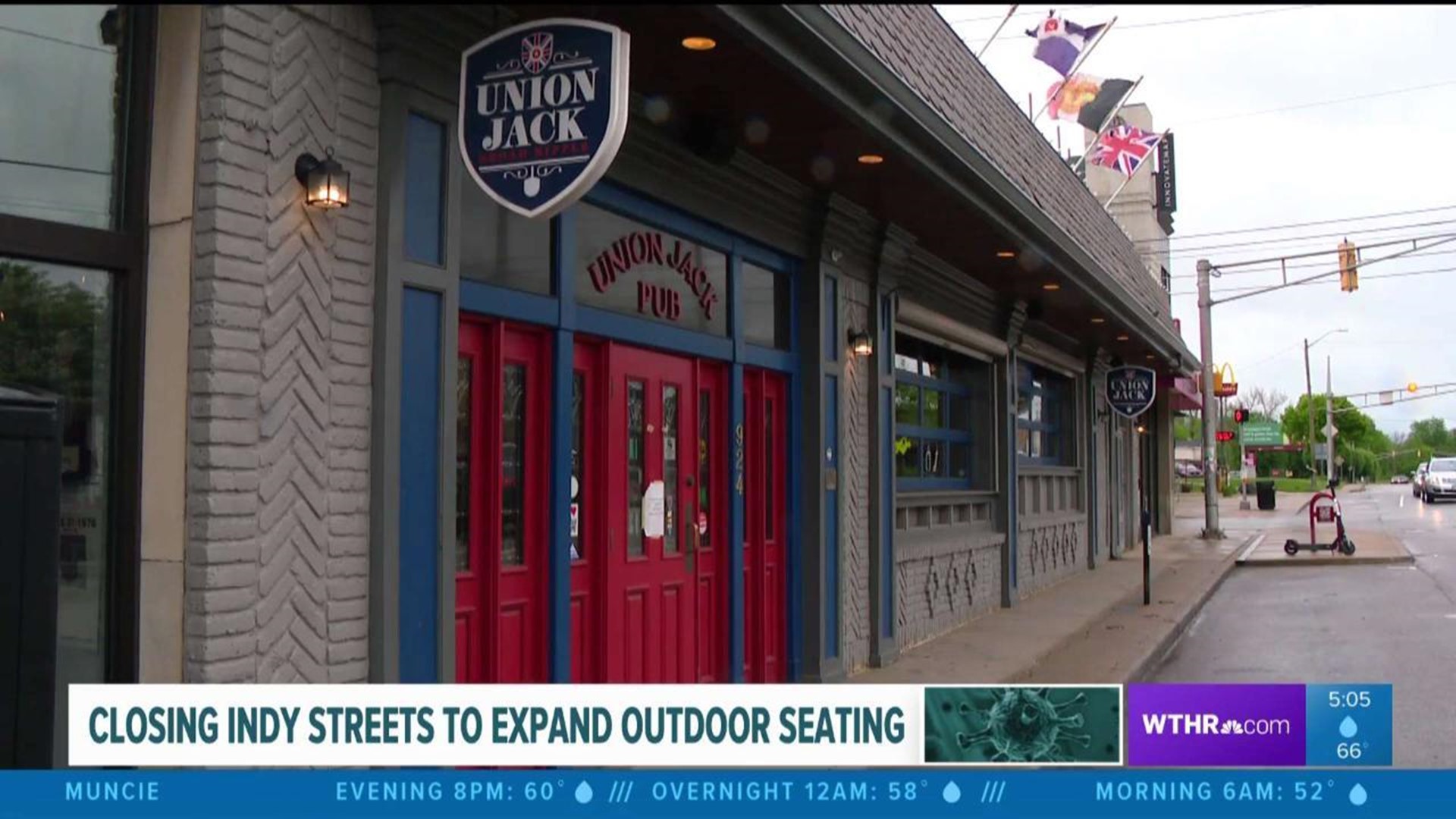 That's when Marion County restaurants can open for outdoor dining only.

Mayor Joe Hogsett said these streets were chosen "not just for the density of restaurants but to avoid blocking major transit lanes."

He said restaurants in other parts of the city will also be allowed to expand capacity by using adjacent parking lots or properties.

DPW Director Dan Parker said his staff reviewed everything from vehicular and pedestrian traffic patterns to ADA requirements and parking.

"Parking in the Mass Ave. area, although will be impacted the greatest, there will be over 370 spots within in a two-minute walk of the road closures," Parker said.

For instance, on Massachusetts Avenue and Broad Ripple Avenue, parking spaces in front of the restaurants could be be used for outdoor seating.

Nate Weaver, the general Manager of 45 Degrees on Mass Ave. called the plan "a good idea."

While the restaurant has a covered patio, Weaver said using the parking spaces in front of their restaurant would more than double the number of diners they could serve.

"We'll definitely take advantage of all the square footage they let us use," Weaver said. "We'll have a lot of tables, but we'll make sure it's done in a safe and efficient way."

When it comes to dining, tables must be six feet apart and limited to four or fewer people.

The mayor said that on Mass Ave., the two center lanes will be for pedestrian traffic. At 24 feet across, he said that provides enough space for social distancing.

Restaurants will be required to have an emergency weather plan and their hours of operation will be cited on the temporary permits.

These street closures also mean limited access for other businesses in the closed off area.

"We're working on appointment now and have space in the back where people can park," Dyar said. "We all have to work together on this."

Just because restaurants will be able to expand outdoor seating doesn't mean they will.

A manager at the Lincoln Square Pancake House on North Meridian Street said while they plan to add some tables out front for carry-out, they do not plan to do any full-service dining outside, even though they have a large parking lot.

She said they preferred to wait until they get the go-ahead to resume indoor dining.

The mayor said he envisioned the street closures to be in place at the very latest for the July 4th weekend.

If restaurants already have outdoor seating areas, they don't need a permit, unless they want to expand their current dining area. Restaurants will also be held accountable for following social distancing guidelines and rules.

There is a new email address restaurant owners can contact - dineout@indy.gov - if they have any questions.