The students watched a short play on bullying prevention and the negative impacts isolation has on a student's health. 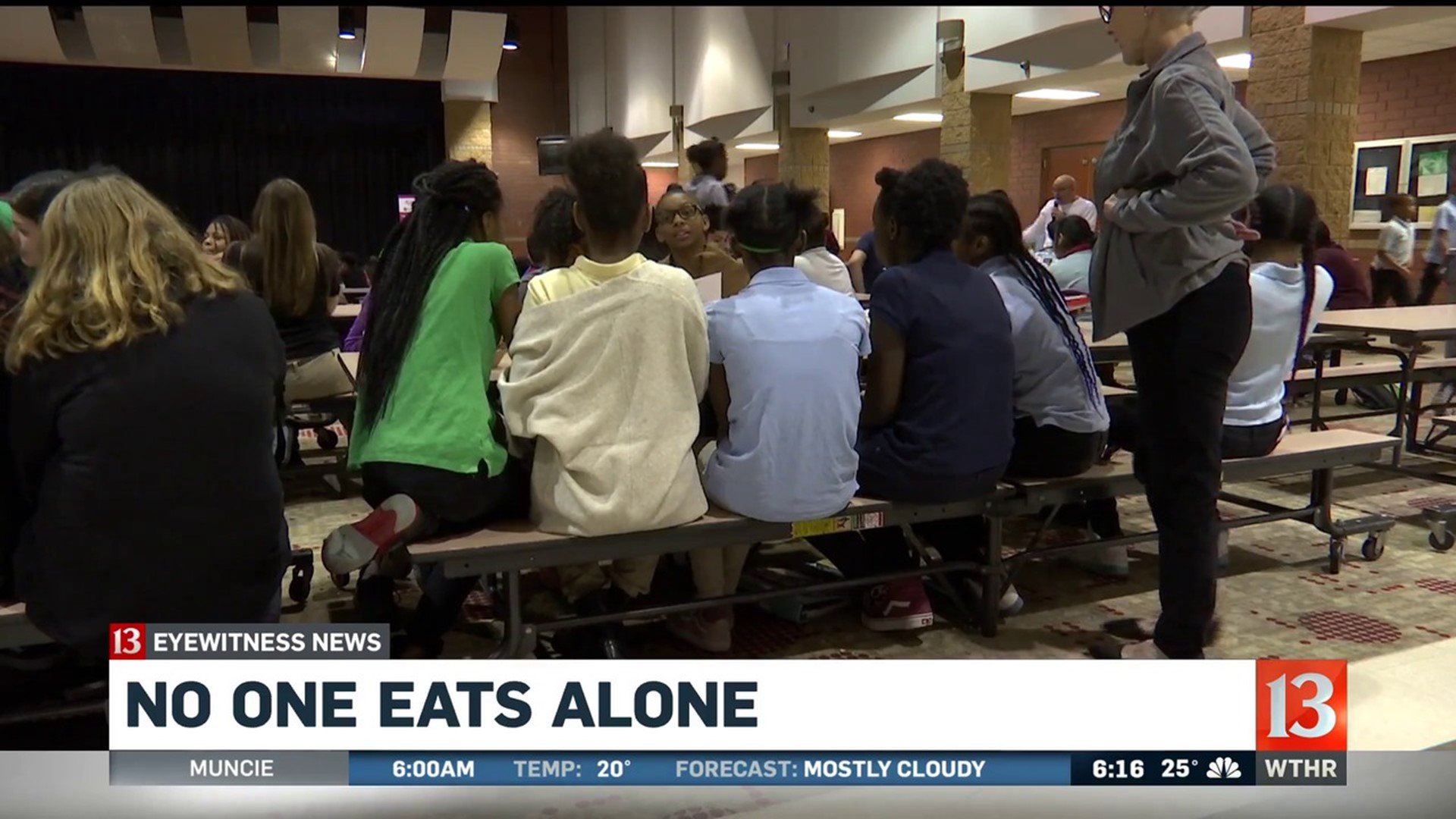 INDIANAPOLIS (WTHR) - Lincoln Middle School participated in National No One Eats Alone Day on Friday during lunch. Sixth graders at the Pike Township School worked on the process of including others at their table.

"It's tough to be in middle school, tough to fit in, make you feel like you're included in a group," said Elizabeth Sons with Managed Health Services. “Everybody's different. I think it's hard for students to learn to make those differences shine and stand out. So social isolation is really making sure kids in a social atmosphere like school aren't by themselves, that they have friends to sit with."

"I can invite them to our table because we're always accepting new friends to talk to, new people to talk to,” said Teague.

Students were encouraged to practice inclusion and sit with someone new. A list of icebreaker questions helped get the conversations going.

"Maybe you're talking to the same people all day,” said Siegen Martin, a sixth grader. “Then there's somebody who there's nobody around them. Everybody bullies them and you notice it. Maybe you just want to call them over and say, 'Hey! Come over here.' We can just start talking and maybe develop a friendship." More than one million students at more than 2,250 schools including all 50 states celebrated the event Friday.