INDOT: I-465 southeast construction project on pace for Aug. 24 completion

We've seen major closures on all of the highways across Indianapolis this summer. 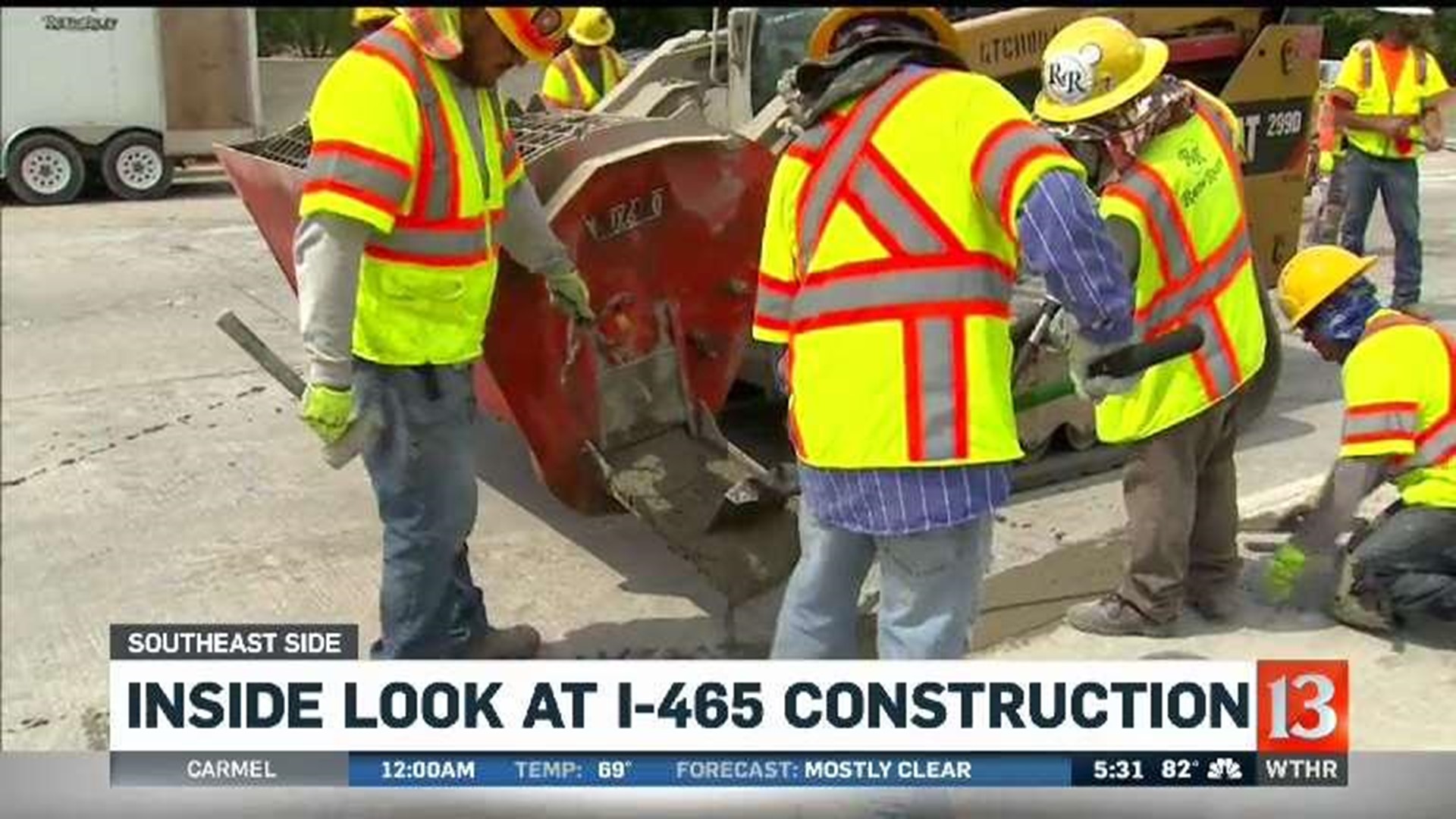 INDIANAPOLIS (WTHR) — We've seen major closures on all of the highways across Indianapolis this summer.

Indiana Department of Transportation leaders say a 15-day project is on schedule to be complete by Aug. 24.

Crews allowed WTHR on-site Thursday to give us a look at the construction and progress. Workers are repairing the kinks in the 9-mile stretch of I-465 between I-65 and I-70 on Indy's southeast side.

A few bad winters exacerbated the problem and caused numerous cracks to form in the road. Crews are blasting and chipping anything that's loose. They also dug all of that up and will replace it with concrete.

They say, once complete, drivers won't necessarily see a difference but they will definitely feel it.

"By doing this closure we're able to sequence the work properly and process it so it reduces congestion in a small area. We can get a lot more work done in a short amount of time," said Dan Livingston, Senior Safety Supervisor with Rieth-Riley Construction.

The bridge on I-465 over Washington Street on the east side is getting resurfaced.

INDOT leaders say anywhere from 70 to 100 people work on this 9-mile stretch to have to work done by that Aug. 24 deadline.

"We have crews in this closure that are on the ground. They are hand smoothing concrete patches and if we were to do this under a normal lane restriction their head would be about five feet from moving traffic," said Mallory Duncan, INDOT media director.

What's done on one side must be done on the other side. Next month crews will begin another 15-day road repair project.