INDOT crews prepare for first snowfall of the season

Folks at INDOT say they'll be monitoring road temperatures throughout the day tomorrow to check for icy roads. 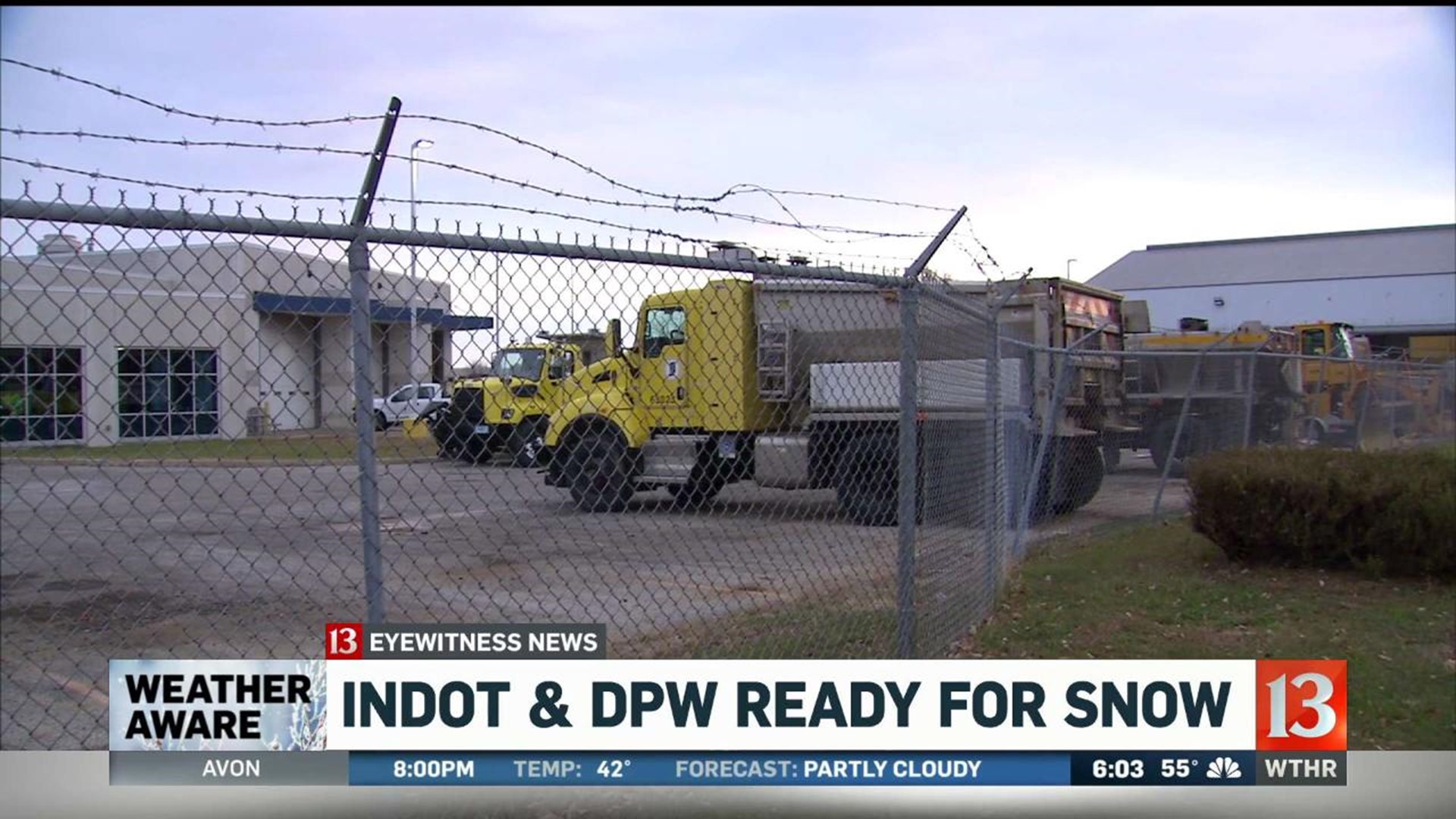 INDIANAPOLIS (WTHR) – If you weren't ready to see snowflakes on Halloween, get ready for the first accumulation of snow come Monday. ​​

"It's our first full call of the season and everyone's ready for it.," INDOT spokesperson Mallory Duncan said.​​

According to the National Weather Service, temperatures will fall to about 33 degrees by 5 p.m. with wind gusts as high as 28 mph. Temperatures could feel like it's in the single digits. ​​

"Those bridges and overpasses will freeze a lot sooner than let's say the main line roads," said Duncan.​

IPS school leaders are also keeping an eye on the forecast to determine what protocols to take if needed.​​

"It's always safety first for our students and for our families so we'll make the call when we need to," Carrie Cline Black wit IPS schools said.

Black says it's rare to dismiss during the school day with the expected accumulation. ​​

"We understand kids get a little excited, parents get a little anxious. For us it's business as usual so we're prepared. We're ready to go," said Black.​​

INDOT says roads will be ready too. ​​

"The past couple of years we've seen a lot of ice and a lot of freezing and then during the week it will thaw and get warmer and then on the weekend it will freeze," said Duncan.​​

Duncan says that was a recipe for potholes. ​

It's the reason INDOT completed a massive road repair project over the summer. ​​

"We've all seen it. We've been all over the interstates and we are hoping that it will help a lot this winter. That is where you are going to see the biggest difference is the number of potholes will be way down," said Duncan.​​

Transportation leaders encourage drivers to take it slow on the roads, and give yourself extra time to get to your destination. ​