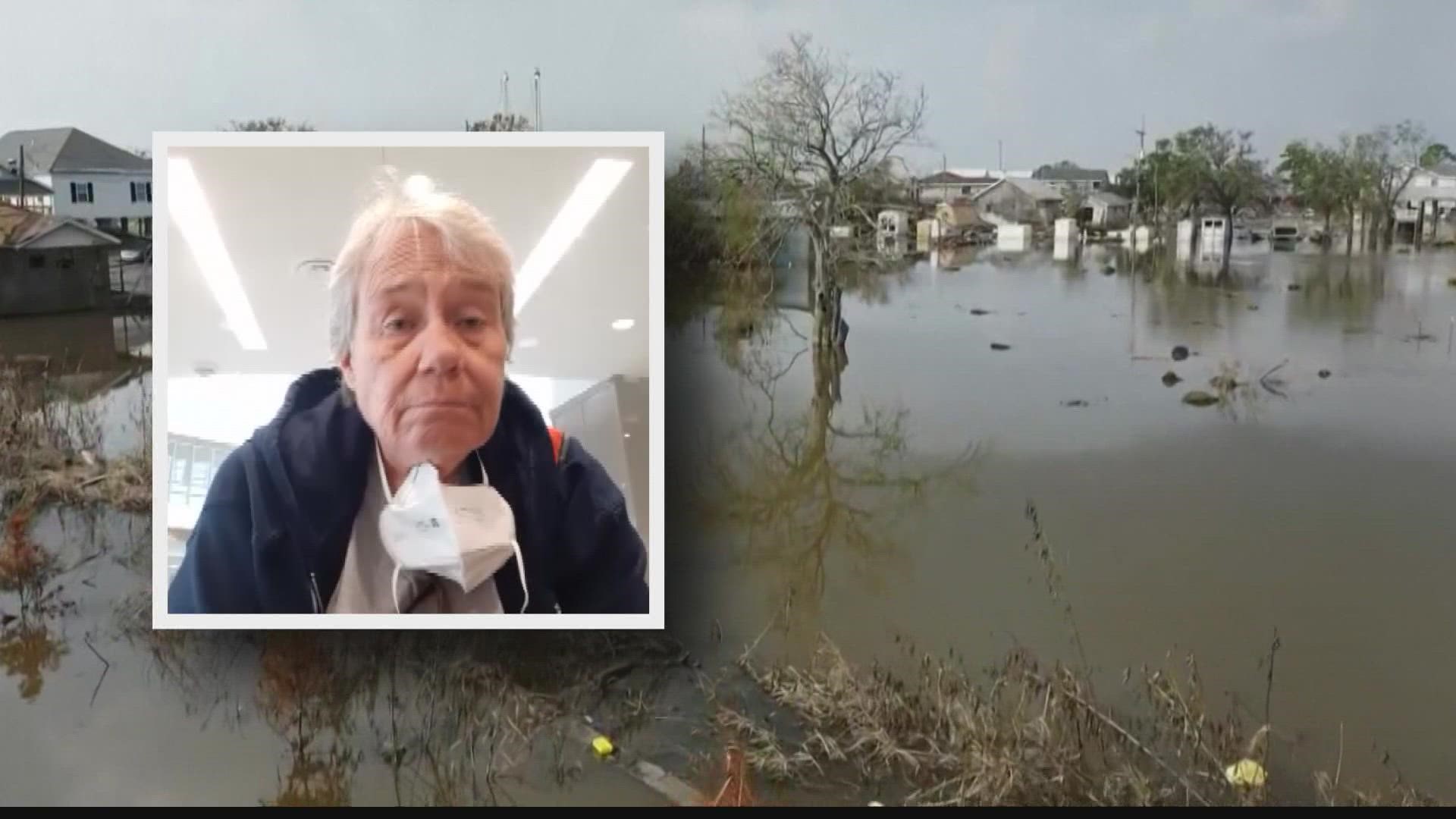 INDIANAPOLIS — One of nearly two dozen volunteers with the Red Cross Indiana Region is headed back home after helping people affected by Hurricane Ida.

13News talked with Mary Finnegan at the Baton Rouge airport before she left Louisiana on Labor Day.

"It's good to be down here to help because they're gonna need help for a long time," Finnegan said.

13News was also there when she left Indianapolis a week ago for her first Red Cross deployment. Since then, she said she's seen and learned a lot.

"I had no idea what to anticipate, and it showed when I got down there. You have a general idea, but until you're actually there and see the devastation and work with the people, you just cannot appreciate how bad it is," Finnegan said. "There are large trees uprooted, other trees look like toothpicks that have been snapped in half. One person I talked to said that two trees hit her home and she only had the clothes on her back and she wasn't the only one who had those type of problems."

The Red Cross moved from another shelter because they needed more space for families, needed power and needed air conditioning. The goals there were simple: meet people's basic needs like food, water, blankets and health care.

Finnegan said it was extremely hot and humid in Louisiana and very emotional at the shelters.

Some people she helped lived through Katrina. Now, they're surviving a second disaster.

"You sit down to talk with someone and they tell you basically about their entire life...their memories and things (that) were in the house. Now, she said 'I'm just going to have to start over again,'" Finnegan said.

But she called the Red Cross experience gratifying and said her first trip to help certainly won't be her last deployment.

She is a Hoosier helper ready to board a plane and volunteer again.

"It feels good to know that it's making a difference," Finnegan said.

She's just one of hundreds of volunteers who continue to help families in need.

You can help with a donation to the Red Cross here.