An Indianapolis family is outraged and hurt. The violent crime that took their loved one's life, they claim is being exploited for political purposes. The wife of Jeffrey Monroe's says Republican Senate candidate Mike Braun us using his death to promote immigration reforms and win votes. 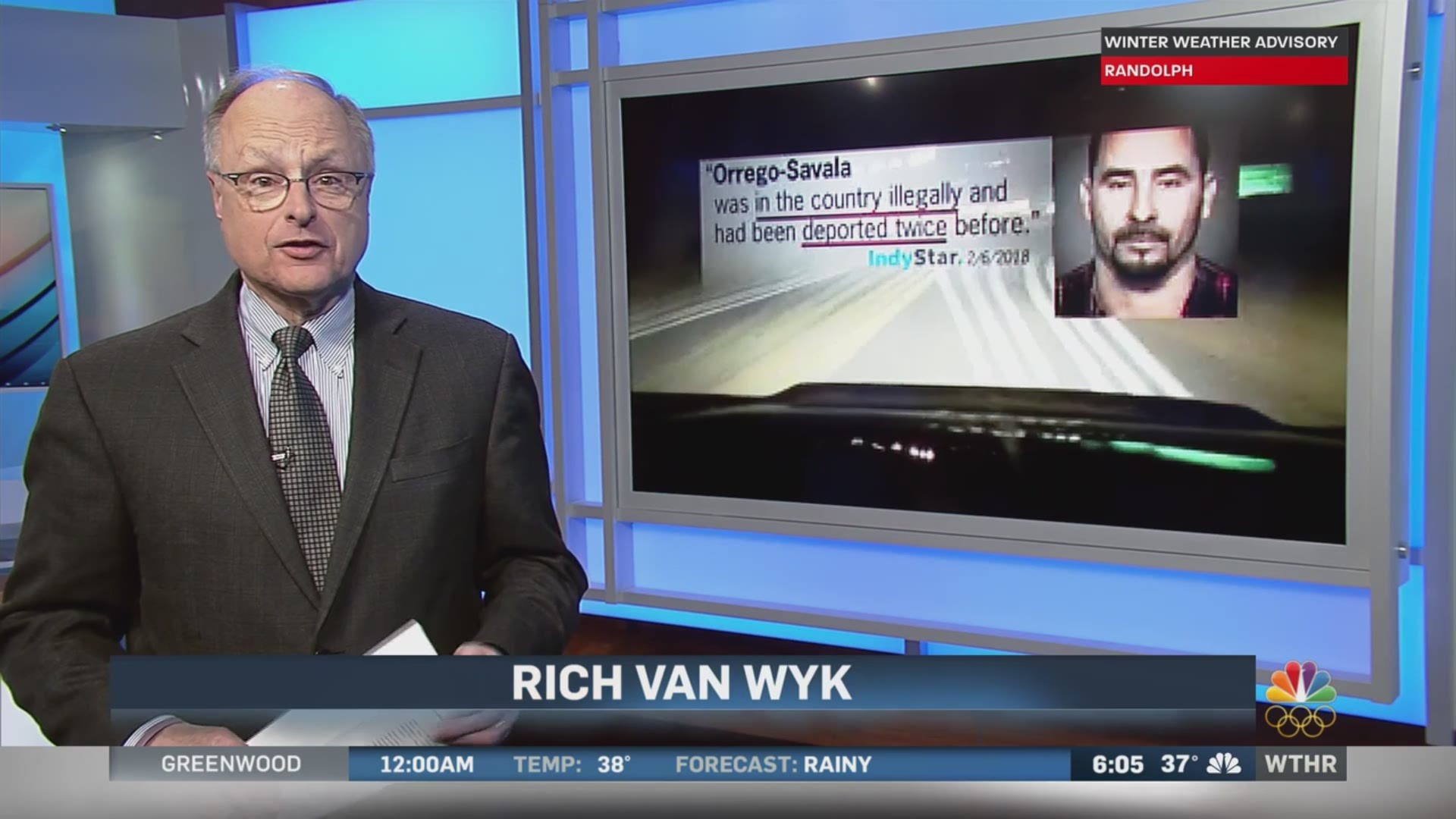 INDIANAPOLIS (WTHR) - An Indianapolis family is outraged and hurt. The violent crime that took their loved one's life, they claim is being exploited for political purposes. The wife of Jeffrey Monroe's says Republican Senate candidate Mike Braun us using his death to promote immigration reforms and win votes.

When she saw Braun's campaign ad for the very first time she shook with anger. Deb Monroe said, "This has nothing to do with the immigration debate."

The commercial begins with a picture of Manuel Orrego-Savala and Braun saying, "HERE ILLEGALLY MANUEL ORREGO SAVALA WAS DEPORTED TWICE."

Savala, an illegal immigrant with a criminal history is charged with driving drunk and causing the wreck that killed Uber driver Jeffrey Monroe and Colts linebacker Edwin Jackson.

The political ad uses their names, pictures and their deaths to argue for Immigration reforms. "IT WAS A SENSELESS TRAGEDY THAT SHOULD NEVER HAD HAPPENED," Braun says, "WE MUST BUILD THE WALL, BAN SANCTUARY CITIES AND PUT AN END TO CHAIN MIGRATION."

"A drunk driver killed my husband," Deb Monroe said, "I don't care he's an immigrant. It won't change anything."

Soon after the crime, when tweets from president Trump connected the crime to immigration reform Monroe said the family made it clear they didn't approve.

Braun, is seeking the Republican nomination in the race for Indiana's Senate seat. Monroe said Braun's campaign never asked the family to include Jeffery in the ad.

"That's just disgusting to try to play off my husband's death" she said, "His birthday is Friday and I'm dealing with that and not I've got do deal with this kind of stuff. It's just not right."

Monroe is trying to get hold of Braun's campaign staff and get the commercial killed. "The Monroe family does not want my family's name out there period. Get it out," she said.

If necessary Monroe says said will get an attorney.

Eyewitness News received the following response from the Braun campaign:

“Like President Trump, Mike Braun believes that Washington needs to stop illegal immigration, build the wall, and keep criminal illegals like the one that killed Jeffrey Monroe and Edwin Jackson out of Indiana. Mike and his family are praying for the families of the victims.”

Deb Monroe explained that if Jeffery knew what was going on, "he would be rolling over in his grave."