An Indianapolis couple is trying to change their itinerary after booking a trip to the Dominican Republic. 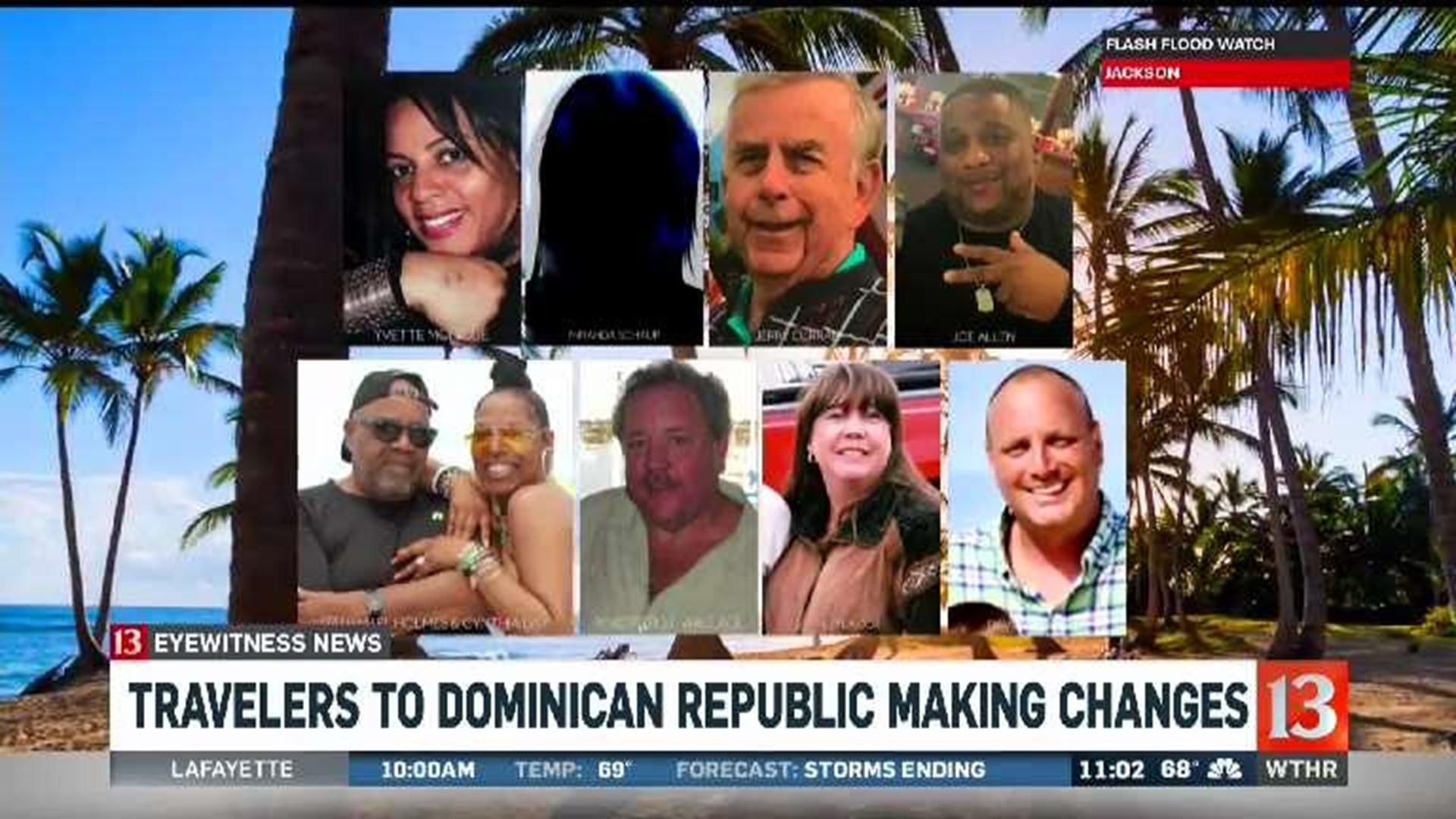 INDIANAPOLIS (WTHR) - It's been awhile since Abby Russell and her husband Craig have had any time to themselves.

"We went to Jamaica on our honeymoon," said Abby.

That was three years ago. So this past February, they booked a trip for this coming October to the Dominican Republic.

"This will be the first time we get to go some place without the kids," Abby explained.

Now, though, she's rethinking the decision after nine American tourists have died there in the past six months while vacationing. The island's tourism minister is pushing back saying that autopsies so far show that the tourists died from natural causes.

The U.S. State Department also discounted the idea of a surge of tourist deaths, saying the agency had not seen an uptick in the number of U.S. citizens who died there.

Because of all the public concerns, authorities are increasing internal security at hotels and stepping up their oversight of food and beverages.

Still, Abby is trying to change her trip to another spot. She used an online travel site and, so far, has had a hard time getting through to anyone on the phone.

Kutin says travel insurance is the way to go in case of situations like this. He has customers who were originally headed to the Dominican and have decided not to go.

"We had some people leaving this weekend and they said, 'We're changing'," said Kutin, who advises if that's what you're thinking of doing, the sooner the better. "The sooner they do it, the more apt they're able to save a little bit of money."

That's what Abby Russell's trying to do while she still can.