Women make up half of the population, but nationally make up only 12% of law enforcement. 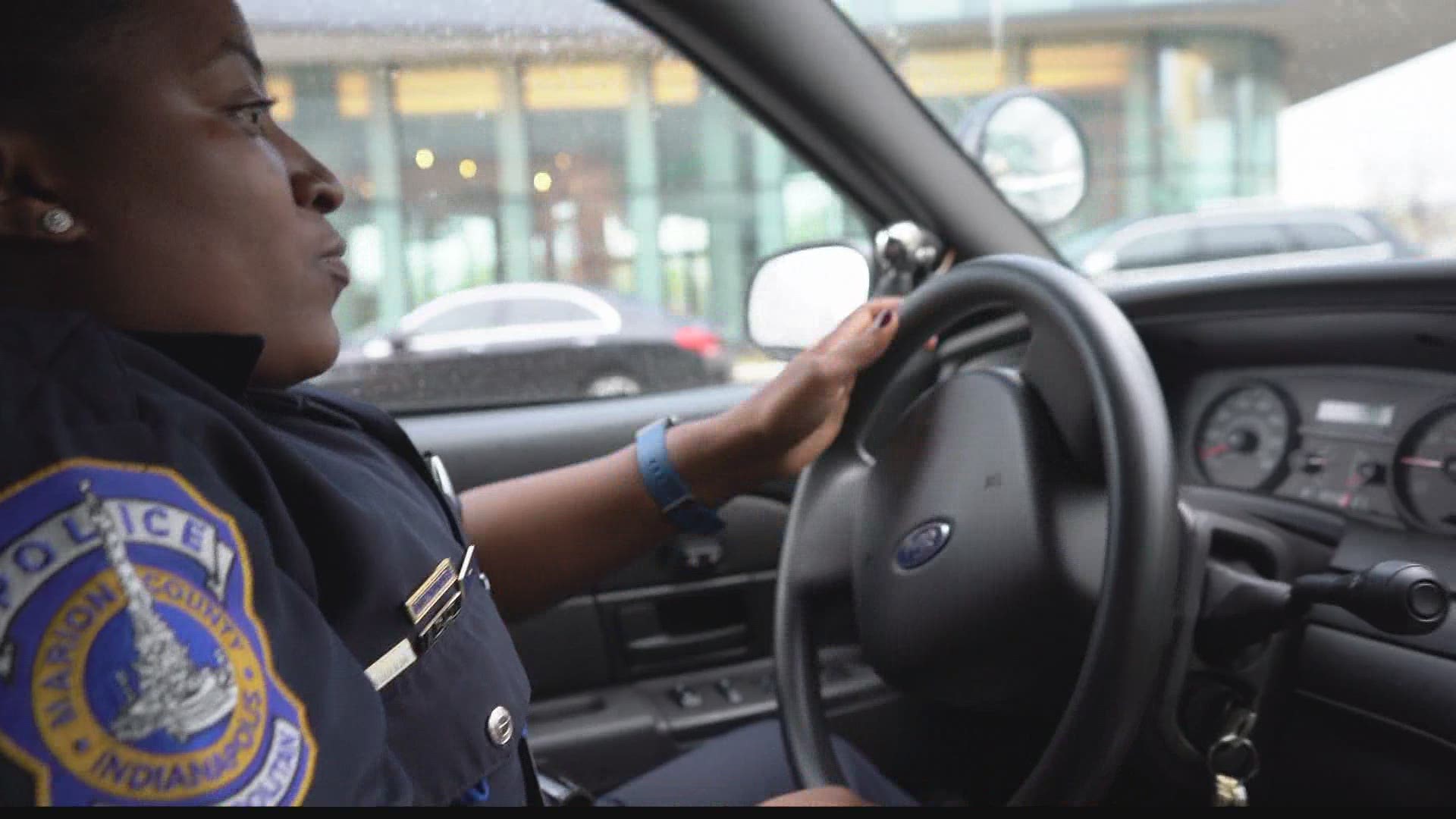 INDIANAPOLIS — With five years on the force under her belt, IMPD Ofc. Samone Burris said she always knew she wanted to become a police officer.

"I remember an officer came in to my fifth-grade classroom and talked about drugs and being safe," said Burris, an Indianapolis native. "That was the very first time I ever saw an African American police officer and he was a guy, and he was just awesome and from that moment on, I was like, 'That's what I want to do.'"

She's one of the few women on the force.

"It's challenging when we don't reflect the community because then there's a piece of culture, a piece of understanding and influence. It's harder to relate when you don't have those pieces of the puzzle that are reflective of the community," Burris said.

When public servants in any industry don't look like the community they serve, it gives credence to the "us vs. them" arguments. But diversity isn't just about race.

Women make up half of the population, but nationally, make up only 12% of law enforcement.

A national initiative called the 30x30 Pledge is aiming to build police recruit classes that are 30% female by 2030.

IMPD said this pledge is in line with the agency's existing programs focused on recruiting women.

"We have been focusing on recruiting women in our agency for some time now. We have several different things like 'Women Behind the Badge,' the pre-academy readiness program that's hosted on Tuesday nights at our academy to try to get people ready for the academy," said IMPD Assistant Chief Christopher Bailey.

A few years ago, Bailey noted IMPD's recent efforts to increase the number of women in its recruiting classes.

"I can't remember which one, almost 23% of the class was women. It was the largest number of women in our department's history. And we want to continue that trend. And not only in hiring, but also in promoting women both in our merit ranks and our appointed ranks," he said.

"To be in IMPD and work alongside male officers who trust in my training, and trust that I paid attention and trust that I have their back means a lot because you don't get that everywhere," Burris said.

The 30x30 Pledge is a coalition effort made up of police leaders, researchers, and professional organizations. It was founded by the Policing Project at the New York University School of Law and the National Association of Women Law Enforcement Executives, with support from Microsoft, and in partnership with national organizations such as the Police Executive Research Forum.

IMPD said they hope to learn from guidance offered and best practices shared by the coalition.

"Right now, we're 13.4% women in our agency, while the national average is 12 (percent), especially in our appointed ranks and our merit ranks," Bailey said.

Bailey said of that 13.4%, 20% were in leadership roles, which equals out to be less than the national average. Nationally, 3% of police leadership roles are held by women.

"It has been proven time and time again, research shows, that women use less excessive force, interact more with the diverse communities we serve, achieve better outcomes with crime victims and appear in fewer complains and lawsuits," Bailey said.

"We (women) have something to give to law enforcement, and we can't give it if we don't show up," Burris said.

According to the 30x30 Pledge's website, its work is "based on the research-backed premise that women officers achieve better policing outcomes for communities. Social science research suggests that female officers:

Burris said for those who want to see a difference in their community, becoming an officer can be a means of being the change you want to see in the world.

"Go after those positions, whether you're protesting about those or whatever that means to you. If your heart's desire is to create that change, apply," she said. "Apply, fill out those applications. We are hiring. Police departments around the world are hiring. They're looking for diversity right now."

"So don't wait, don't wait. Get out here, apply for those positions. And be the difference in the community. And that starts by becoming a police officer," she added.

Bailey said it's important for the force to not just recruit more women, but to continue to retain the ones they have.