A fire of unknown origin burned for hours Tuesday and Wednesday at Saul Goode Industries off Bluff Road. 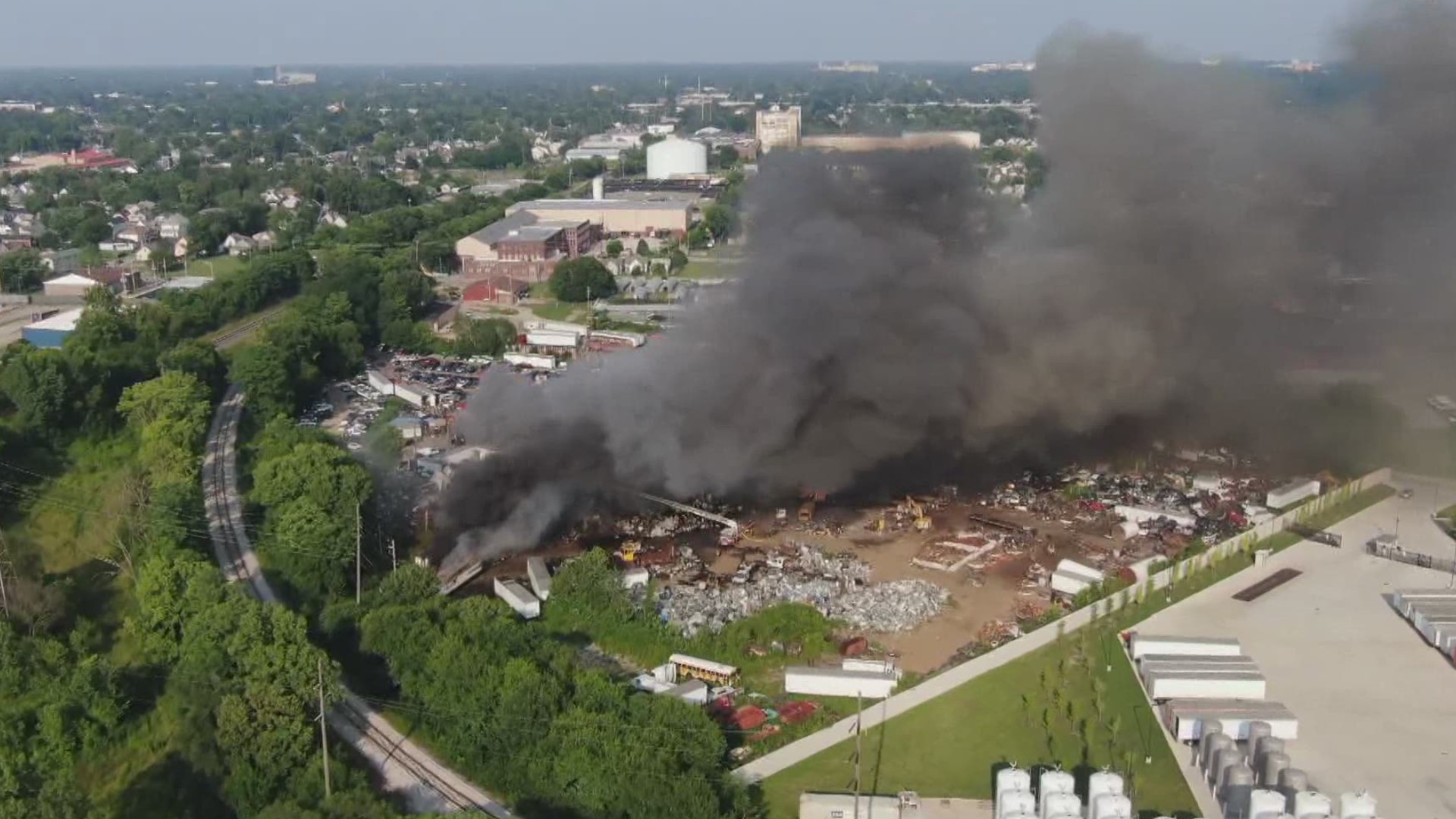 INDIANAPOLIS — A scrap yard fire that sent smoke over the city's skyline has neighbors in Indianapolis concerned for their family's health.

When you look at the smoke from the intense fire that burned for hours Monday evening and into the early morning, it's no surprise.

The Saul Goode Industries scrap yard was open for business Tuesday morning, following a huge fire that broke out around 5 p.m. Monday.

It burned for 11 hours before firefighters had it under control.

Thick black smoke could be seen for miles. In fact, one delivery driver said he went out of his way to avoid it.

"You just know when you have a building fire, all sorts of stuff gets in the air," said the driver.

And that's what worried several people 13News spoke with who live downwind of the fire.

"I came out and could see it settle and it was poison smelling, so I went in and closed all the windows," said Ray Brown, who lives in a quiet neighborhood a mile south of the scrap yard.

"Who knows what's over there and what chemicals are very close to our house here," Brown said.

Alice Andrews said she thought the same thing when she saw the darkening sky.

"I was concerned about the smell and taking it into my lungs, yes," she said.

We also talked to others in the area who said they weren't worried at all, but declined to go on camera

13News also reached to the owner of the scrapyard to ask about what caught fire and a possible cause, but haven't heard back.