Eight local live music venues are collecting socks for Horizon House, a day shelter for people who are homeless. 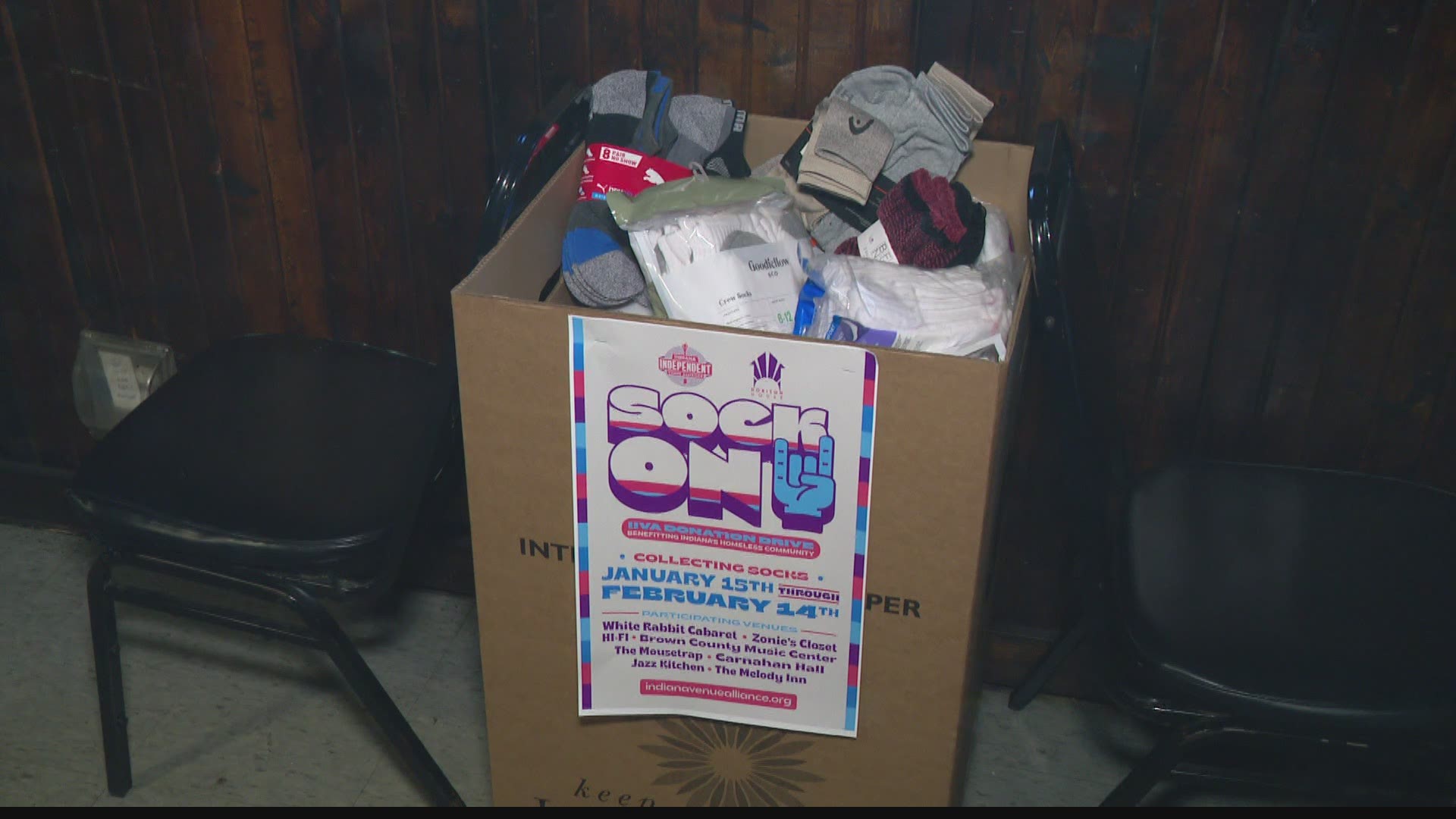 INDIANAPOLIS — They were shuttered for months, with several live music venues still closed and those now open operating at significantly reduced capacity.

As Mike Quarto, the owner of the Mousetrap Bar and Grill lamented, "Oh, it's been horrible, miserable. We lost over 50 percent of our business."

While the restaurant portion is open, the only live music at the Mousetrap is Sunday nights at 8:00, outside. And even with the vaccines and some stimulus help on the way, Quarto said, "We still have a long ways to go. I'm hoping the warm weather will help us survive this summer."

And yet, Quarto said he's grateful for his loyal customers and is eager to pay it forward.

"There's a lot of people that need warm clothes, especially socks," he said. "It's such an easy thing to do, a cheap thing to do and it will help bring people together."

Quarto is part of the Indiana Independent Venue Alliance, which represents dozens of live music venues across the state. IIVA lobbied hard for relief through the federal Save Our Stages Act. It's working to give back through its "Sock On" drive.

"Part of being a venue and music place is being part of a community, so what better way to give back?" Quarto said.

Credit: WTHR
Live music is limited to outdoors, one night a week at the Mousetrap Bar and Grill.

The Mousetrap is among eight venues collecting socks for Horizon House, a day shelter for people who are homeless, which is now serving up to 175 people a day. Socks are one of the basic necessities that is always in short supply, especially during the winter months.

Horizon House's director of development Marcie Luhigo said, "whether spending time outside during the day or sleeping unsheltered outside overnight, frostbite can happen very quickly."

Luhigo said they're grateful to be the recipient of the drive, especially given how music venues have struggled to survive the pandemic.

"The fact they thought of us and thought of our neighbors experiencing homelessness and they're wanting to help the community provide these resources is just incredible," she said.

The eight participating venues will be collecting socks for Horizon House through February 14.