Just a few days after 13 Investigates reported about a scary new virtual kidnapping scam, another victim is coming forward. 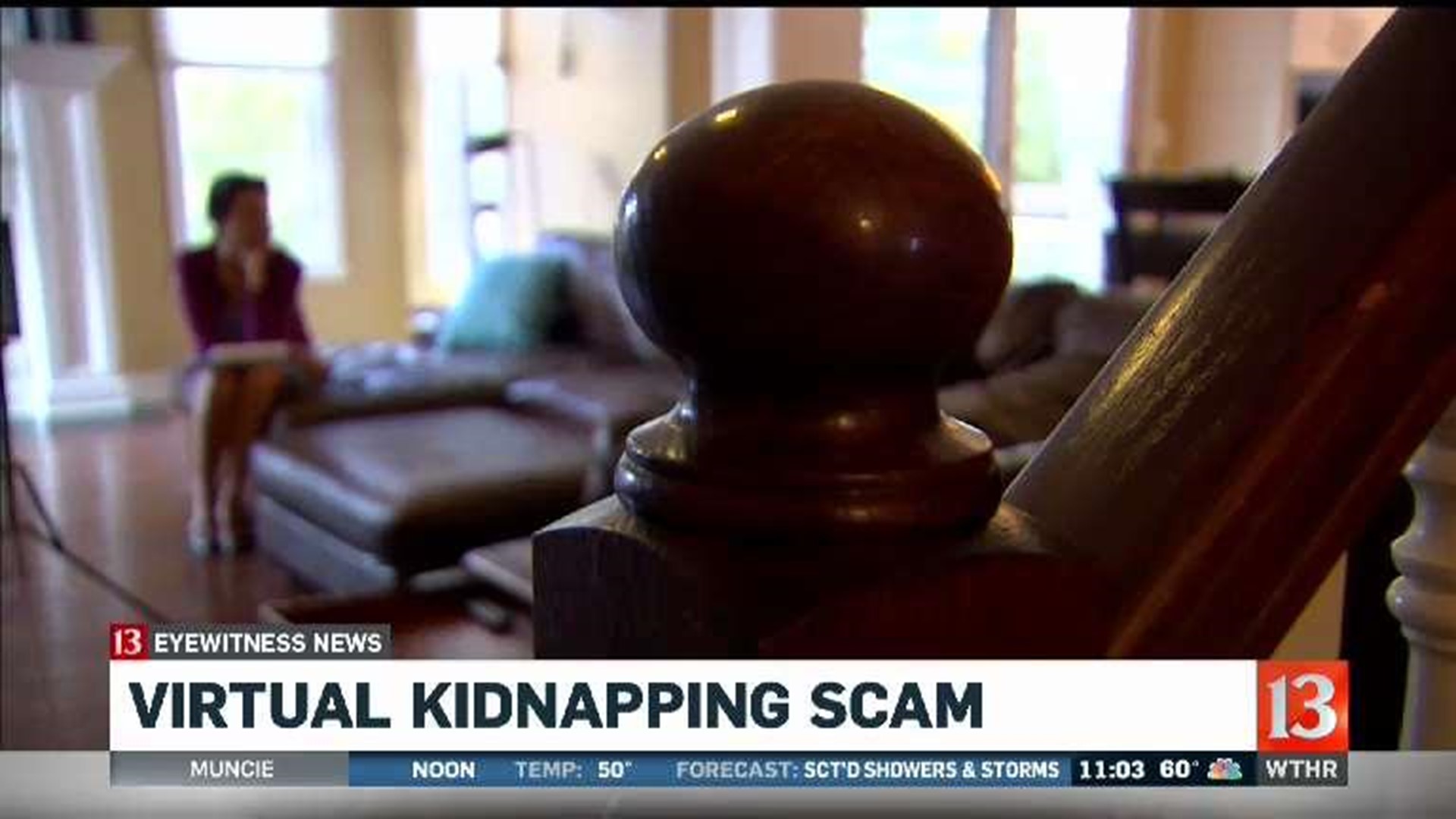 "It's just so emotional," the woman told us.

The suburban Indianapolis mom didn't want to show her face or give her name. That's because she's still shaken after her family was the target of a kidnapping hoax two weeks ago.

"It was like something you watch on TV," she said.

It started with a phone call while she was on lunch break at the elementary school where she teaches.

"The phone rang and my sister came up and I have a picture of her on my phone," she said. At first, the woman didn't answer. She did when a second call came in, displaying her sister's number.

There was a man's voice on the other end.

"He didn't say her name, but he said, 'I have your sister' and he said, 'I'm not playing around' and his voice got really loud like that and was yelling at me and said, 'things are going to get real bad if you don't listen to me, and do not call the police and do not call her husband,'" the woman said. "He told me, 'You need to go out to your car, and you need to follow directions and this whole time he's yelling at me and screaming.'"

According to the woman, she was so panicked, she hung up and called family while the school called police and went into lockdown.

Minutes later, she learned her little sister was fine and realized it was a hoax.

"I was almost so emotional that the tears didn't come," she said.

According to the FBI, virtual kidnapping — where victims are tricked into paying a ransom — is growing.

13 Investigates recently talked to a father who thought someone had his daughter, but was able to verify she was OK before giving in to the caller's ransom demands.

The FBI says the scammers use technology to make it appear you're getting a call from a loved one's number.

They also use stolen contact lists and troll social media to get personal information.

Virtual kidnapping cases have been a growing problem in the south and southwest, but it appears the scammers have found their way to Indiana. That's why the woman wanted to speak out.

"I feel like some people could definitely fall from this," she said.