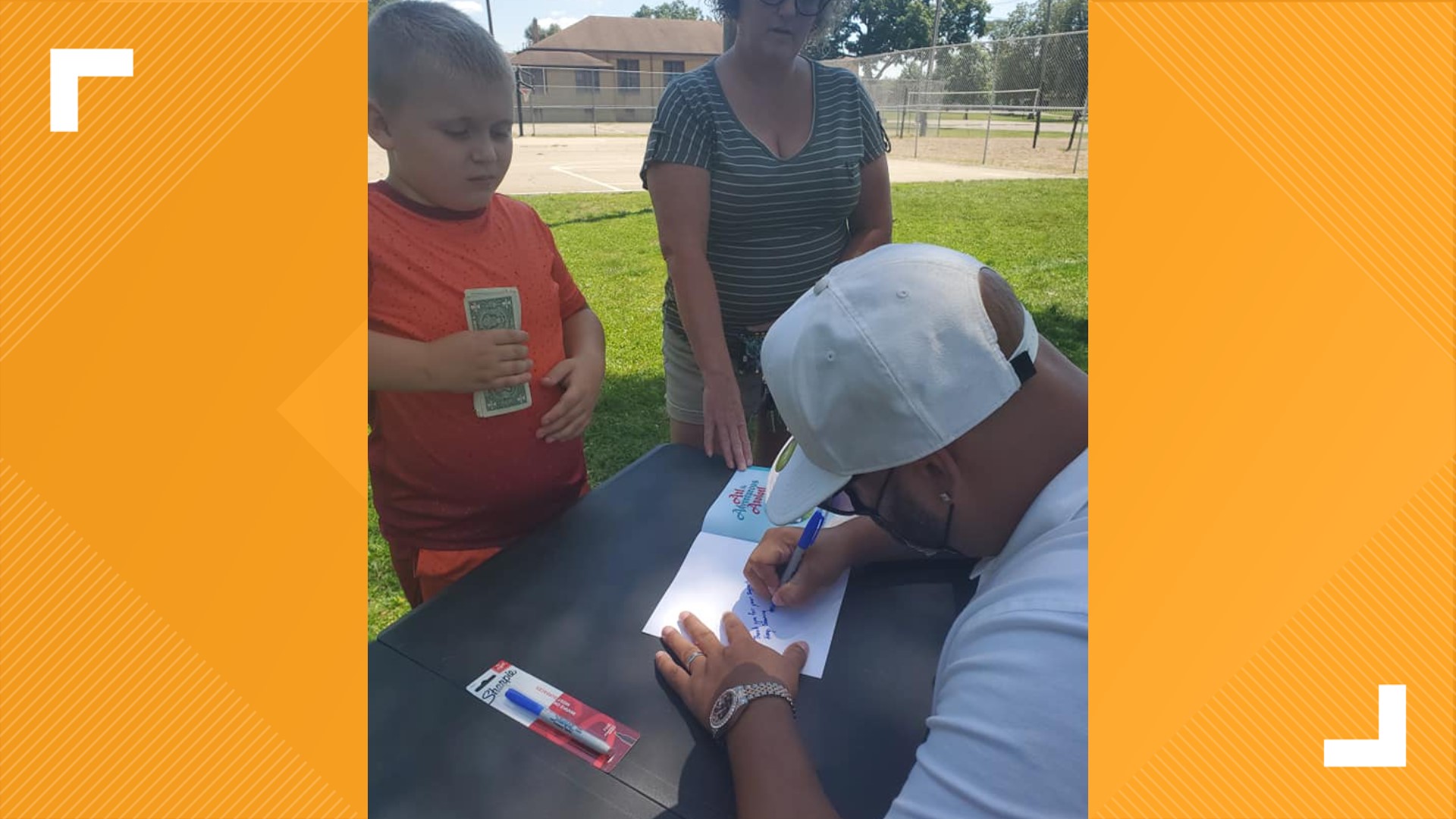 INDIANAPOLIS — A former Indianapolis teacher said he felt that books for preschool children didn’t offer many real-life lessons, so he decided to write his own. It combines his love for children with his love for writing, while also delivering an important message.

"It's teaching kids that because people are different doesn't mean you should make fun of them and bully them," said author Steven Malachi, Junior. "It's a way to understand that being different is special and that we're all made different for a reason."

"Axl the Adventurous Axolotl" was published this summer. It had been a work in progress for years.

"I held the book in my hand and I was just crying because it's been 30 years in the making," he said.

Malachi decided to celebrate by going back to where his love for writing took root: Connersville.

"I went when I did my book signing. That was the first place I wanted to do it in, Robert's Park, because that means so much to me," he said.

He can't help but to be emotional; perhaps because his writing has been a form of escape for him starting at a young age.

"The inspiration for my books came from being bullied when I was younger. I wanted to inspire kids and also have a message for those kids who were like me and sitting in class being bullied," Malachi explained.

He's now written nearly 20 other books, each with an inspirational message. He hopes to have them published, including titles like "Jaiden the Jealous Jaguar," which comes from a message he taught his daughter, Jaiden.

"When you're a kid, you see everybody else and they have all this stuff you dreamed about having, and it's just teaching kids to appreciate what you have in life," he said. "Don't always look to someone else and see what they have. Appreciate what your parents are able to offer you."

Being a first-time offer doesn't pay much. In fact, he had to pay $2,000 to have his first book published. It is sold on Amazon in digital and paperback formats.

The pandemic has also limited his ability to do readings in schools and libraries, but he's optimistic for the future.

"All my books are inspirational, and I'm just trying to teach kids that there's enough hate in this world, and we don't need any more," Malachi said. "We need to start working on getting our kids to love one another amongst their differences."