Police are continuing to investigate the case of an Indianapolis man who they believe was looking to carry out an act of domestic terrorism. 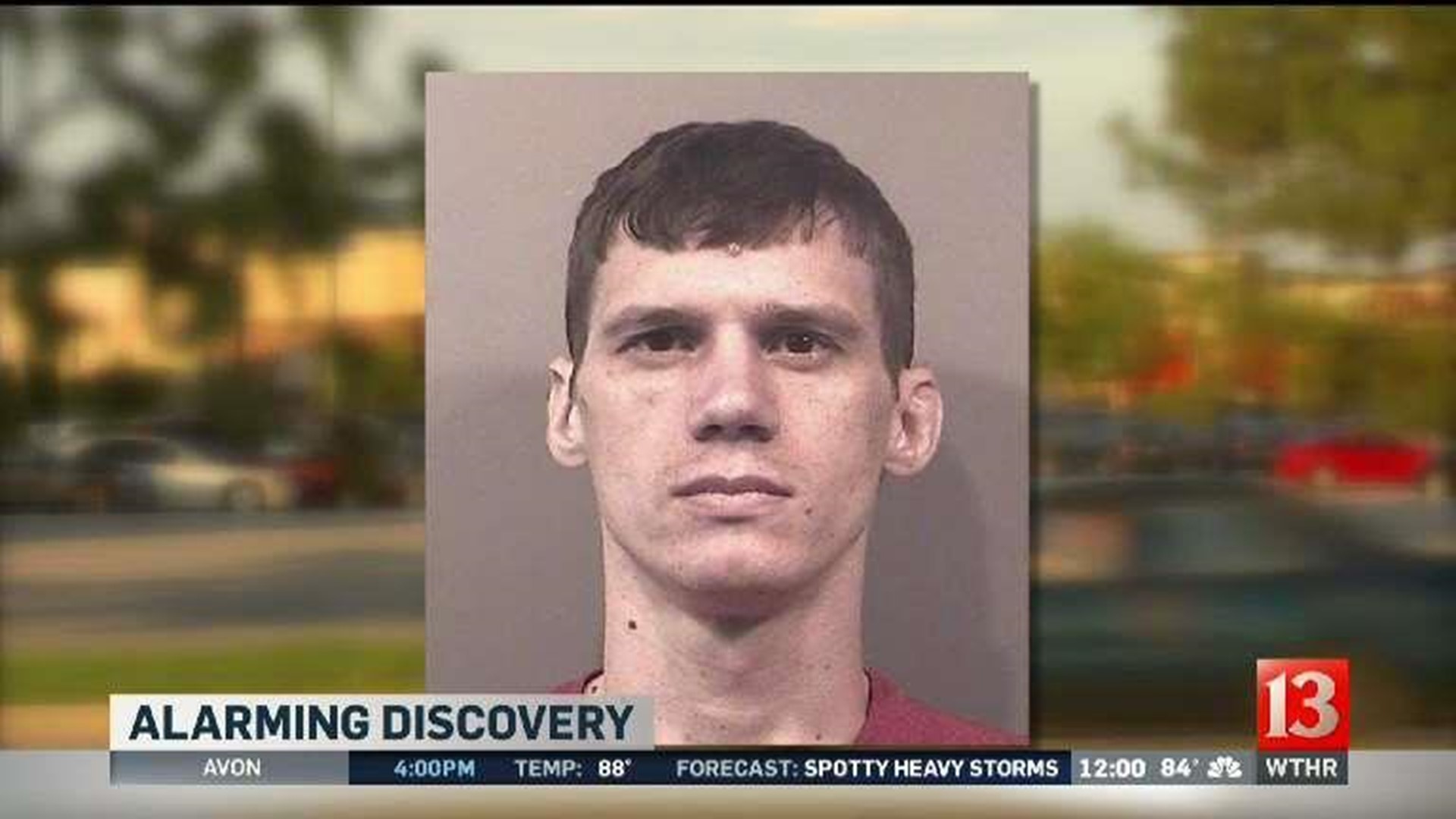 GREENWOOD, Ind. (WTHR) - Police have arrested an Indianapolis man who they believe was looking to carry out an act of domestic terrorism.

Christopher Byrne, 31, was stopped on US 31 after he was seen driving suspiciously in the parking lot of the Greenwood Park Mall August 15. Police were on patrol in the area due to a number of car break-ins in the lot and stopped Byrne for driving without a seat belt.

When the Greenwood Police officer asked Byrne for identification during the traffic stop, he claimed to be a "sovereign national" and refused to provide ID. Police were able to identify Byrne as a habitual traffic offender and placed him under arrest.

While searching Byrne's vehicle, officers found a Ruger 10-22 rifle with 100 rounds of ammunition, with a scope and homemade suppressor attached to the rifle. They also found water bottles filled with bleach and ammonia within reach of the driver's seat.

"What would you be doing with those items in your vehicle except getting ready to do something bad?"said Johnson County Deputy Prosecutor Rob Seet.

Seet says the Bureau of Alcohol, Tobacco and Firearms is putting together a case to take to federal prosecutors, though it is still unclear what Byrne may have been targeting.

"I couldn't even say that he was going to do something that day, but his activity is just odd, it's concerning and, given this day and age and recent activity we have had on the national scene we thought it was important to make sure we deal with this," Seet said.

It's not the first time Byrne faced trouble with the law. He was convicted of theft in Marion County August 2015. During that arrest, officers found an AR-15 rifle that was stolen from a Greenwood Police vehicle in October 2014. After the theft, the officer's patrol car was set on fire.

Shoppers at the mall Monday night were surprised by the news.

"It's kind of scary, yeah. You never expect that."

"Especially in a place like this, south side Greenwood. It's very community oriented."

Byrne lived on South Temple Avenue in a house shared by his grandmother.

Another neighbor says the new terror suspicions against Byrne are "scary."

"Because we've all got kids and animals. He could take out the whole neighborhood," said Jeff Poland.

Seet said even prosecutors were shocked by the allegations against Byrne.

"As a deputy prosecutor, I get threatened. It happens," he said. "And I'm very careful to protect myself. I've never seen anything like this. My fellow deputy prosecutor and I, who are working on the case, this really sent a jolt through us."

Byrne pleaded guilty August 22 to pending charges of carrying a handgun without a license with a felony conviction and a felony charge of being a habitual traffic offender in Johnson County. He is facing six years in prison on those charges and will be sentenced this November.