Decatur Middle Schoolers can't wait to watch the Lunch Lady Ninja, the nickname Amanda has taken on for her television appearance. 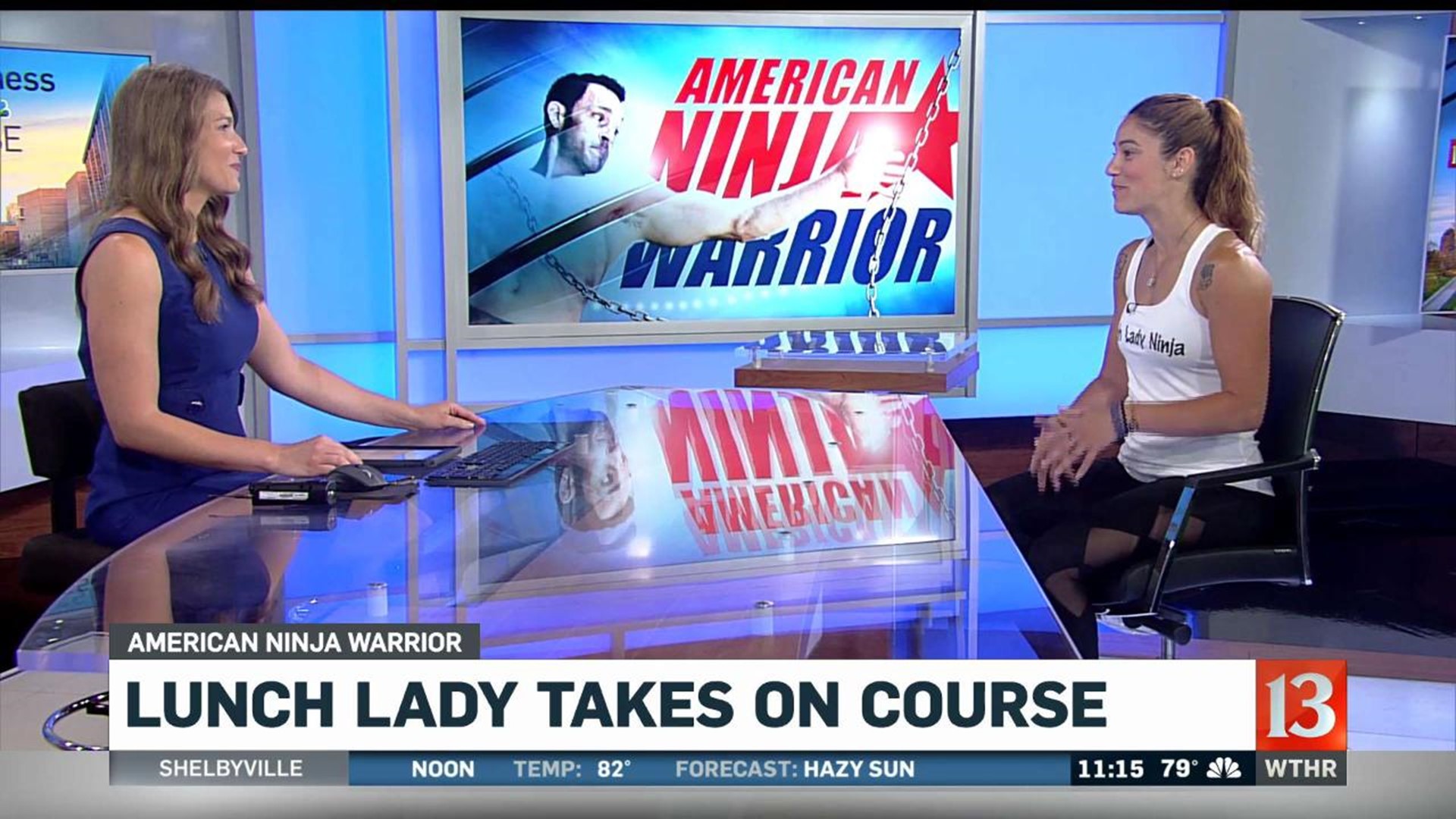 INDIANAPOLIS (WTHR) - A year ago, Amanda O'Dell could not do a pull up. Now she's up to 12 in a row during training for American Ninja Warrior obstacle courses.

"I started out scared of everything, not able to do anything,” said Amanda. “I cried a lot because I was so frustrated. Then it just slowly started happening. I just came in here and I just played."

Her playground is Trainyard 317, a warehouse gym in Decatur Township where she prepares for an audition this weekend for American Ninja Warrior.

The NBC TV show is recording episodes for the summer season in Cincinnati overnight Friday and Saturday.

"I never expected myself to be in this position,” Amanda said. “I always thought about doing these things, but I never really put the time and effort into making it something I really could do."

"Honestly there are a lot of kids that try things that they wouldn't normally try,” Amanda said. “That's one of my jobs is that I order all the produce that we have. So, it's fun to get new things for them to try."

This 36-year-old mother of four teenagers likes to try new things in the gym as well. She got serious about a year ago, training a couple hours a day 4-5 days a week.

#LunchLadyNinja Amanda O’Dell competes this weekend on @ninjawarrior tapings in #Cincinnati. She is the assistant manager at the @DecaturMSHawks cafeteria. She trains at @trainyard317. Story at 6:15 pm on #WTHR pic.twitter.com/xNK3EORtpr

"You're never too old to try this stuff because I'm creeping up to almost 40 years old. I'm definitely not like a spring chicken. It's nice to be able to show other women that you can do it whenever."

Decatur Middle Schoolers can't wait to watch the Lunch Lady Ninja, the nickname Amanda has taken on for her television appearance.

"They're super excited,” said Amanda. “They're really excited for me and they want to watch it on TV. I love them so much. I appreciate their support."

Amanda had no guarantee she will actually make it on the American Ninja Warrior television show. But she has been told she's the first-ever Lunch Lady Ninja to audition for the program. Her husband George tried out for the show in Indianapolis last year.

The co-hosts of American Ninja Warrior have a busy weekend. After recording episodes in Cincinnati, Matt Iseman and Akbar Gbajabiamila will serve as co-grand marshals for the Indianapolis 500 Sunday.

The two will give the command for drivers to report to their cars during pre-race ceremonies.

The new season of American Ninja Warrior premieres May 29 on WTHR Channel 13.