A federal judge has denied the Standing Rock Sioux Tribe's request to temporarily stop construction on the four-state Dakota Access oil pipeline near their reservation in North Dakota. 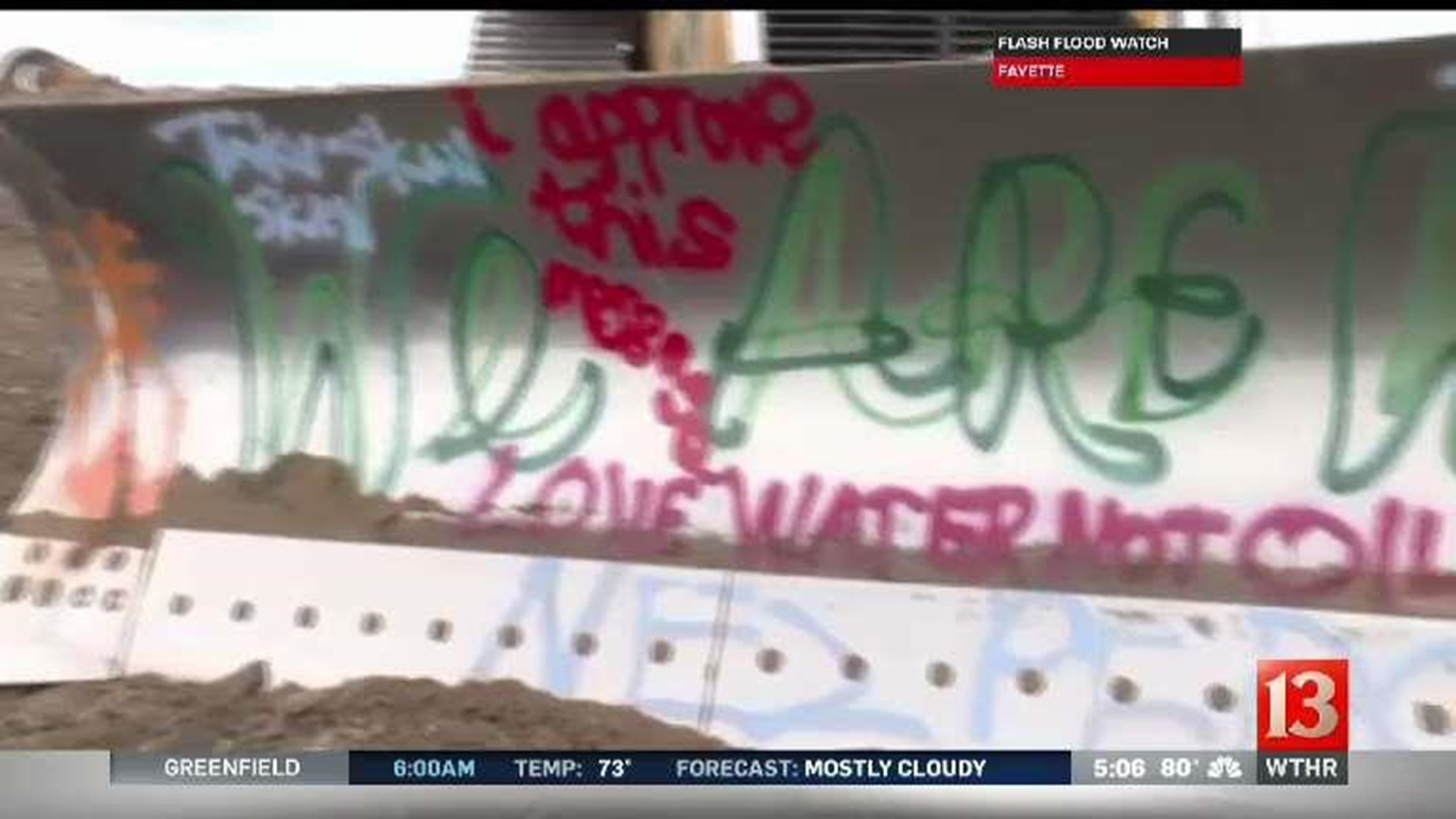 INDIANAPOLIS (WTHR) - A group of protesters marched through downtown Indianapolis Friday morning in solidarity with a group of Native Americans who are fighting to stop the $3.8 billion Dakota Access Pipeline that is set to carry oil from North Dakota to Illinois.

A federal judge has denied the Standing Rock Sioux Tribe's request to temporarily stop construction on the four-state Dakota Access oil pipeline near their reservation in North Dakota. Friday's ruling by U.S. District Judge James Boasberg comes amid growing protests over the pipeline, which would cross the Missouri River less than a mile upstream of the reservation.

Protestors in Indianapolis say the fight goes beyond the Dakotas.

"We are trying to reach all people because it's not just an Indian thing anymore. This is about life to all human beings, all humanity and all living things. If the water is tainted and poisoned and continues to do so to all the rivers, eventually there will be no water," said Nantan Lupan, who attended the Indianapolis protest.

Meantime, the Standing Rock Sioux's tribal historian says the decision gives her "a great amount of grief." LaDonna Brave Bull Allard, who also has been a part of the protests near the North Dakota reservation, says that the tribe will "continue to stand" and "look for legal recourses," as well as continue to protest peacefully.

Attorney Jan Hasselman with environmental group Earthjustice, who filed the lawsuit in July on behalf of the tribe, said in the days before the ruling that it'll be challenged.

Hasselman said that they'll "hope that construction isn't completed while that (appeal) process is going forward."

Allard also noted that her tribe is not the only that's filed a lawsuit. The Yankton Sioux tribe in South Dakota did the same yesterday.

The tribe argues the pipeline could impact drinking water and that construction has already disturbed ancient sacred sites.

A lawyer for the tribe says the ruling will be appealed.

Meantime, the North Dakota state agency that regulates private investigation and security firms is looking into the use of force against protesters of the Dakota Access pipeline.

Tribal officials say about 30 protesters were pepper-sprayed and some were bitten by dogs after construction workers bulldozed alleged sacred sites last weekend.

Monte Rogneby, an attorney for the North Dakota Private Investigation and Security Board, says the board received complaints about use of the dogs.

He says the probe should also find out whether the private security personnel at the site are properly registered and licensed. Rogneby says the board has contacted private security firms that it believes were involved in the protest, but he would not name them.

Rogneby says the board wants to finish its investigation "sooner rather than later."

The Great Plains Tribal Chairman's Association has asked U.S. Attorney General Loretta Lynch to send federal monitors to the site. The association, made up of tribal leaders in the Dakotas and Nebraska, aims to defend tribal rights.

Lynch's office did not immediately respond to a request for comment from the Associated Press.


The Associated Press contributed to this report.