Indianapolis businesswoman, philanthropist and community leader Christel DeHaan died at the age of 77. 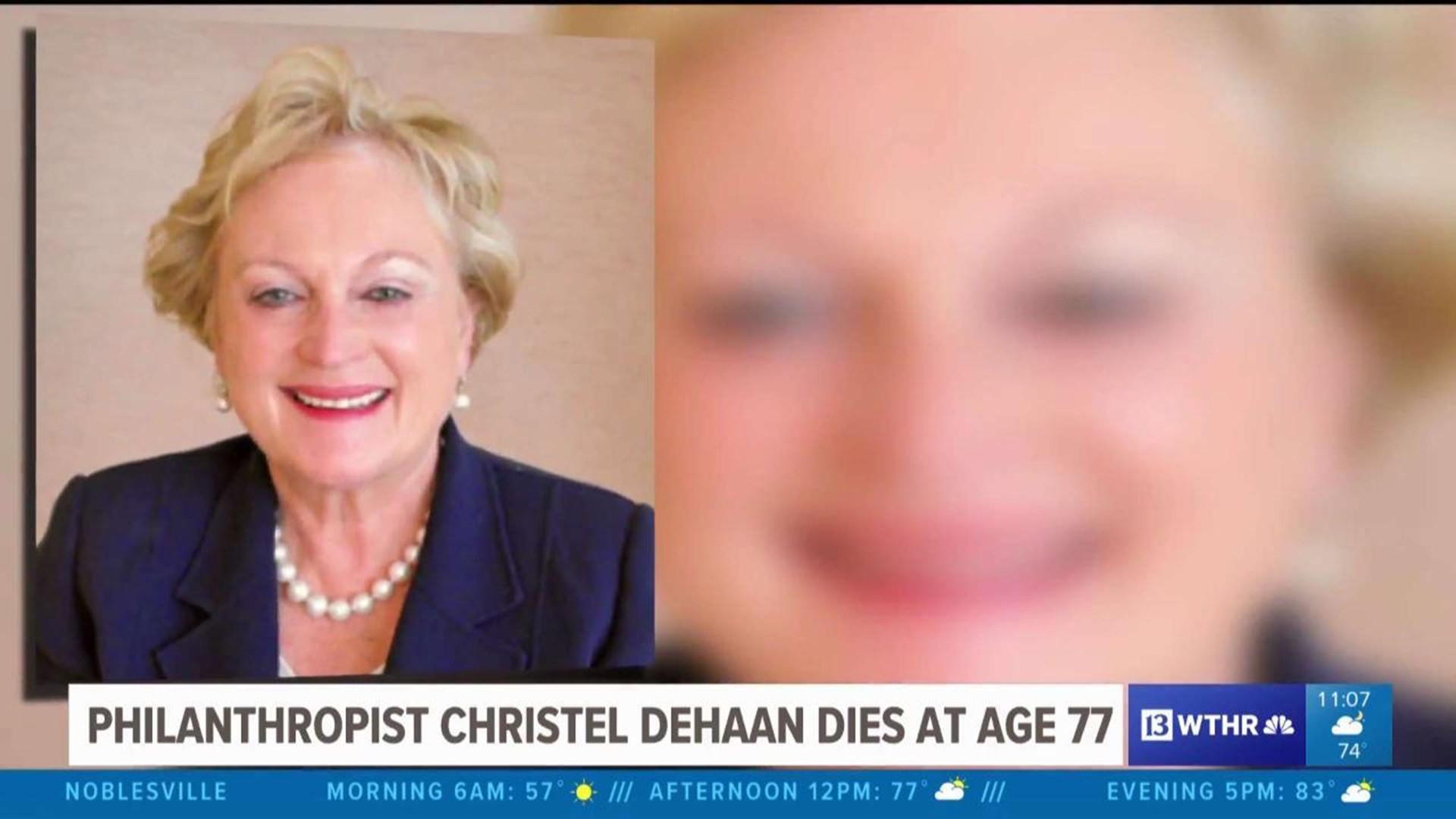 The organization, founded in 1998, has two academies and two dropout-recovery schools in Indianapolis, and several other schools internationally in India, Jamaica, Mexico, and South Africa.

“While we were lucky that Christel decided to call Indianapolis home, she was truly a citizen of the world. As a philanthropist, Christel utilized her resources to invest in areas where she saw a need – strengthening arts and cultural institutions and providing educational opportunities to children in Indianapolis and around the globe.

I am grateful for the friendship and support of Christel over the years and know that her impact will be felt for generations to come.”

“Janet and I were heartbroken to hear of the passing of a great community leader Christel DeHaan, and we are keeping her family in our thoughts. Christel was a world renown humanitarian, rooted in her expertise in business and expressed through immense compassion. She used her talents to support the arts, and transform the lives of impoverished children globally through educational access to those she had never met. I will miss her spirit, her wit, her commitment, but most of all daily inspiration. We should all be comforted knowing her legacy will live on for generations to come.”

Indianapolis has lost a giant with the passing of Christel DeHaan today, but her legacy of philanthropy and service will continue to touch lives around the world. Christel’s steadfast commitment to listening to the voices of the anguished and taking bold action to make a difference is a lesson to us all. Where she saw disparities—in Indianapolis or across the globe—she sought to alleviate them; where she saw people in need of opportunity, she worked to open doors. Our community, and our world, are stronger because of her and the example she set.

“Cheryl and I were saddened to hear of the passing of one of Indiana’s most extraordinary philanthropists, Christel DeHaan. I had the chance to work with Christel for more than 20 years to dramatically change education opportunities for thousands of low-income Hoosier families. Her impact, however, went far beyond Indiana’s borders as she opened opportunities for impoverished children around the world, forever changing young lives. She was deeply compassionate, constantly gracious, and an extraordinary and tireless advocate for children, the arts and justice in our communities. She is irreplaceable and will be sorely missed.”