Father Patrick Doyle, pastor of Nativity of Our Lord Jesus Christ Church on the southeast side, was suspended after the Indianapolis Archdiocese received a report Tuesday. 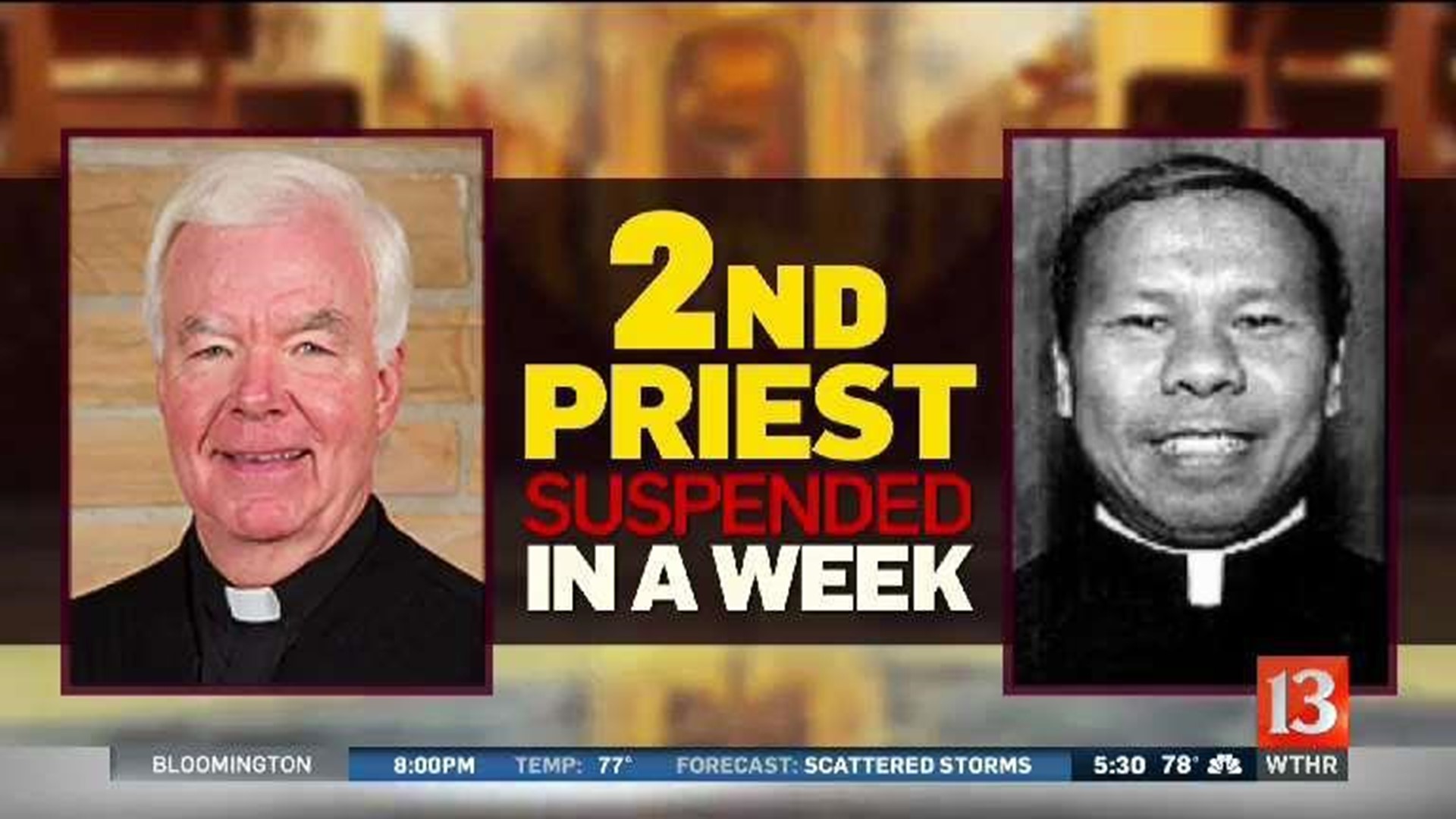 INDIANAPOLIS (WTHR) — Father Patrick Doyle, pastor of Nativity of Our Lord Jesus Christ church on the southeast side, was suspended after the Indianapolis Archdiocese received a report of sexual misconduct Tuesday that allegedly took place several decades ago. Doyle has been a priest for 43 years. His ministry has included roles at St. Joan of Arc and Bishop Chatard. Eyewitness News was unable to reach Doyle for comment.

Just last week Father John Maung, 79, was suspended after being accused of sexually abusing a child — again, decades ago. It's an allegation he's denied.

The suspensions come after Indianapolis Archbishop Charles Thompson pledged to release the names of all priests accused of abuse.

A spokesman for Archbishop Thompson said Thompson was "acting out of an abundance of caution."

He said the allegations against Doyle were looked into by an Archdiocesan Review Board and forwarded to the Indiana Department of Child Services.

James McGrath, a professor of religion at Butler University said, "The church trying to be transparent is a step in the right direction," but added, "It's coming later and it's playing catch-up in a way that still troubles people who are expecting more, and expecting something different from the church."

McGrath said, whether it's the Catholic church or other religious institutions, "People are expecting a higher standard from religious leaders and organizations."

Tim Lennon with the Survivors Network of those Abused by Priests, SNAP, said of Thompson's decision to release names, "It's incredibly sad it wasn't the practice forever, a year ago, 10 years ago, 20."

Lennon also expressed hope it would encourage more victims to come forward. But he said much more needs to be done.

It's a move Indiana Attorney General Curtis Hill has declined to take. In a statement released by his office, Hill said all sexual abuse allegations must begin at the local level.

“While the alleged conduct, according to the Pennsylvania grand jury report is beyond reprehensible, in Indiana, any investigation of criminal sex abuse must begin at the local level with specific allegations against a person or organization.”

In the meantime, Both Doyle and Maung are prohibited from taking part in any ministry, or even being on church property, while the investigations into the allegations are underway. A spokesman for the Archdiocese said they had no idea how long the investigations might take.