Will the Red for Ed rally lead to change, state leaders weigh in

While it wasn't guaranteed that some money would go to teachers, it is what Speaker Brian Bosman said they intended. 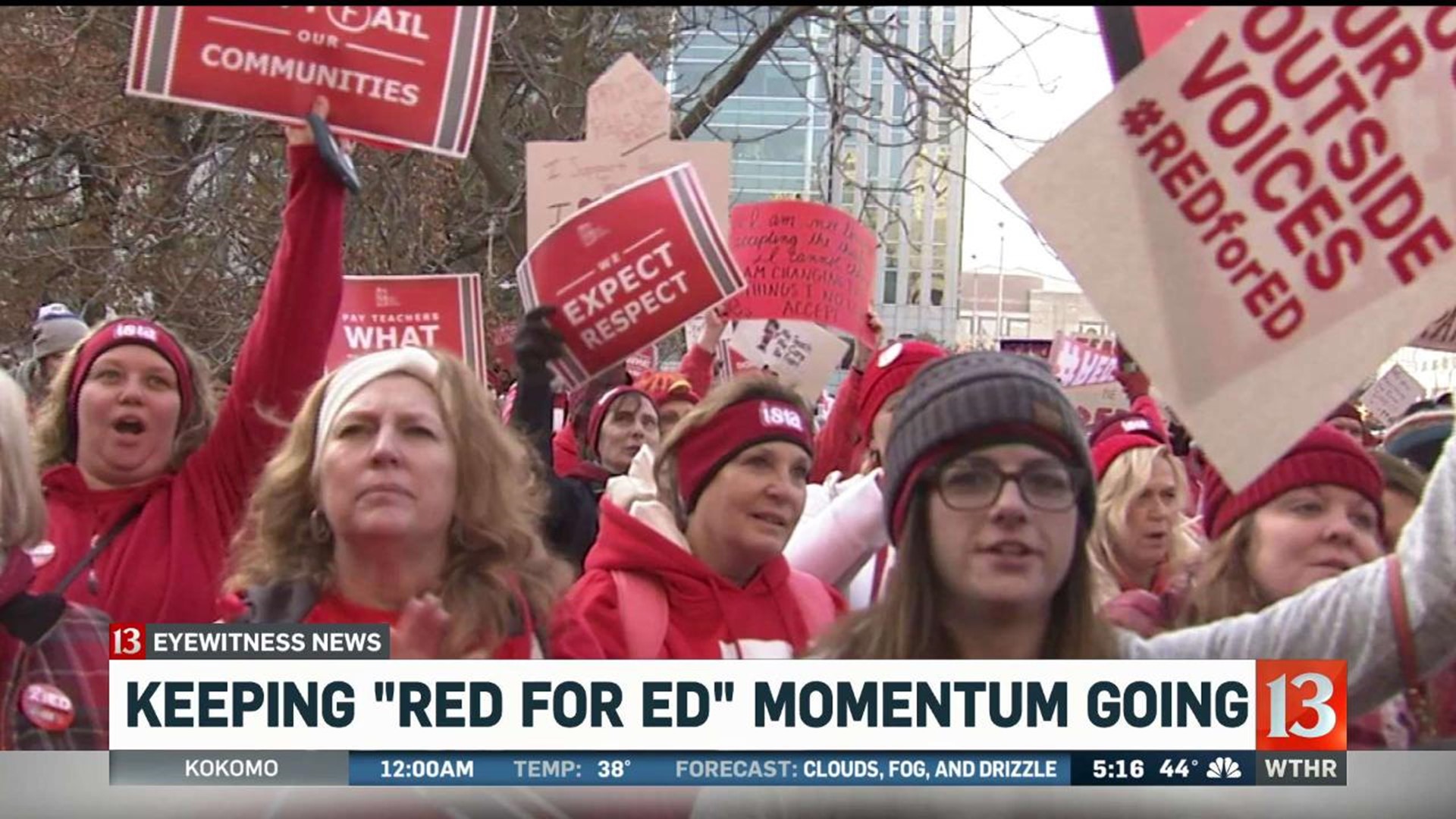 INDIANAPOLIS (WTHR) — On Tuesday, around 20,000 teachers and their supporters flooded the Indiana Statehouse demanding change.

They wanted better pay, revisions to ILEARN before they would be held accountable in their evaluations for the students' results, and a repeal of new requirements to be able to renew their teaching license.

Governor Eric Holcomb was out of state and responded to the teachers with a statement and tweets from his campaign twitter page touting how much money was allocated to public schools in recent years.

The tweet said that since 2017, Indiana has increased K-12 education funding by $1.6 billion.

Since 2017, Indiana has made historic investments in education. These investments have helped schools across the state improve! pic.twitter.com/xZZqJAASgT

It is up to the districts to decide how to allocate that funding. While it wasn't guaranteed that some money would go to teachers, it is what Speaker Brian Bosman said they intended.

"We did lay a clear message. We told them we want this money going to Hoosiers and we will be watching you report back. And we will," Bosma said. "We have a disconnect between what the state sends and what gets to the teachers. We have tried various ways to address that but we certainly have not gotten the job done."

"Very first order of business in the House will be to adopt a hold harmless provision regarding testing results this year," Bosma said.

Teachers might also see some movement on the regulations, but the speaker said the issue with removing them is that often times lawmakers don't get specifics from teachers or the Indiana State Teachers Association.

"Teachers you know you have too many regulations on you. We have tried to repeal some. We will try again this session," Bosma said. "We are looking for a very good outline about exactly what you think you need to happen to remove burdensome regulations and we will consider it. We actually ask for this many times and we hear 'burdensome regulations,' but we don't get specifics."

ISTA had made it clear that they want requirements under HEA 1002 to complete new requirements to renew a teacher's license to be repealed. That work includes a corporate externship.