Whitley County K-9 killed in crash at end of pursuit

A police K-9 was killed in a fiery crash following a pursuit in northeast Indiana Wednesday. 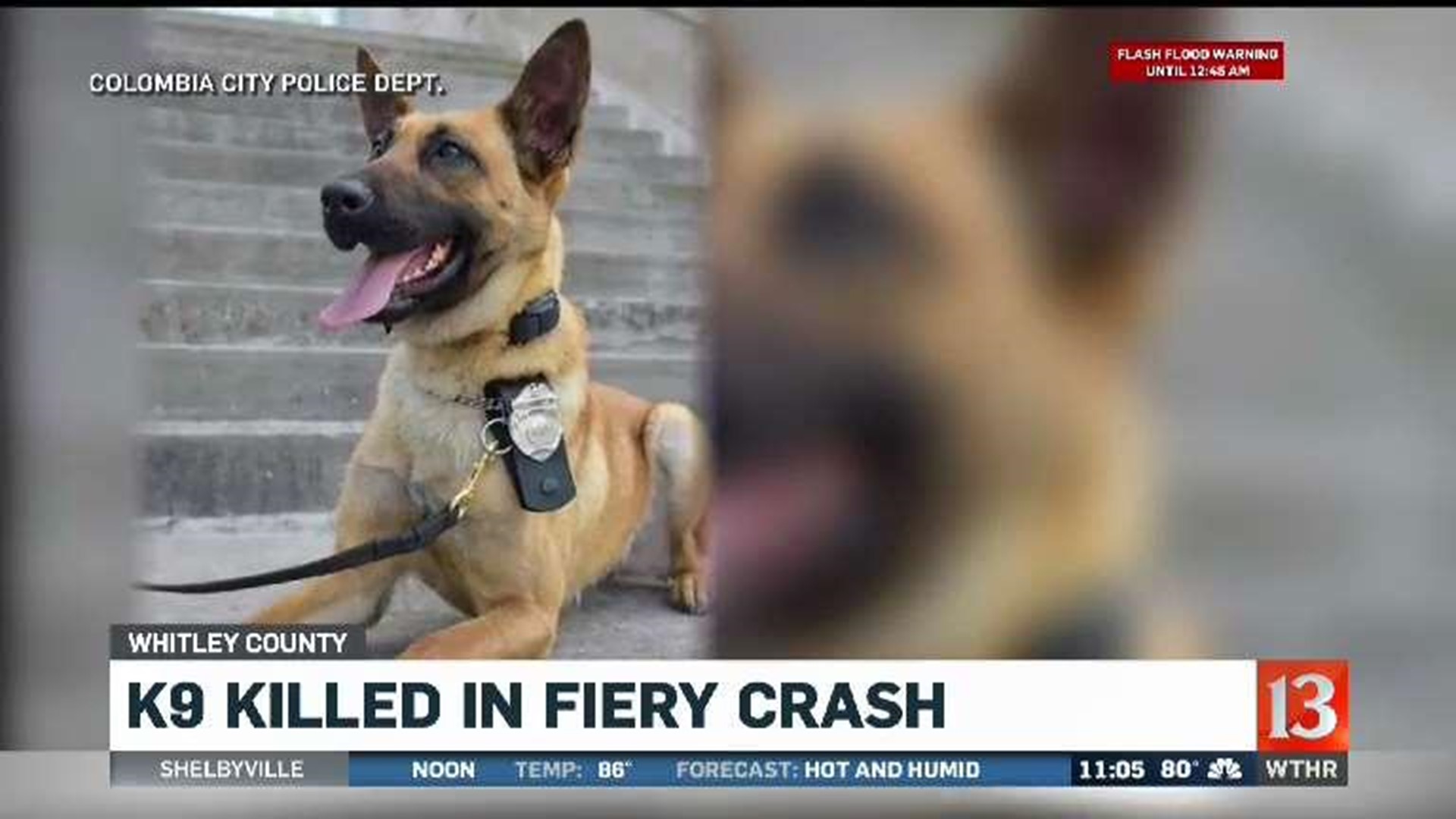 WHITLEY COUNTY, Ind. (WTHR) - A police K-9 was killed in a fiery crash following a pursuit in northeast Indiana Wednesday.

The Whitley County Sheriff's Office told WPTA-TV a department K-9 named Cas died in a crash on U.S. 30. Sources told the station the crash happened during a pursuit near CR 450 West.

It is with heavy hearts that Sheriff Gatton announces the passing of K9 Cas. Deputy Archbold was not injured in the incident. A full statement will be released tomorrow after formal charges are made.

State police say a trooper saw a vehicle that was reported stolen during an armed carjacking in Plymouth and began the pursuit. Other officers joined in the chase and a high-risk stop was attempted in Kosciusko County. The driver of the suspect vehicle pulled over and the passenger got out, but the driver sped off once again.

A Whitley County deputy stopped to deploy stop sticks to deflate the suspect vehicle's tires, but the driver swerved to avoid them and struck the deputy's cruiser on the passenger side. The collision pushed the cruiser into the westbound lanes of traffic, where it caught fire.

Officers were unable to get K-9 Cas out of the vehicle. It died at the scene. The deputy was not harmed.

Police say the driver of the allegedly stolen vehicle is being treated for minor injuries at a local hospital.

Officers from six agencies were involved in the pursuit.