Township Trustee Jennifer Tiesing plans on terminating three full-time firefighters next week and the township board says she's not considering their solutions. 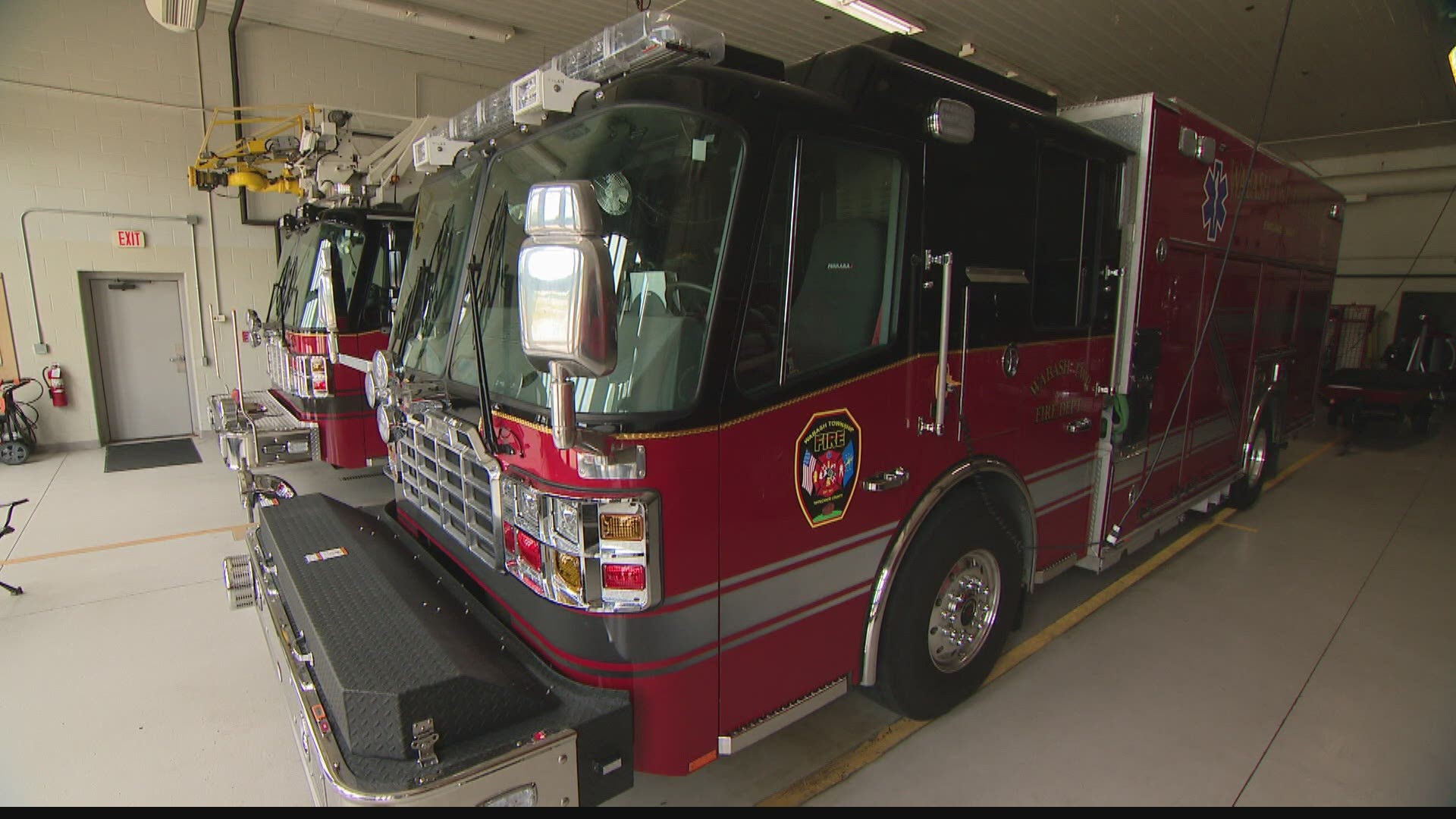 TIPPECANOE COUNTY, Ind. — It's "crisis mode" for a community about to lose its full-time firefighters.

Wabash Township Trustee Jennifer Tiesing wants them gone in six days, in favor of a part-time or volunteer fire department. It's a move people in the township near West Lafayette say leaves homeowners vulnerable and puts lives at risk.

Meanwhile, the town board is seeking counsel from an attorney to keep the firefighters on the job.

Instead, 13News learned she went to a brewery.

"Somebody sent us a picture of her over there while we were still in the meeting," said Deputy Fire Chief Jim Lewis, who is a volunteer firefighter with WTFD and has been on the department for 35 years.

"That is really thumbing your nose at the whole incorporated area," added township board member David Tate. "65,000 people and somebody saying – 'doesn't matter.'"

It caps off a firestorm of controversy in this growing community.

Teising faces 20 felony theft charges for allegedly living outside the district while collecting her township salary. Also, she plans to terminate the area's three full-time firefighters next week, on June 29.

That's despite the board last week transferring money to pay them through 2023.

"The firefighters are under a lot of stress. I've watched it get progressively worse," Lewis said.

"We've got the money. It's not a question of finances," Tate said. "It's a simple power play, a wrong power play, and we're all caught in the middle."

Fire crews warn a part-time or volunteer department would double response times for people in crisis.

"If we eliminate our paid guys, then our volunteers are going to have to do all the work and a lot of them have jobs during the day so there's not going to be a lot of us available," Lewis explained.

"If you look at the time it takes for a building, a structure, a car wreck, bleeding out, heart attack, diabetes, any of those instances, it's the golden hour. It's the time that's key. We won't have that," Tate said. "It's going to put people at risk and right now, I don't think that's a concern of the trustee's decision. It's a power play and it's going to cost lives."

RELATED: Wabash Township trustee under indictment for theft is laying off paid firefighters

"It seems like everybody but her can see that it's not necessary to terminate them and the one that ultimately has the authority is her," Lewis added.

A sign posted on the trustee's office door says she only takes appointments now, out of office. She wouldn't take questions by phone from 13News, saying she was busy and on the other line.

Tiesing later told 13News by text that she still planned to eliminate the full-time employees to "stay within our annual tax revenue" and said she didn't attend last night's emergency meeting because "the board didn't send me the agenda to post on the township door within the required 48 hours notice."

Firefighters and board members are now trying to stop the terminations or perhaps wrestle the department from Teising's control. They met with state lawmakers on Monday and spent Wednesday talking to attorneys.

But there's no easy option.

They'd have to quickly prove either incapacity to perform in the job or the residency issue. Even the felony theft indictment against Teising won't make it to the courts until July, after her planned termination date for the firefighters.

"The trustee, as the statute now stands, has ultimate authority. And it really ties our hands," Tate explained.

Still, with six days to go, he said they're vowing to find a way to keep those firefighters on the job.

Tate has a tattoo on his arm that, translated from Latin, means "firm resolve knows no weakness." He said it's fitting for this fight in his community.

"If you really believe in something, you stand fast. That's what we're doing," Tate said. "The avenues for recourse for this are very small and it's up to the interpretation of the legal system and we're hopeful."

There are two more emergency meetings with the firefighters' future on the agenda. Those are set for Friday and next Tuesday, June 29.