A woman who is suing Indianapolis-based USA Diving and a Hamilton County diving club joined other survivors of sexual abuse testifying before a U.S. Senate subcommittee Wednesday in Washington, D.C. 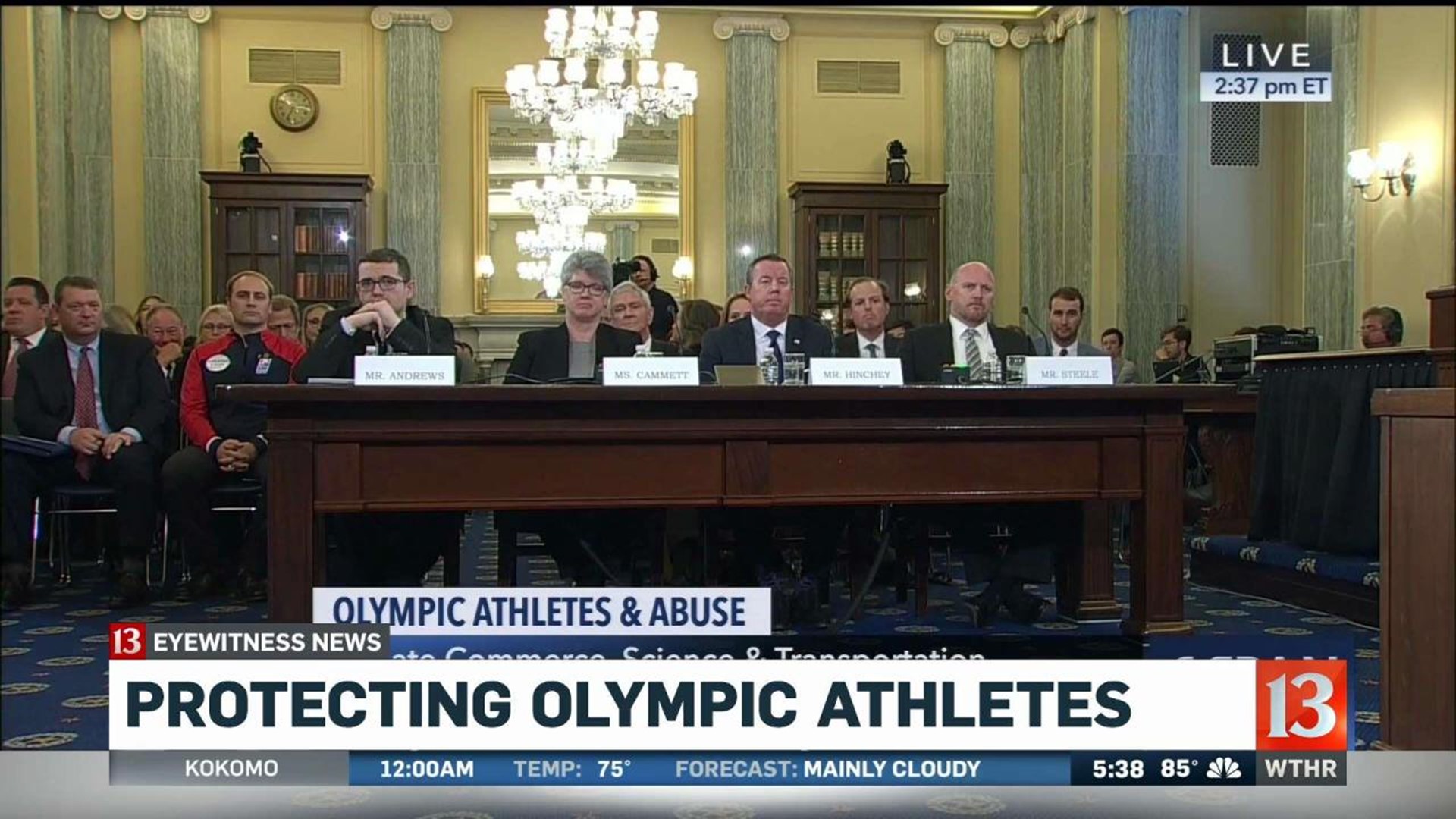 WASHINGTON, D.C. (WTHR) - A woman who is suing Indianapolis-based USA Diving and a Hamilton County diving club joined other survivors of sexual abuse testifying before a U.S. Senate subcommittee Wednesday in Washington, D.C.

The hearings come in the wake of the Dr. Larry Nassar scandal. More than 200 women say they were sexually abused by the former USA Gymnastics and Michigan State athletic doctor. Nassar is serving decades in prison for child molestation and child pornography.

The heads of four Olympic sports governing bodies sat on a panel that answered questions as the subcommittee examines the processes used by the United States Olympic Committee and the national governing bodies for individual Olympic sports to protect athletes from abuse. Survivors of abuse from various sports testified before the televised portion of the hearing.

Sen. Jerry Moran (R-Kansas), subcommittee chairman, asked the survivors to stand and be recognized during the hearing.

"Thank you very much. We're honored and pleased by your presence," Sen. Moran told the survivors as they received applause.

Those survivors include one of two women who have filed a class action lawsuit against USA Diving and RipFest Indiana Diving Academy in Arcadia, Indiana. The woman was 16-years-old in 2015 when she says coach Johel Ramirez Suarez repeatedly sexually assaulted her during stretching exercises. The lawsuit claims RipFest president John Wingfield dismissed complaints from multiple divers.

The lack of protection for athletes from sexual abuse prompted these hearings.

"We can never promise that sexual abuse will never happen again,” USA Weightlifting CEO Phil Andrews told the subcommittee. “It's impossible to promise that. What is critical is how we respond."

"When I was young, it's not something that you would talk about,” said U.S. Figure Skating President Anne Cammett. “Now the climate has changed, and we have the ability to educate and let people know that they can come forward."

The U.S. Center for Safe Sports was created to provide sports organizations with abuse prevention policies and programs and give athletes in Olympic and Paralympic sports a safe place to report sexual abuse. But the heads of the governing bodies told the subcommittee Wednesday that response too allegations is too slow.