Three missing teenage girls who disappeared near the Wabash River between Peru and Wabash have been found safe. 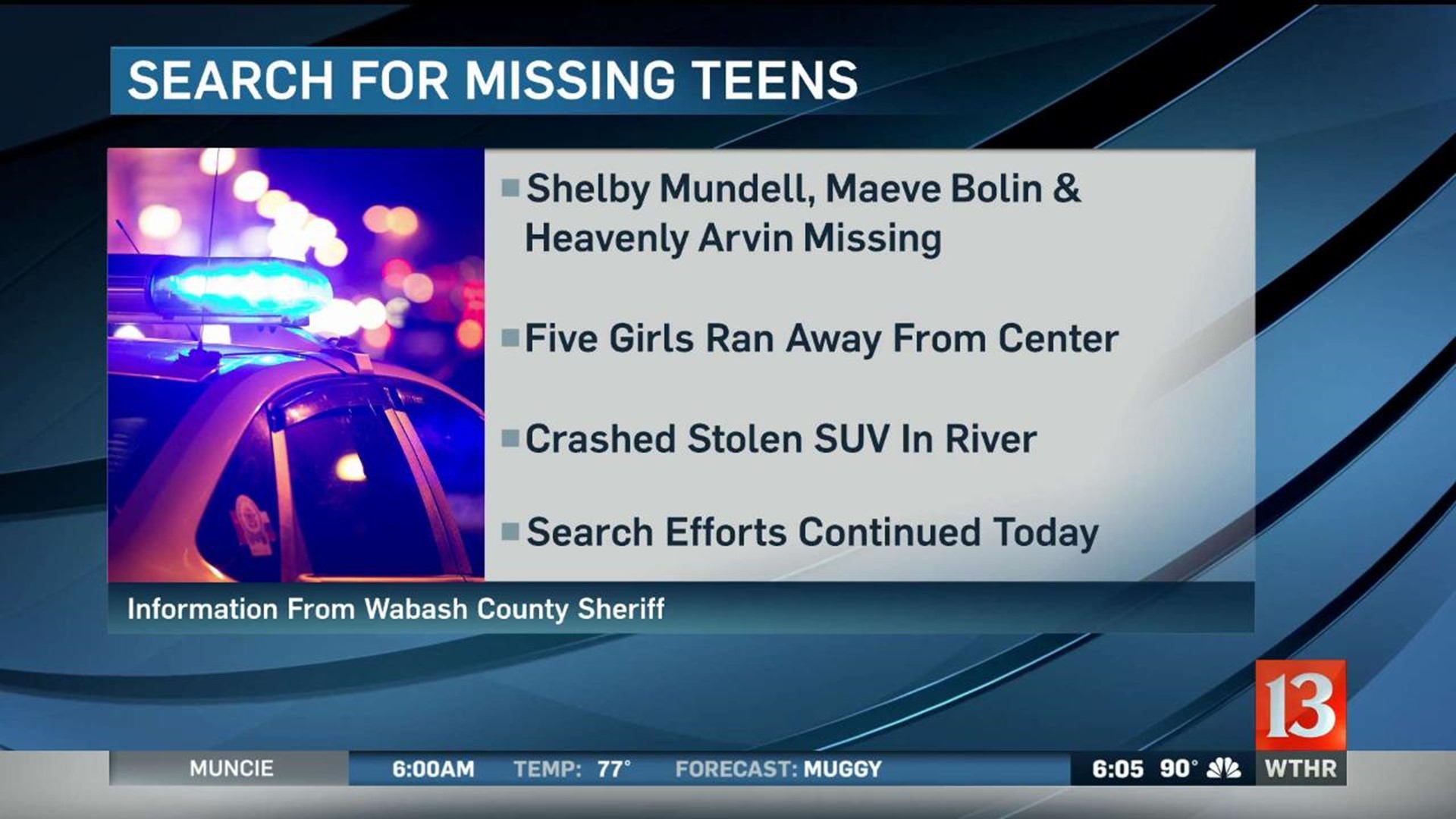 WABASH, Ind. (WTHR) — Three runaway teenage girls who eluded police near the Wabash River between Peru and Wabash have been found safe.

According to an update from Wabash County Sheriff Ryan Baker, the three missing girls ran away from Whites Family and Residential Services in Wabash Friday night and were located Sunday in Peru after a search involving state and local agencies.

The three missing girls have been identified:

They were first spotted in a stolen SUV Friday night, along with two other girls, and pursued by a Wabash County deputy on State Road 124 between Wabash and Peru shortly before midnight.

When the SUV drove into a field toward the Wabash River near the Wabash-Miami county line, the girls all left the SUV and only two were located. Those two told police that the other three had gone into the river.