Seven years after her death, Elinor Ostrom is still breaking that glass ceiling. 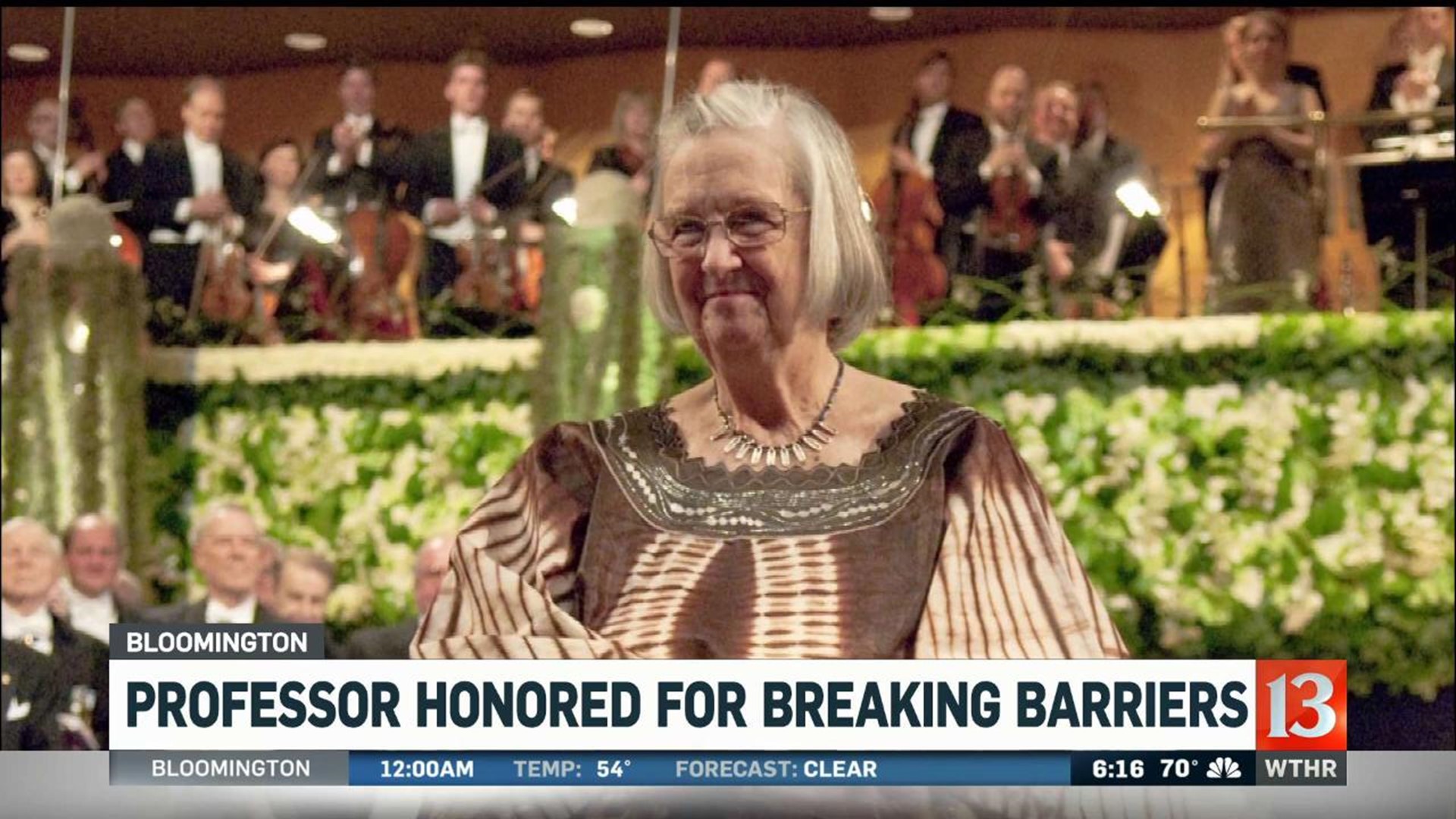 BLOOMINGTON, Ind. (WTHR) - She broke the glass ceiling ten years ago when she was awarded the Noble Prize in Economics.

Ostrom, a political science professor at Indiana University, became the first woman to win the Nobel Prize in Economic Sciences ten years ago this month.

"Yes, I appreciate the honor to be the first woman and I won't be the last," she said at a news conference announcing the award in October 2009.

She confronted a glass ceiling after graduating from UCLA and then shattered it at Indiana University.

"I like to think, in the vast cosmic universe and whatever else we may have gotten wrong in respect to women over the last 200 years, Elinor Ostrom will always count as something IU got extremely right. What a happy occasion to celebrate that," IU Provost Lauren Robel explained.

Lauren MacLean saw her at the airport after she received the distinguished award.

"I nearly tripped over her because she was curled up on the floor at the gate behind a row of seats. Nobel Laureate just asleep on the floor," MacLean, who now serves as the Chair of the IU Political Science Department, remembers.

Now some seven years after her death, as IU dedicates a historical marker in her honor, she breaks yet another glass ceiling as the university unveiled a picture of her statute that will someday grace the front of Woodburn Hall.

"It will be the first statute of a woman on the IU Bloomington campus," Indiana University President Michael McRobbie revealed.

So the woman who wrote about how the cultural and natural resources accessible to all of us, like air, water and the planet Earth will soon be able to inspire others as they enter Woodburn Hall to challenge the status quo.