The driver of the car swerved to avoid collision but sideswiped the bike, ejecting the driver. 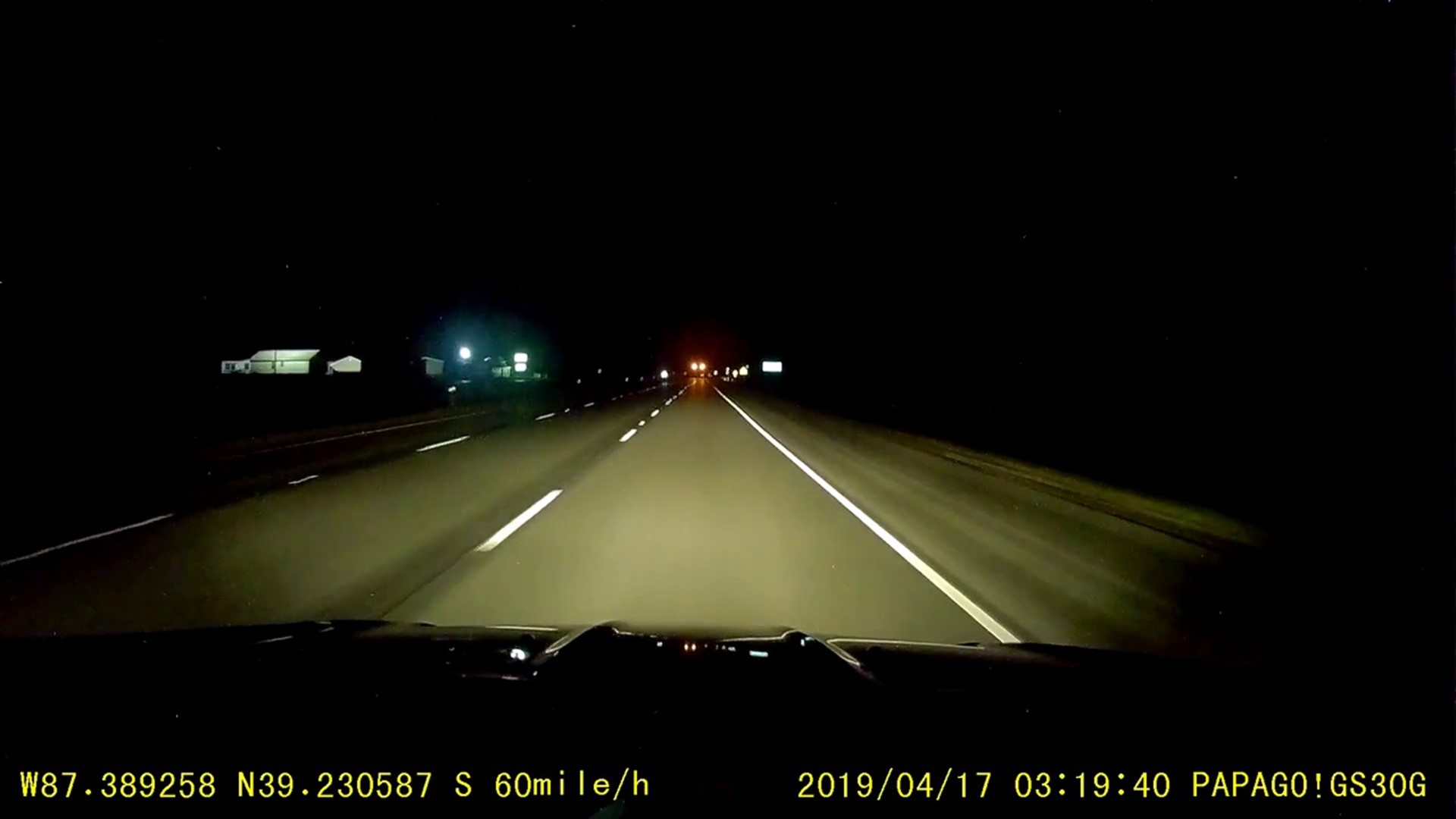 SULLIVAN COUNTY, Ind. (WTHR) — A teen was injured early Wednesday morning when the motorcycle he was driving was struck by a car and a pickup truck.

Police said the driver of a car didn't see the off-road bike because it had no taillights. Deputies described the motorcycle as "not street legal."

The driver of the car swerved to avoid collision but sideswiped the bike, ejecting the driver.

After the crash, a pickup truck struck the downed motorcycle. The collision resulted in a ruptured fuel tank and brief explosion, which was captured on another driver's dashcam.

The driver of the motorcycle, a 16-year-old male, wasn't immediately found.

A search ensued involving police officers and other first responders. Police eventually found the teen walking about a half mile from the crash location. Police said he admitted to being the driver and said he left because he was "scared and hurting."

The was taken to a hospital with shoulder and leg injuries, described as not-life-threatening.

No one else was hurt.