Two teens suffered injuries after a firework exploded in the car they were riding in Sunday. 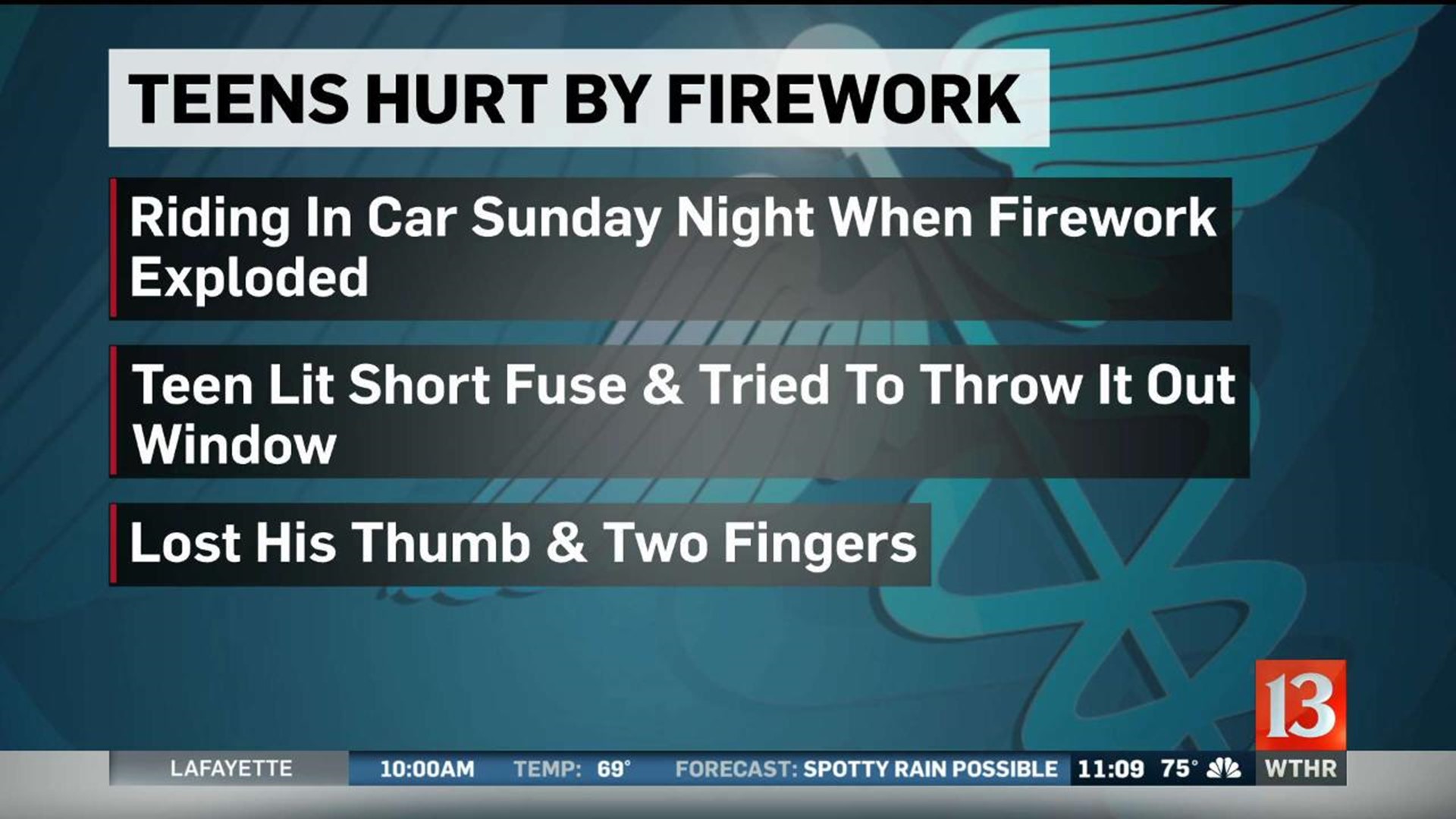 DALEVILLE, Ind. (WTHR) – Two teens suffered injuries after a firework exploded in the car they were riding in Sunday.

It happened around 1:30 a.m. near the intersection of Delaware County Road 500 West and County Road 800 West, the Herald Bulletin reports.

According to Delaware County Sheriff Capt. Tony Johnson, three people were in a truck when an 18-year-old in the back seat lit a short-fused firecracker and attempted to throw it out the window.

The 18-year-old lost his thumb and two fingers in the explosion. Another 18-year-old sitting directly in front of the teen with the firecracker, suffered injuries to the face.

The teen with the hand injury was taken to Community Hospital in Anderson and the second teen was taken to a Muncie Hospital, Johnson told our newsgathering partners at the Herald Bulletin.

He said one of the teens had just gotten off of work and the firework was one normally launched from a canister, but they had popped the top off the launcher and lit the short fuse on the fireworks inside.

Names and the status of the victim’s medical conditions were not available.