Sylvia Earle is a first-time finalist for the Indianapolis Prize, but she has been a conservationist longer than anyone else in the field. 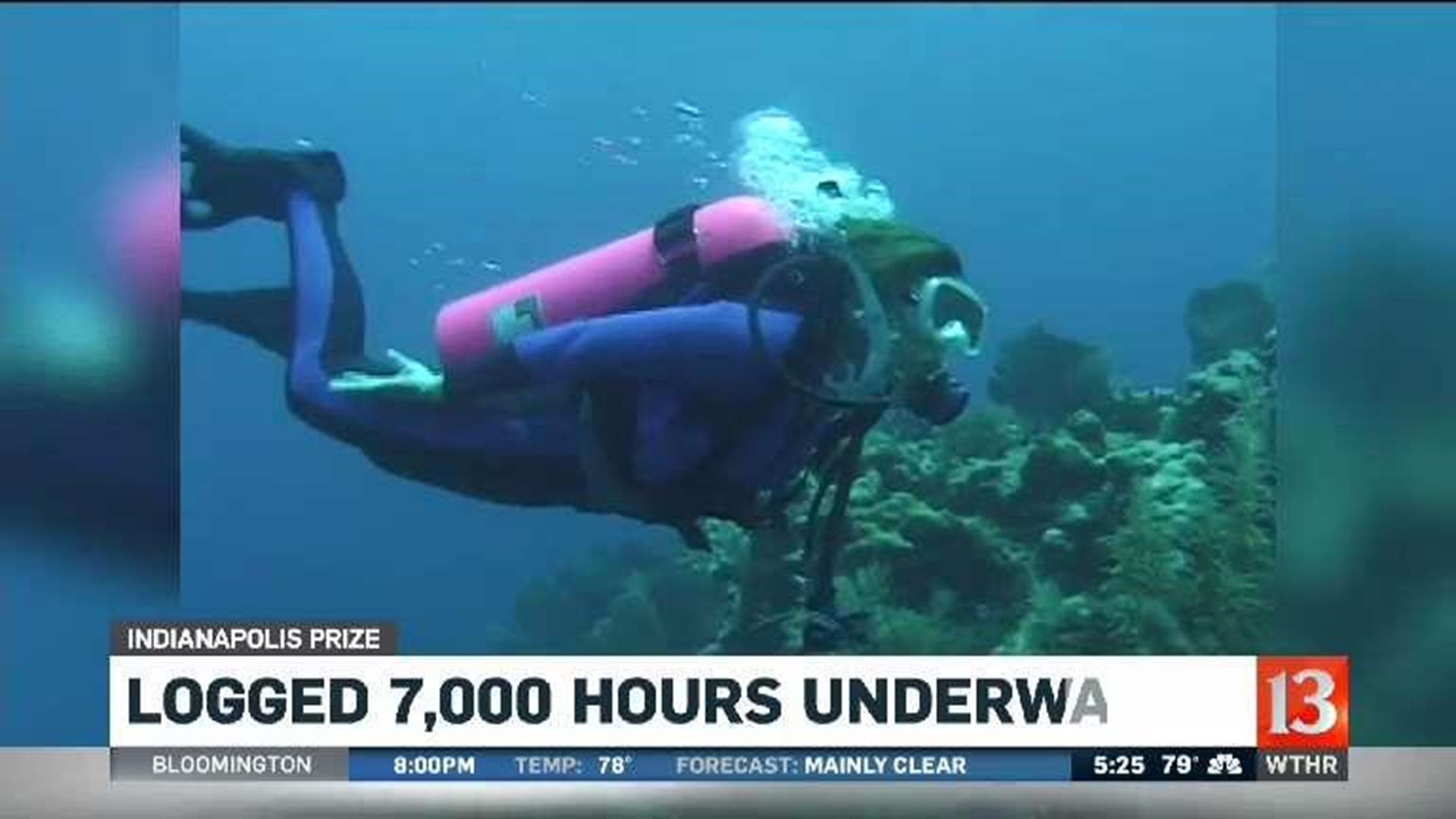 INDIANAPOLIS (WTHR) – Sylvia Earle is a first-time finalist for the Indianapolis Prize, but she has been a conservationist longer than anyone else in the field.

In fact, she might tell you that she can't remember not being aware of the natural world around her.

"As a child, like other kids, I was curious and asked questions", she says, "and it never stopped."

But, a big change in her life came when was 12 and her parents moved the family from New Jersey to Florida – where her backyard was the Gulf of Mexico.

She quickly became enamored of the salt water environment.

"There's no starfish in Fresh water," said Sylvia. "There are crabs – there were some freshwater crabs, but nothing like the ones I could see right here... And corals and sponges..."

She fell hard and has since taken her love for the ocean into the ocean, leading over 100 expeditions and logging over 7,000 hours underwater.

Her operations manager at her Mission Blue is Ian Griffith, who says "We build the tools to get there. It's a harsh environment. It's a place we weren't designed to be. So it takes some work to get there and we need to get there so that we can understand what is there, otherwise we lose it before we know about it."

Sylvia Earle founded the non-profit Mission Blue in 2009 and helped identify "hope spots" around the globe, which are ocean environments that need protection because of their important biodiversity.

There are 50 so far – and she is working with world leaders to designate more. A Netflix documentary of the same name in 2014 highlighted her life and work.

Throughout her long career – she has been a business owner, a scientist, a government administrator, author, and lecturer. She obviously knows a lot about the ocean and its delicate environment, but her real talent is making that relatable to others.

"She's never condescending, she's not heavy hitting, she doesn't stand high on a platform and say you should do this, you should do that", says Mission Blue Executive Director Laura Cassianai, " She has a way of just presenting this information that makes you feel warm and fuzzy and makes you care."

She is now into her 80's – but Sylvia says she will keep speaking up for precious ocean environments – as long as people will listen and she is training others (including her own grandchildren) to carry on her work.

People may be the main culprits in damaging the ocean environment, but they are also the possible solution.

"We are the agents of decline, but we are also the only creatures on earth who can look in the mirror and turn things in the other direction."

Again, she is one of six finalists for the prestigious Indianapolis Prize. The Zoo will award the unrestricted $250,000 prize on September 29.