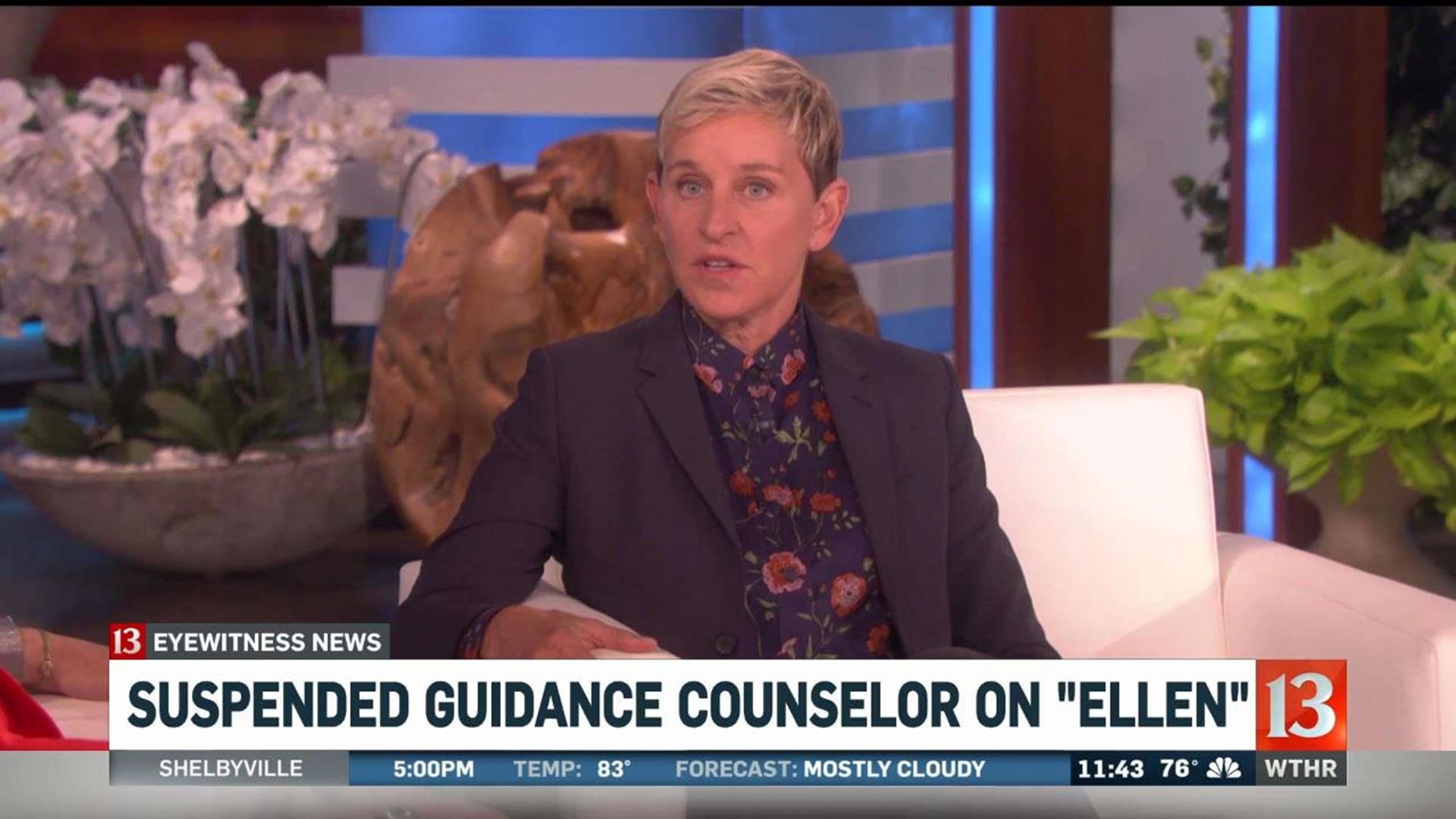 As Fitzgerald first shared with Eyewitness News a little more than a month ago, someone tracked down her marriage certificate showing she is married to a woman.

That person then got the certificate to school leaders and the archdiocese, who claim she violated her contract by marrying a woman. Fitzgerald claims they then decided to tell the world about it.

After describing the incident to Ellen, the TV show host then surprised Fitzgerald.

Five students from Roncalli came to be on the show sharing why they support her.

You can watch Ellen tomorrow afternoon at 3 p.m. on WTHR.