Supporters say removal of animals from Wildlife in Need is wrong

State officials there to remove more animals on Sunday were met with supporters of owner Tim Stark. 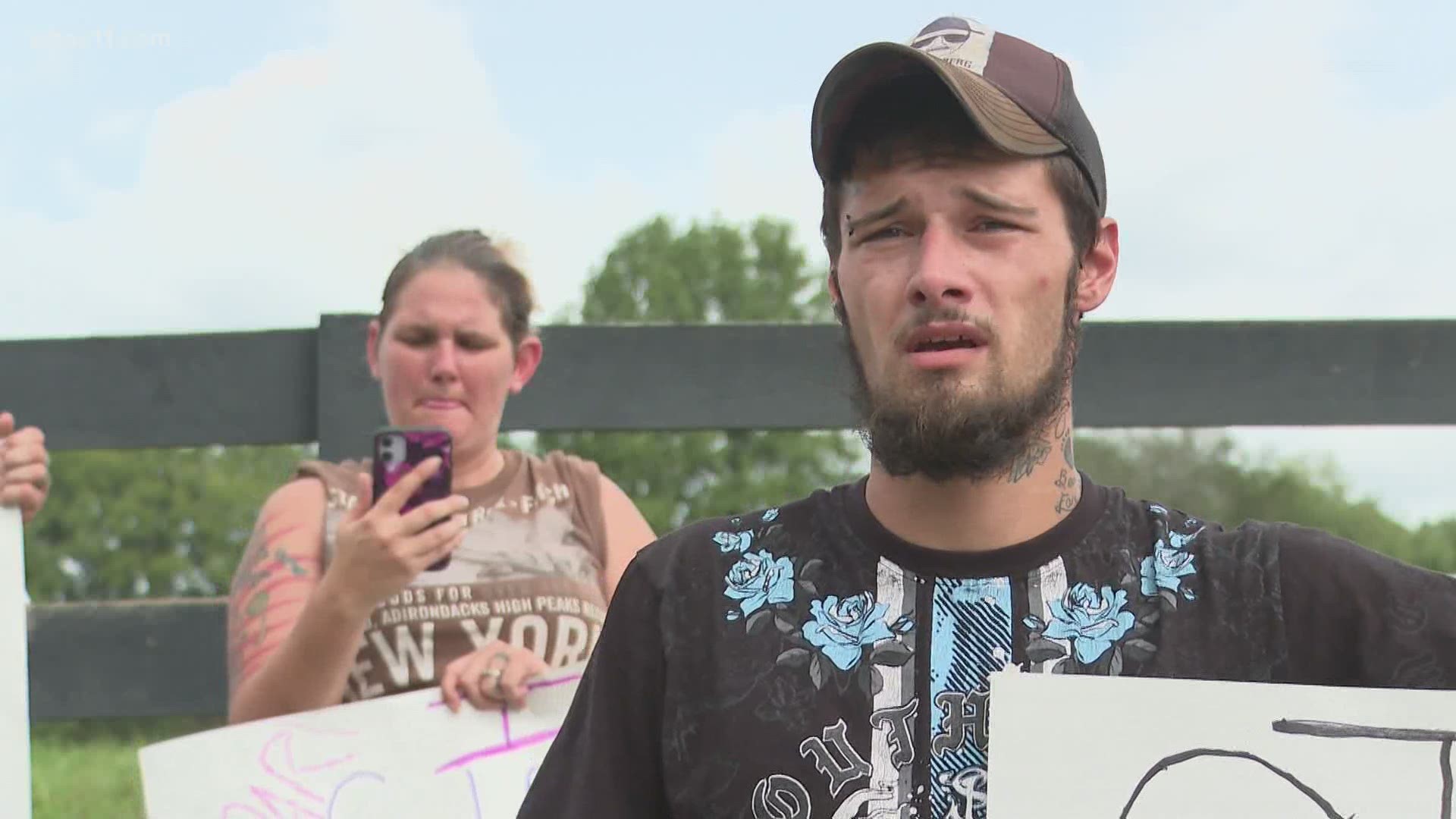 CHARLESTOWN, Ind. — As Indiana State officials returned to remove animals from an exotic animal facility, they were met with supporters speaking out on behalf of the owner.

The state ordered animals to be removed from Wildlife in Need and supported taking possession of the animals to ensure their health and welfare.

Supporters made signs and stood with them on the edge of the property.

They said what is happening to Tim Stark isn’t fair and is calling on others who feel the same way to stand up and say so.

“We are trying to be a bigger voice than just him. If you stand with Tim Stark, you should be out here protesting against this because deep down, you know it’s wrong,” Brandon Royalty, a supporter, said.

Royalty and his wife said they were former volunteers at Wildlife in Need and said Stark loves his animals and deserves to keep them.