Several Indiana lawmakers want to move the entire state back into the Central Time Zone. 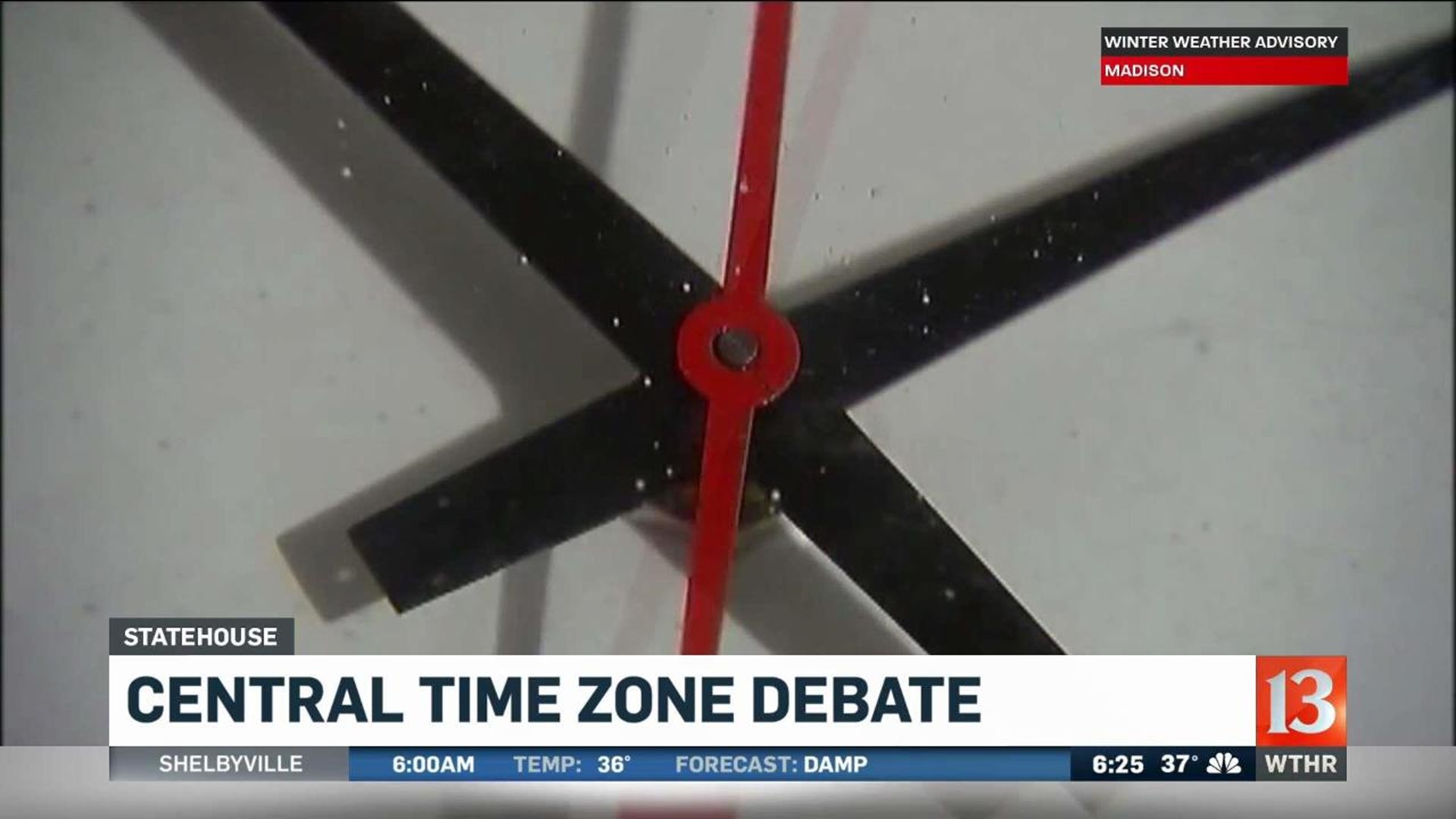 Walker's resolution, which was read last month and sent to the Committee on Homeland Security and Transportation, notes Indiana was under Central Time until 1965, when "existing technology" caused the move to Eastern Time to align with New York City and the eastern United States. That technology has been "negated" in the present day and the three-hour difference with the West Coast "creates costly inconveniences" in the business world.

"Should Indiana reconsider the time zone in which we live?" Walker said Wednesday. "The truth of it is based on the path of the sun and the course of the day. All of the geography of Indiana lies within what would be the Central Time Zone.

Walker continued to say he hopes to start the conversation on unifying the state "so we all live in which time zone (where) we are physically located."

"I don't really know the reason, I just wish we wouldn't switch at all," Rolinda Evan said with a chuckle downtown Wednesday.

The committee recommended passing the resolution with a 5-1 vote on Tuesday.

Walker says 50 Indiana school board and 25,000 Hoosiers have signed a resolution supporting the move back to Central Time.

Walker introduced a resolution in 2014 urging the State Senate to petition the U.S. Department of Transportation to place Indiana back in the Central Time Zone. That resolution did not make it out of committee.

The 2014 resolution said the move to Central Time "would return most of Indiana to normal times for daylight and darkness." The resolution also refers to the time zone debate as "a continuing issue of controversy in the state."

"The general assembly finds that it would be in the best interest of the citizens of Indiana to be located in the Central Time Zone," it read.

The resolution also included a section that noted the petition "should not prejudice, in any way, the ability of any Indiana county to seek to be placed in the Eastern Time Zone under the procedures prescribed by federal law."

Currently, 12 Indiana counties - six in northwest Indiana and six in the southwest part of the state - are part of the Central Time Zone. That change

Walker wrote four years ago that observing Central Time would "return most of Indiana to normal times for daylight and darkness." Daylight Saving Time would presumably still be observed, but Indiana clocks would be aligned with Chicago and St. Louis instead of Cincinnati and Louisville.