State adds to blue-green algae advisory at some lakes, waterways

The Indiana Department of Environmental Management says that seven lakes in the state have high levels of blue-green algae. 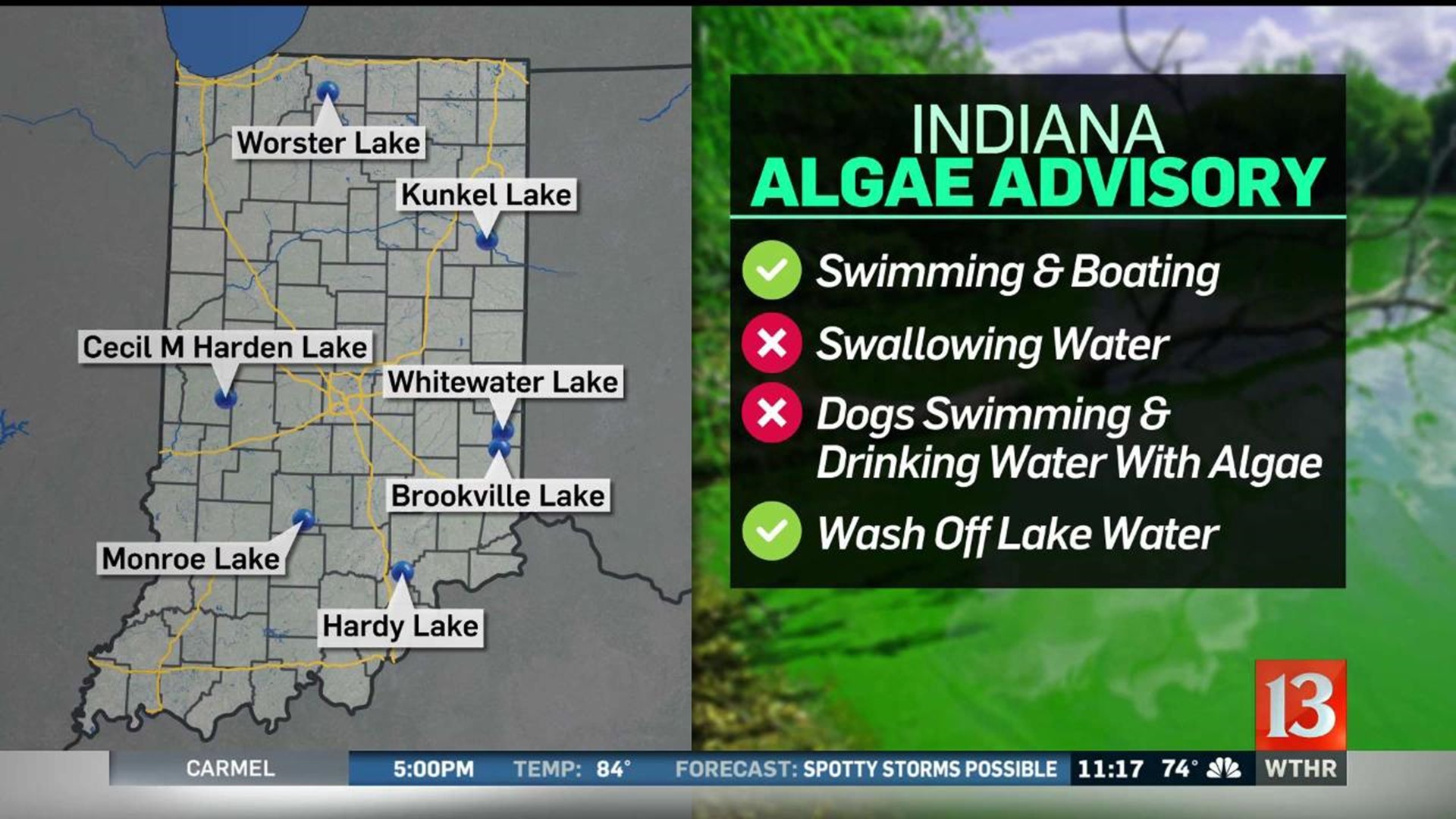 INDIANAPOLIS (WTHR) — The Indiana Department of Environmental Management says that seven lakes in the state have high levels of blue-green algae.

The algae has made headlines in the past week after several dogs died from swimming in lakes with high levels of the algae.

The following areas are on an advisory for "high cell alert" for blue-green algae:

The algae is actually a bacteria found in freshwater lakes, streams and ponds, according to petpoisonhelpline.com. It can produce toxins that can be deadly to pets and harmful to humans.

For Mississinewa Lake, swimming and boating is still allowed. However, children with compromised immune systems should not swim and everyone else should shower with soap and water after swimming.

IDEM reported that while swimming and boating is still permitted at the lakes under an advisory, you should not swallow the water and be sure to shower after swimming.

Pets should not swim in or drink the water.