As communities across Indiana work to prevent the spread of the coronavirus, jails have begun releasing low-level offenders early in an effort to reduce the inmate population. 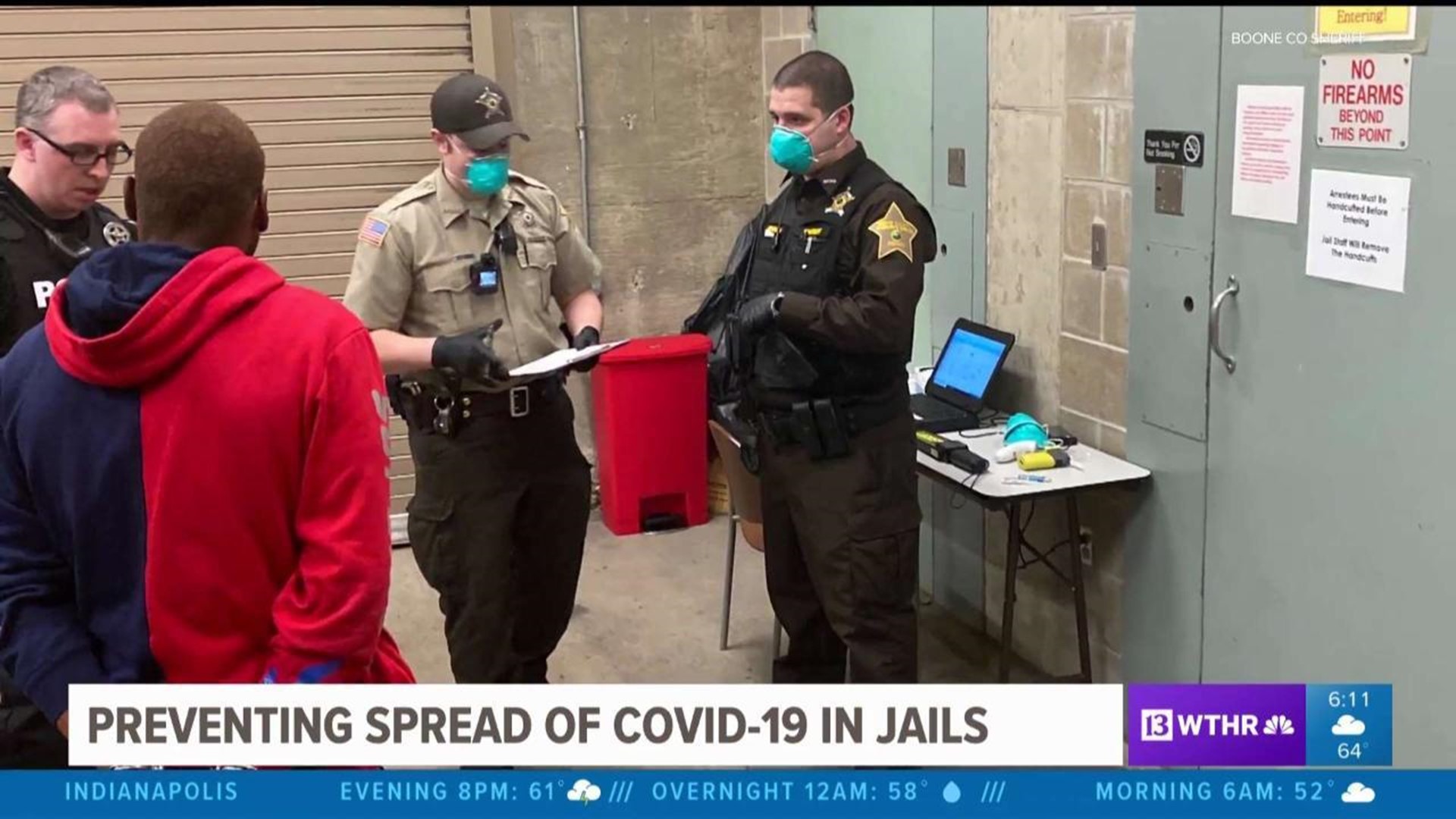 BOONE COUNTY, Ind. (WTHR) — As communities across Indiana work to prevent the spread of the coronavirus, jails have begun releasing low-level offenders early in an effort to reduce the inmate population.

Boone County Sheriff Michael Nielsen said his biggest priority is to prevent the virus from infiltrating his jail.

There were nearly 200 inmates behind bars on Thursday.

"With the concentration of people we have here, (it would) spread very quickly," he said.

So in addition to screening each inmate and employee each day with a thermometer and stepping up cleaning procedures, Nielsen along with prosecutors, public defenders and the court system have been working together to release some inmates who have nearly finished their sentences.

"They're either gonna be on house arrest or probation," said Nielsen. "We were able to reduce our inmate population by 15 people that way."

In Montgomery County, the jail population has gone down by about 100.

In Hendricks County, a spokesperson for the sheriff's office said no inmate sentences were shifted to probation or home detention, but the courts have ordered 18 inmates released early.

"These inmates were post-conviction detainees and were serving their sentences at our facility," said Capt. Amanda Goings. "Those who were released were between a few days and a couple weeks prior to completion of their full sentences."

The inmates are described as non-violent and low-level offenders serving time for crimes like probation violation or driving while suspended.

From Florida to Colorado to California, correctional facilities across the country are doing the same.

It's a reality that, like the rest of us, Nielsen never imagined.