Mississinewa Community Schools in Grant County will be among the first in the state to install walkthrough metal detectors in their schools. 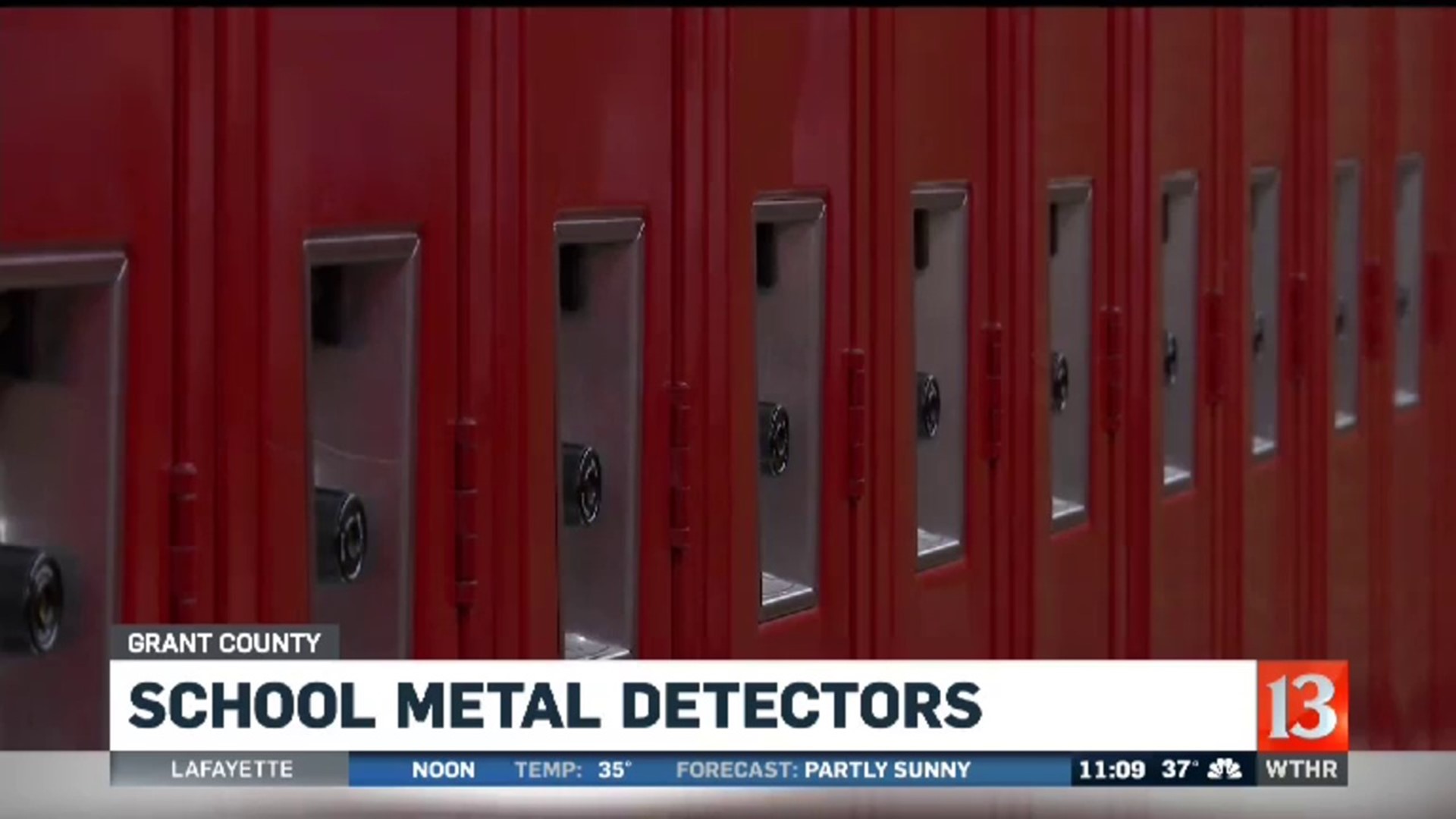 GAS CITY, Ind. (WTHR) - Mississinewa Community Schools in Grant County will be among the first in the state to install walkthrough metal detectors in their schools.

Monday night, the school board approved the use of metal detectors at the district high school and middle school. The school system plans on purchasing six units, costing about $4,000 a set.

“We’ll probably have it set up to be at the middle school one or two times a week and 2-3 times week at the high school on a random basis,” said Superintendent Tab McKenzie.

McKenzie began thinking about using metal detectors after 17 students were killed in Parkland, Florida last year. Then this school year, the district had to address an online threat that turned out to be non-credible.

The units, manufactured by Ballistiglass out of Parkland, Florida, can have their sensitivity adjusted so they will pick up dense metal objects like firearms, but not smaller items like belt buckles and keys.

McKenzie said he wanted something that wouldn’t interrupt the normal flow of getting school started.

School officials hope to have the units ready to go by the time students return from spring break for a test period and want to fully roll out the detectors by the start of next year.