Roncalli graduate encourages LGBTQ youth to be part of the change

Roncalli High School graduate and gay activist Dominic Conover shared his story with his own article on Advocate. 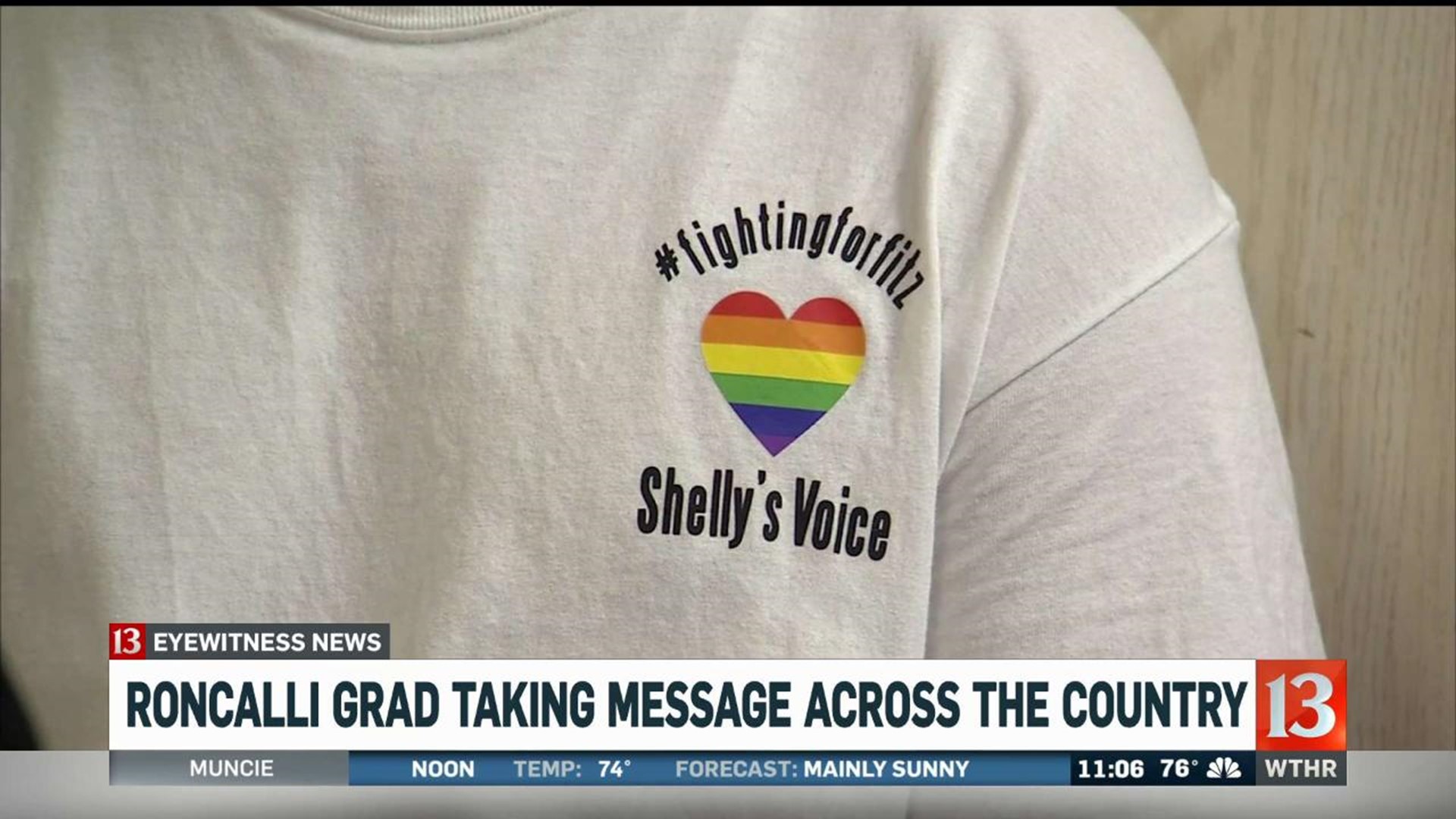 INDIANAPOLIS (WTHR) — "It's time for me to speak out and it's time for you to start pushing for change if you haven't already."

Roncalli High School graduate and gay activist Dominic Conover shared his story with his own article on Advocate, a bi-monthly LGBTQ news magazine and website.

The article, titled, "I Won't Let the Catholic Church Silence Any More LGBTQ Students," focuses on Conover growing up in the Catholic school system and continually being discouraged from speaking out for what he thought was right.

He said school officials would tell him he was leading people away from Christ and the school wasn't the right fit for him.

Just a few months before his high school graduation, Conover said the school administration urged him to remain silent because they "wanted" to let him walk on graduation day.

Conover said he isn't letting anyone silence him now.

On July 30, philanthropist and businesswoman Ariadne Getty will be recognized as Variety's Philanthropist of the Year for her continued support and contributions for the LGBTQ community.

Conover will serve as the keynote speaker at this year's event in California, where he will share his story of coming out, his treatment from the school and Archdiocese of Indianapolis, and his involvement with Shelly's Voice.

Shelly's Voice works to urge the Archdiocese of Indianapolis to change its employee morality contract to "allow the LGBTQ community to shine their knowledge and talent as valid employees of the Catholic Church."

Roncalli students launched the advocacy group after the school placed Shelly Fitzgerald on administrative leave in August 2018 after learning she was married to a woman.

Conover concludes his article with words of encouragement for his fellow LGBTQ youth: "I believe in you and you have amazing people standing up for you every day. You will get through this. I promise."