Dozens of people turned out for a vigil Sunday night in Richmond, following what appeared to be an attempted school shooting at a middle school last week. 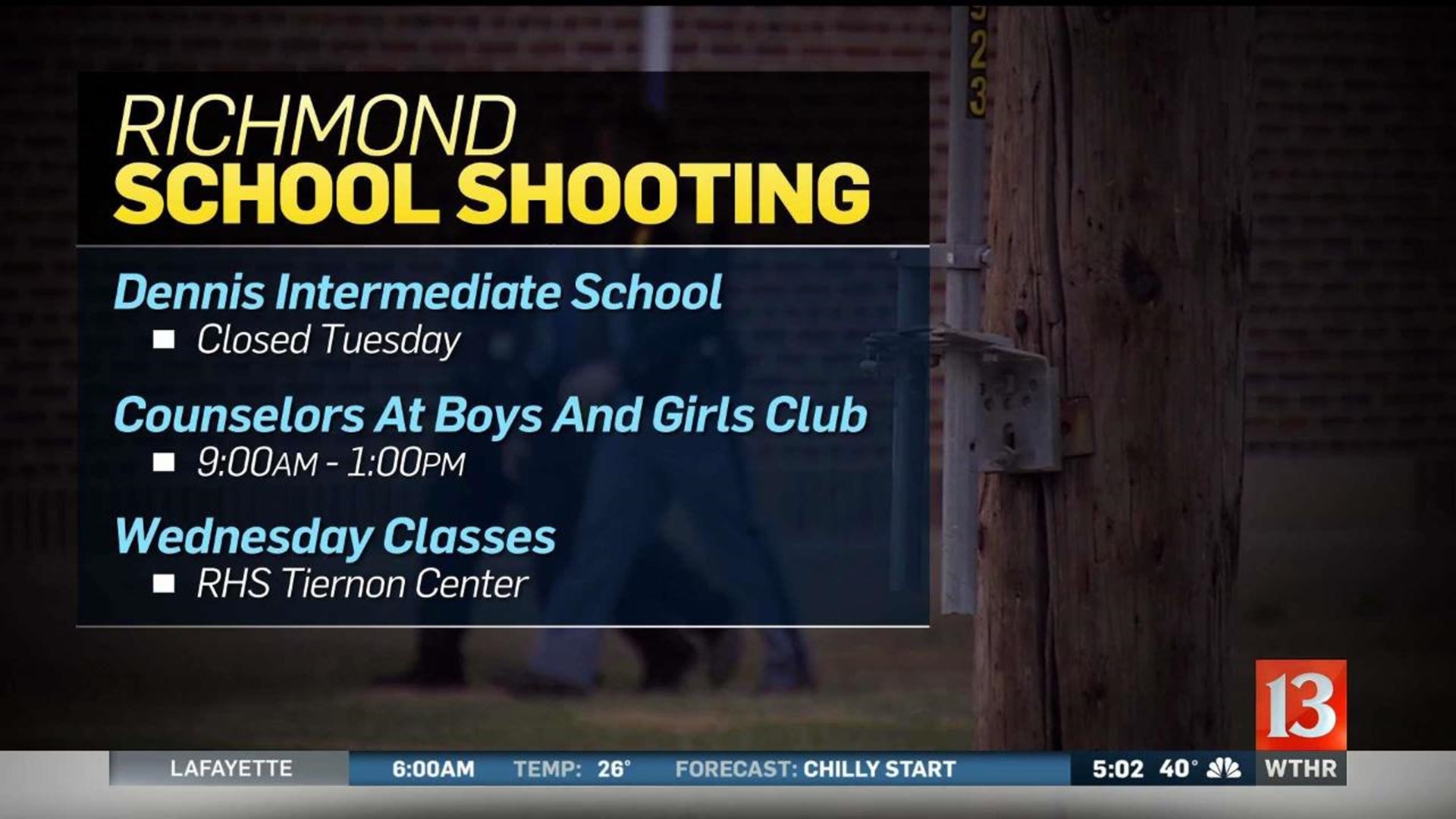 RICHMOND, Ind. (WTHR) – Dozens of people turned out for a vigil Sunday night in Richmond, following what appeared to be an attempted school shooting at a middle school last week.

However, the vigil Sunday was in support of the family of the suspected shooter, Brandon Clegg.

People showed up and met with Clegg’s mother, Mary York, and prayed with her. Clegg died Thursday from a self-inflicted wound after a shootout with police at Dennis Intermediate School.

“She’s a human. She’s a mother. She lost her child. We wanted to bring her to let her know that she is supported too because at the end of the day she did a lot. She saved a lot of lives,” said Shawn Wright who organized the vigil.

Investigators say it was York who called 911 Thursday saying her son was headed to Dennis Intermediate School armed with a gun.

Clegg was met at the school by police and took his own life after a shootout with officers.

York was not ready to talk publicly about the incident but other family members did.

Thomas York was Clegg’s cousin and says he had just talked to him a few days before what happened.

“He seemed cool, fine, not to stressed out about anything that’s why it was a shock to all of us. My sister told me it was him and it was like ‘wow,’” said Thomas York.

The teen's family says he was bullied. Not that it’s a justification, but to help understand.

“It destroys me to think that a kid would have to go and show his anger at a school and that he would go as far as shooting at people or towards people and had that hate in his head that no one cared for him or no one was there for him. It sucks,” said Thomas York.