The niece and nephew of notorious bank robber John Dillinger said they have reasons to believe Dillinger is not buried in Crown Hill Cemetery. 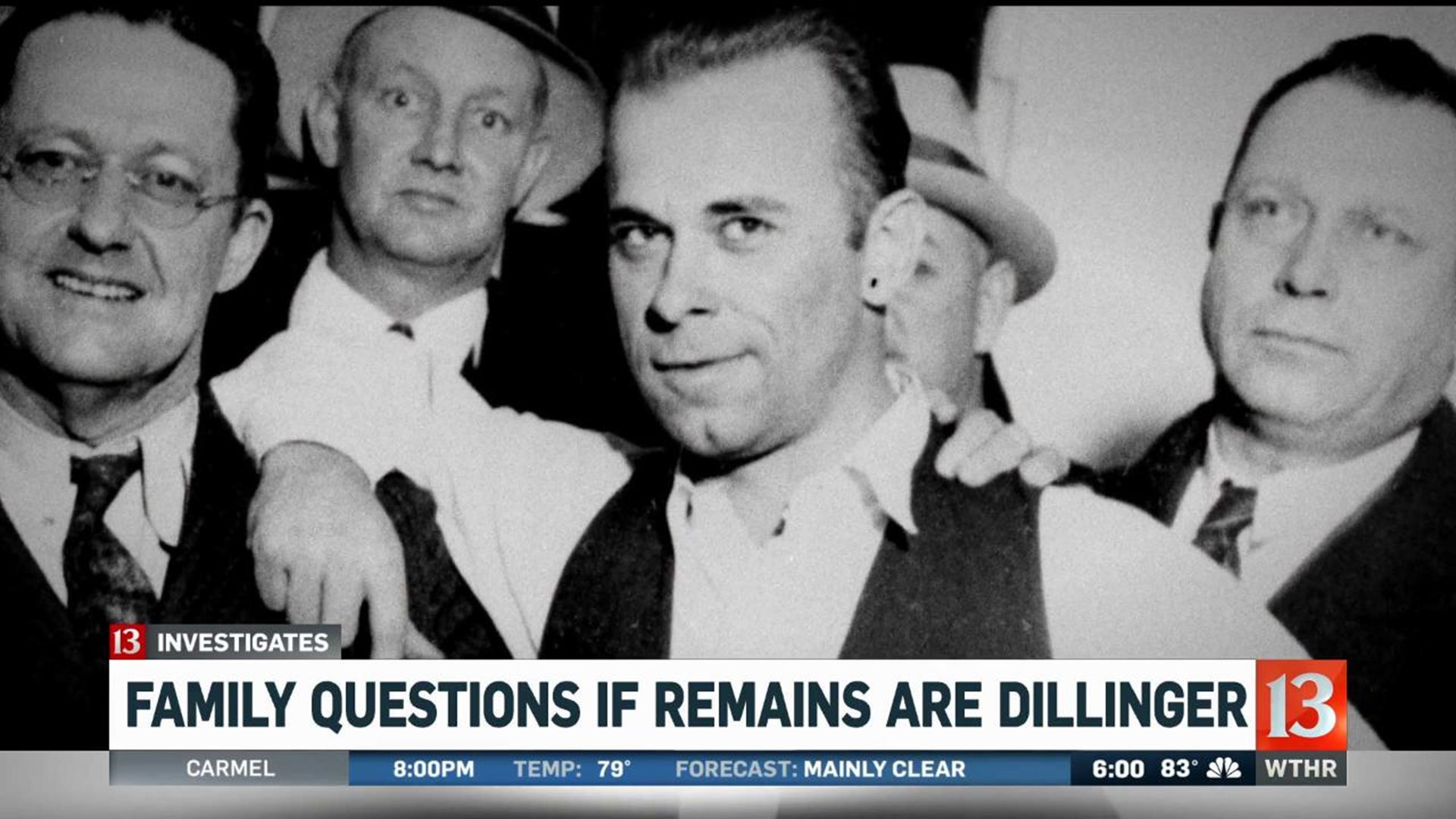 INDIANAPOLIS (WTHR) — The niece and nephew of notorious bank robber John Dillinger said they have reasons to believe Dillinger is not buried in Crown Hill Cemetery.

Mike is the relative who applied for the permit back in June to have Dillinger's grave exhumed. Another relative whom Eyewitness News' Alyssa Raymond spoke with on Aug. 1, 2019, said he disagrees with the exhumation and called it "disrespectful and shameful."

In the affidavit, Mike said he's "been presented with evidence that demonstrates that the individual who was shot and killed at the Biograph Theater in Chicago on July 22, 1934 may not in fact have been my uncle, John H. Dillinger."

He said that evidence includes a non-match of eye color, ear shape and a protrusion from the head. According to him, the fingerprints also did not match; there was an existence of a heart condition which Dillinger did not have and a non-match of anterior teeth.

In this affidavit, Mike said if the FBI killed the wrong man it's important to find out who's in the grave at Crown Hill Cemetery.

While Eyewitness News has confirmed that the exhumation of Dillinger's body is part of an upcoming documentary on History Channel, it's still unclear when the proposed exhumation might take place.

The permit lists a date in September, but that date has not been firmly set because it hasn't been completely approved yet.

Thursday afternoon, the Chicago office of the FBI worked to dispel the rumors on social media.

#DYK some think a stand-in was killed at the Biograph Theater instead of Dillinger?

If it sounds like a conspiracy theory, that’s because it is. A wealth of information supports Dillinger’s demise including 3 sets of fingerprints, all positively matched.