Purdue quarterback David Blough and Tyler Trent were together through it all. 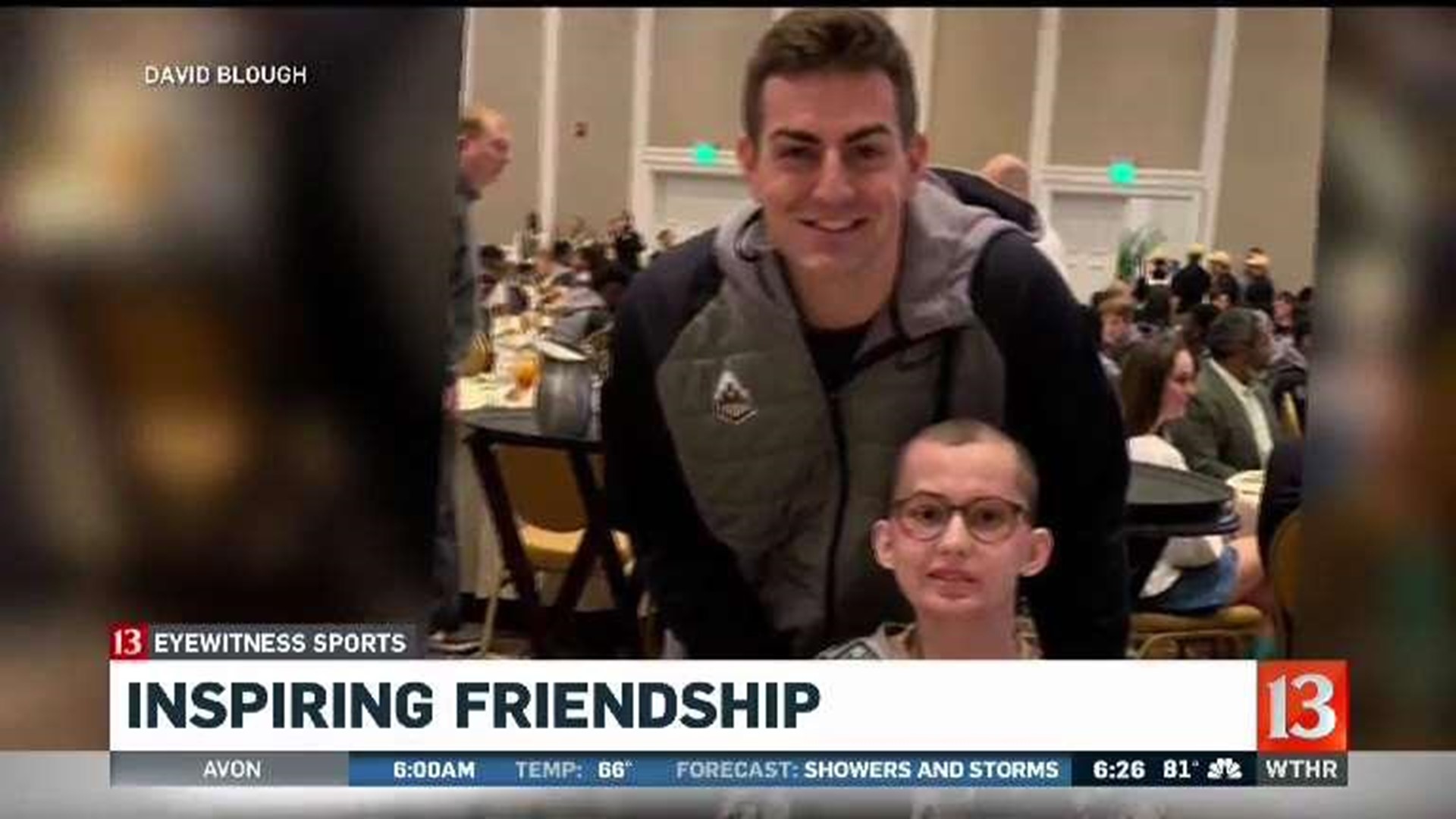 CARMEL, Ind. (WTHR) - When former Purdue quarterback David Blough came to Indianapolis for a pre-draft workout with the Colts in April, he stayed with Tony and Kelly Trent in Carmel.

The Trents have become like family after their son Tyler's battle with cancer inspired David's Boilermakers through a special season.

"When people get inspired, don't ever question what they can do,” said Blough, sitting on a couch in the Trent’s family room.

Rest In Peace to my friend, my captain, my brother, my hero. You inspired us all by the way you lived. I love you, and I can’t wait to see you again. Forever #TylerStrong. pic.twitter.com/pAJAdtL6v8

David might as well be talking about his own comeback story. David's 2017 season ended with a dislocated ankle on Nov. 4 against Illinois.

"I was running and my cleat got stuck and I felt this intense burning in my ankle,” said Blough.

David underwent surgery three days later with a plate and six screws inserted in his ankle. His goal was to return for spring football. He took his first unassisted steps on Thanksgiving Day.

"I knew that a six-month recovery, I was going to give it everything I had,” said Blough. “We turned it into four. I had to be back on the field to compete."

David did not miss any of the 15 spring practices. But he did not win back the starting quarterback job until September. The Boilermakers were 0-3.

"All this adversity, I'm thankful for it,” said Blough. “I really am, because it's made me who I am sitting here on this couch, better for it and better today than when I walked into the storm I was about to face."

The Boilermakers won their next four games. After Purdue won at Nebraska September 29, David led a group of teammates to present the game ball to Tyler and pray for him at his hospice bed in the Trent’s former dining room in Carmel.

"It was incredibly special to at that point really make the connection,” Blough said. “The friendship blossomed."

David went on to lead the Boilermakers to an Old Oaken Bucket victory that qualified Purdue for the Music City Bowl.

David and Tyler were together for all of it, including a special honor for Tyler at the College Football Awards ceremony. David pushed Tyler in his wheelchair onto the stage in Atlanta, Georgia, December 6.

Tyler died January 1, just a couple days after returning from the Music City Bowl in Nashville, Tennessee. David spoke for the Purdue team at the service celebrating Tyler’s life.

"He was my son's friend and he's an incredible person,” said Tony. “This is what it looks like to be a godly man. You lead courageously, accept responsibility. You reject passivity and you expect God's reward is true reward. I think David is a person that has all those attributes."

Family! Means more than you know for you all to be with us. https://t.co/ATvqGpGWEM

No NFL teams selected David in the draft, but he signed as a free agent with the Cleveland Browns. He might want to coach football one day. But he wants to keep playing as long as he can and now has another chance to compete.

Blough is honored as one of four recipients of the Brady Comeback Award. WTHR is a proud partner in the Methodist Sports Medicine Brady Sports Achievement Awards and Dinner at the Crane Bay in downtown Indianapolis on May 10.