A three-month-old puppy is dead after it was attacked by another dog in Lebanon. 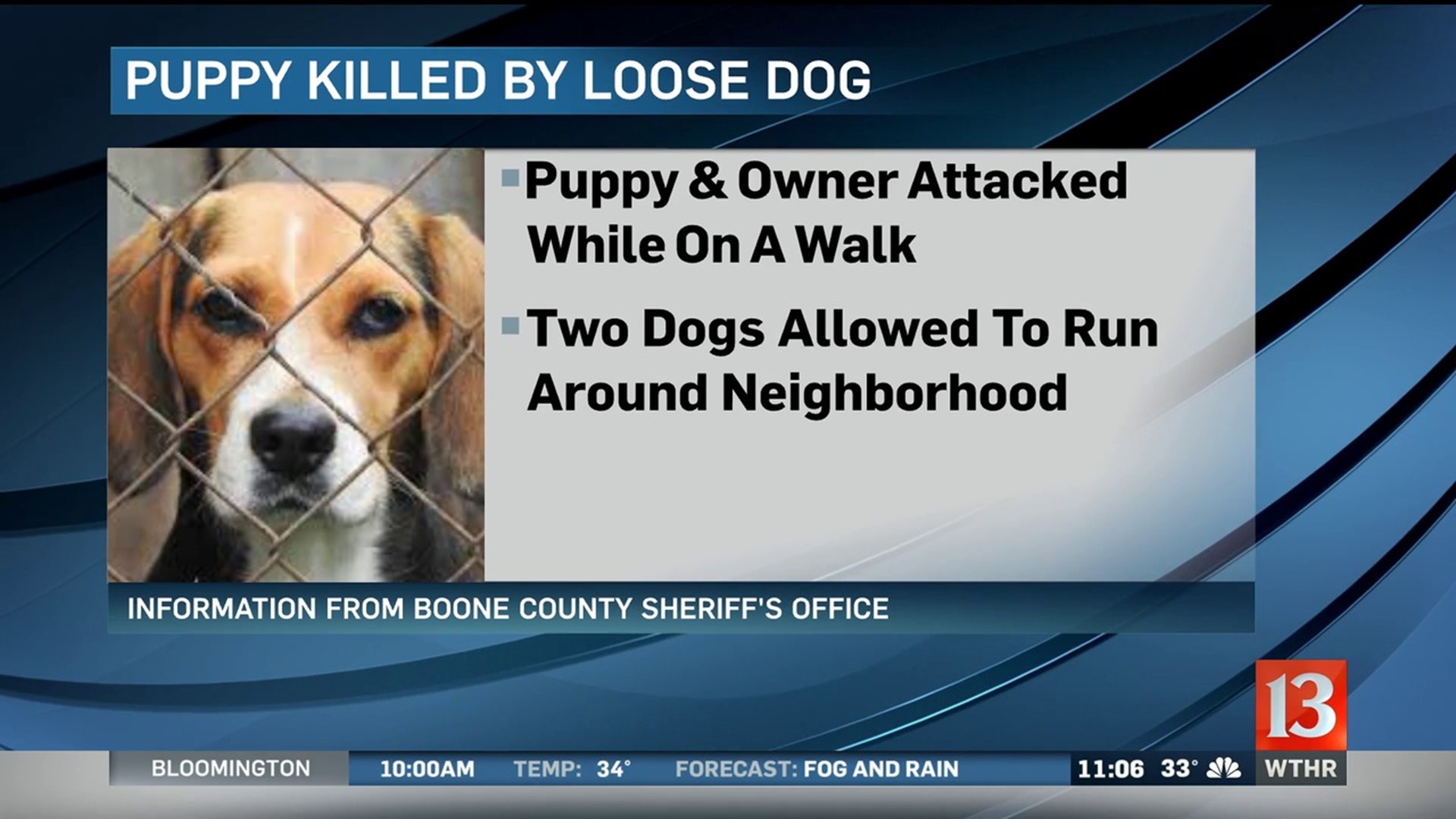 LEBANON, Ind. (WTHR) – A three-month-old puppy is dead after it was attacked by another dog in Lebanon.

On Thursday, the puppy's owner was taking it for a walk.

They were attacked by a loose dog before even leaving their front yard.

The dogs' owner, 36-year-old Amanda Jordan, is being cited for letting the dogs out and not keeping the dogs up to date on immunizations.

The three-month-old dog's owner, Glenn Sparks, suffered a minor injury to the hand due to the dog leash cutting his finger.

The Boone County prosecutor is reviewing the case and charges are possible.