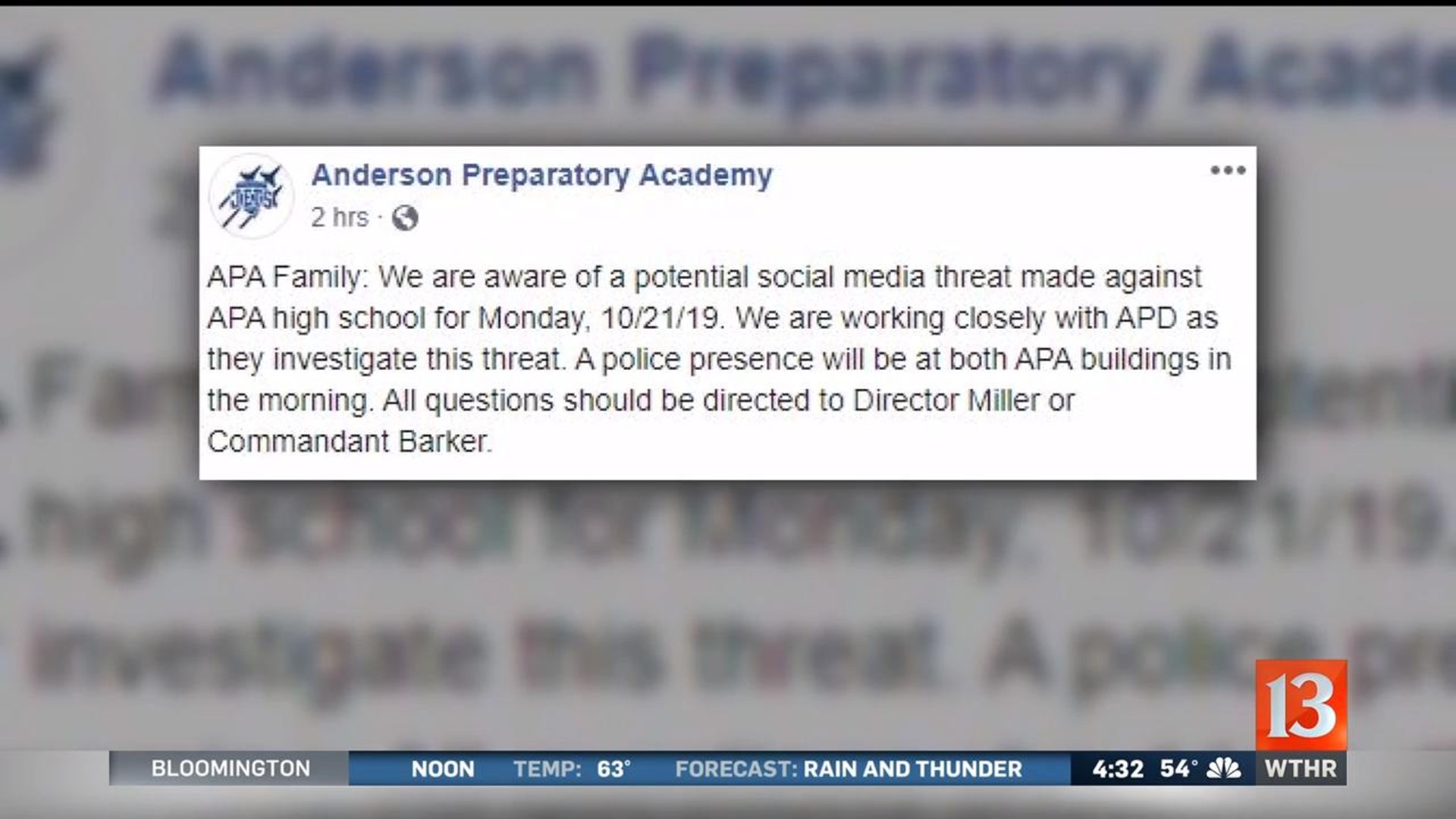 The school alerted students, parents and staff to the potential threat, which police described as "student-to-student" and posted on social media.

Officers say they made contact with the student in question and student’s guardian concerning the social media post.

Anderson police confirmed they are assisting APA, as requested by Superintendent Jill Barker, who notified the Anderson Police Department of the incident Sunday night Oct. 20 11:30 pm.

Barker asked police for a heightened presence at the school’s two locations Monday in areas where students enter for morning classes. Police will remain in place during class time.

The school's message was sent via email and posted on Facebook and said, "APA Family: We are aware of a potential social media threat made against APA high school for Monday, 10/21/19. We are working closely with APD as they investigate this threat. A police presence will be at both APA buildings in the morning. All questions should be directed to Director Miller or Commandant Barker."